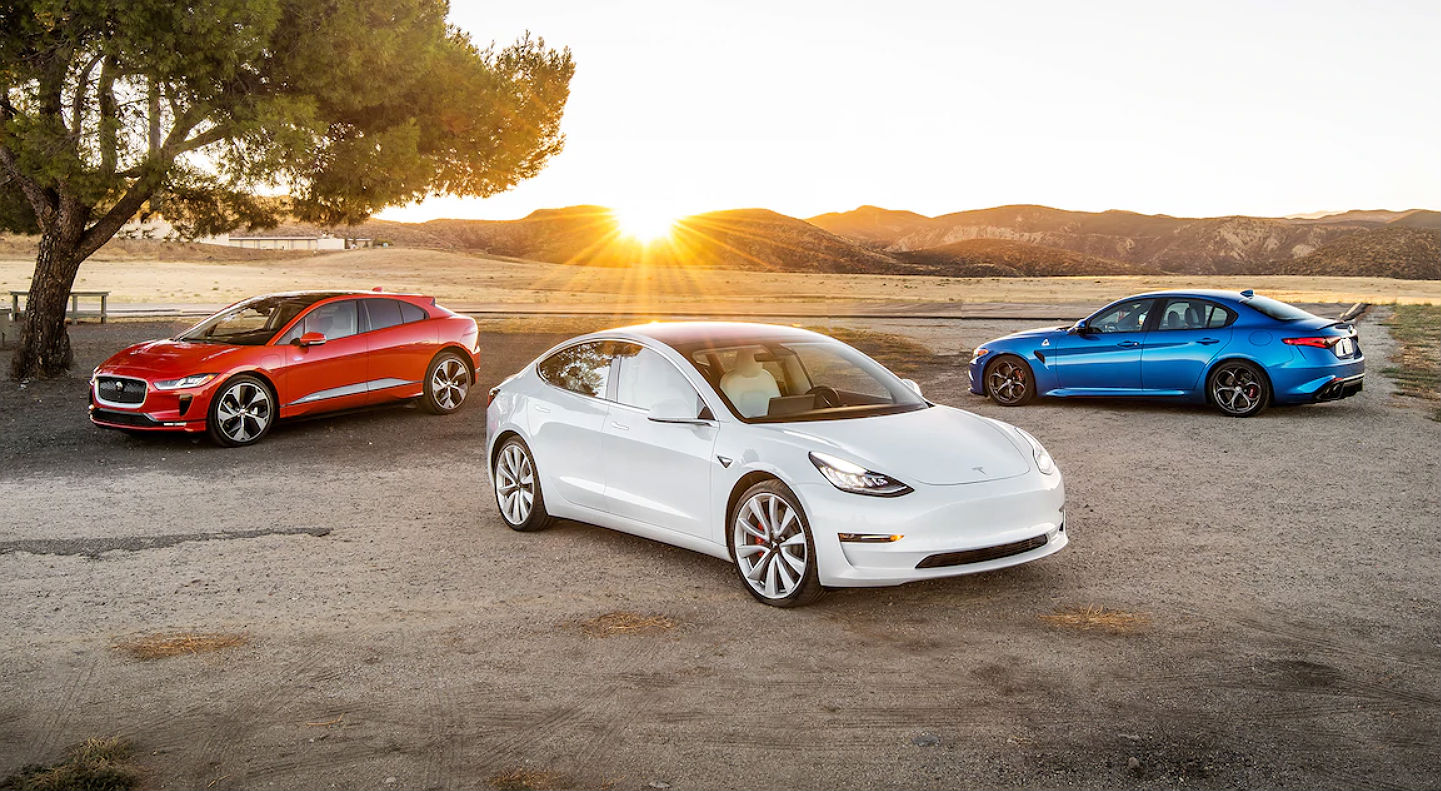 While the Model S and the Model X are monsters on the drag strip, the premium electric cars have developed a reputation for being ineffective during extended track driving. Tesla aims to shatter this perception with the Model 3 Performance, as the vehicle is designed to be the first of the company’s electric cars that is competitive on the racecourse. Tesla is even preparing a specific and aptly-named mode for the vehicle to achieve this goal — “Track Mode.”

The Tesla Model 3 Performance has been getting universally positive reviews from numerous publications, from the Wall Street Journal to Car & Driver. Reviewers have praised the vehicle for its handling and quickness, as well as its sheer fun factor when driven hard. Auto publication Road & Track even sampled the Model 3 Performance’s upcoming “Track Mode” feature, which allows the vehicle to perform impressive high-speed maneuvers on a racecourse.

Tesla’s Track Mode for the Model 3 Performance was recently put to the test by auto publication MotorTrend, which held comparative tests pitting the electric sedan against the Alfa Romeo Giulia Quadrifoglio, as well as another all-electric car, the Jaguar I-PACE EV400. The tests, which involved track testing all three vehicles by veteran race driver Randy Franklin Pobst, allowed the publication to analyze how the Model 3 Performance stacks up against a fellow track-capable EV and the best fossil fuel-powered sports sedan available today.

Needless to say, the results of the tests were very compelling.

It was easy to determine that among the three, the Jaguar I-PACE EV400 was at a disadvantage, particularly due to its 4,946-pound mass and its substantial ride height. The I-PACE’s electric motors, which produce a combined 394 horsepower, are also 22% less than the Giulia Quadrifoglio. These disadvantages were evident when the veteran driver took the electric crossover around the “Streets” of Willow Springs International Raceway in CA, as the I-PACE took 1:27.00 to complete a lap.

True to its reputation as the best sports sedan in the market today, the Alfa Romeo Giulia Quadrifoglio completed the lap in 1:22.78, 1.12 seconds faster than the Model 3 Performance. Pobst noted that the turbocharged V6-powered vehicle “does exactly what you expect. No surprises. Always predictable.” After two sets of hard laps, though, half of the Alfa Romeo’s Pirelli P Zero Corsa AR Asimmetrico front tires were all but gone. The Model 3 Performance’s Michelin Pilot Sport 4S tires, on the other hand, were at worst scuffed. A Tesla engineer remarked to the publication that the Model 3 Performance could match the Giulia Quadrifoglio’s time if they were willing to compromise the vehicle’s tires as well.

Ultimately, MotorTrend‘s track tests show that the Model 3 Performance, at its current state, is still not quite enough to topple the auto market’s best sports sedan. That said, Track Mode, despite being a work in progress, is a very strong baseline. The publication noted that for now, it would be wise to look at Tesla’s Track Mode for the Model 3 Performance as Version 1.0 of the feature. Once Version 2.0 is ready, then vehicles such as the Alfa Romeo Giulia Quadrifoglio would also be wise to fear Tesla’s first track-capable vehicle.

Even without Track Mode, the Tesla Model 3 Performance is already starting to win over veteran auto enthusiasts, including longtime enthusiasts of legacy carmakers like BMW. Moshen Chan, an indie app developer who has been a BMW fan for ~20 years, noted that Tesla’s electric car “absolutely outperforms anything BMW has to offer today.”

The Model 3 Performance’s Track Mode is one of the electric sedan’s most compelling features. Describing the feature in an interview with YouTube tech host Marques Brownlee, Musk likened Track Mode as an “Expert User Mode” for drivers.

“Track Mode will open up a lot of settings. You can adjust settings, and it’s kinda like an ‘Expert User Mode.’ You can sort of adjust traction control, adjust battery temperature. You can basically configure a bunch of things, and it will tell you, like ‘Hey, you know if you do this, it’s a bit risky. You’re gonna wear out your brakes sooner; you might blow a circuit.’ But like, it’ll be clear — like, you know, this is the risk you’re taking. It’s kinda like if you have a graphics card in a computer. You can go in there and change the settings, and you can overclock things,” Musk said.