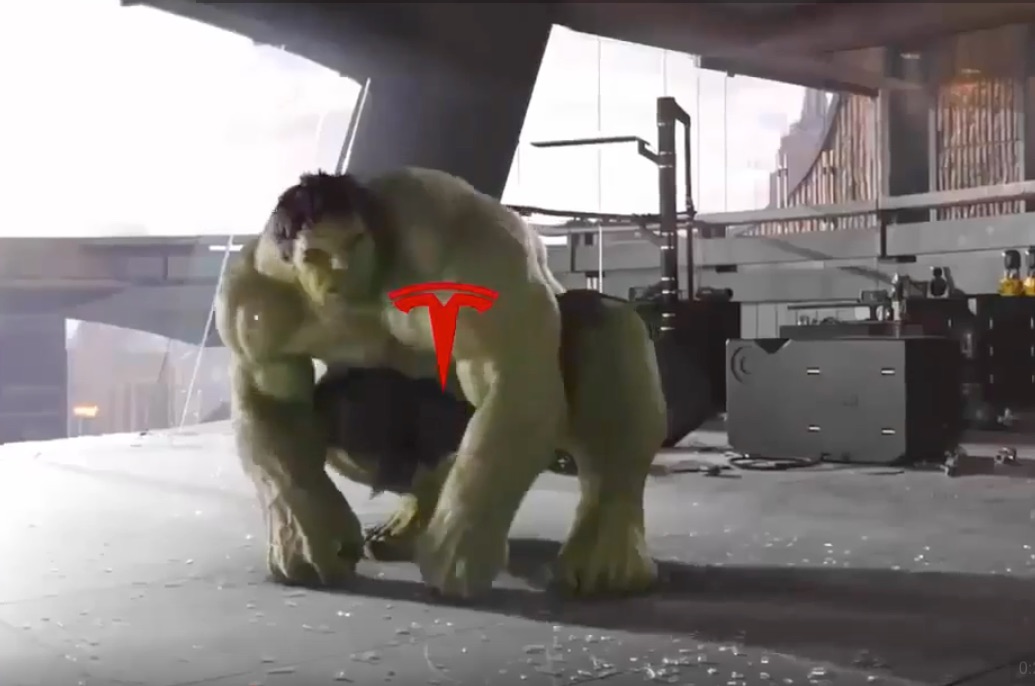 A new video surfaces from the same folks that brought us the parody of Tesla’s onslaught against luxury automakers that enter the electric vehicle space, this time providing a humorous look at the Model 3 doing a Hulk Smash against GM’s Chevy Bolt.

Video sent to us from Tesla Motors Fans of YouTube.

The battle between the Tesla Model 3 and GM’s Chevy Bolt has been heating up ever since the luxury electric vehicle maker announced that it had received nearly 400,000 reservation deposits on its upcoming affordable mass market vehicle. However, with the Model 3 still a speculative 18 months away from production and the Chevy Bolt in pre-production and likely to go on sale by the end of this year, the big Detroit automaker has been taking jabs at Model 3 reservation holders about their unnecessarily long wait time.

As reported by the Detroit Free Press reports via BGR:

“I am very proud of the Chevrolet Bolt that’s coming out, which will be the first to market as a long-range affordable battery electric vehicle,” Nicholson said today at an engineering conference in Detroit. “It will have more than 200 miles of range and it will be in production by the end of 2016, so it’s not necessary to put down $1,000 and wait until 2018 or some time after that.”

Regardless of how the Model 3 vs. Chevy Bolt market competition plays out, it’ll nevertheless be exciting to see the EV market begin to take shape and transition to become a more mainstream mode of transportation.

But for now, enjoy a foreshadow of what’s to come. Hulk Smash.