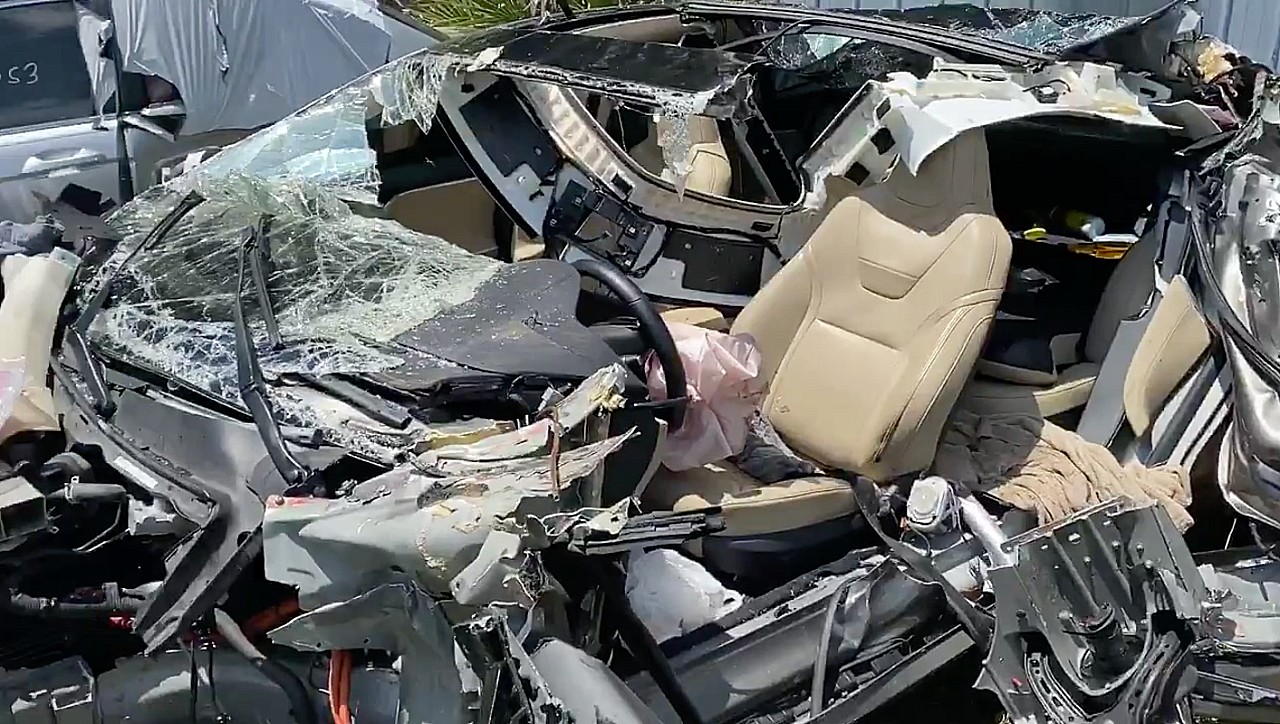 A Tesla Model S was destroyed after a collision with an 18-wheeler nearly tore the electric sedan to shreds. However, the two passengers inside escaped from the accident with some injuries, but their lives completely intact.

A Bumper from 18wheeler went through the windshield and he walked away with a broken arm. Believe it or not I’ve disassembled a Tesla that was worse than this and the person also walked away. Much respect. #tesla pic.twitter.com/eJFGOwinO0

According to u/quarm813, the Model S P90D was using Autopilot while navigating down the highway. However, when driving in the fast lane, an 18-wheeler swerved into the area of the road where the Tesla was driving.

The driver of the Tesla swerved to avoid contact with the tractor-trailer, but it was too late. “I grabbed the wheel and tried to avoid the 18 wheeler,” quarm said. “The rear guard rail on the 18 wheeler caught the front of the car and cut the entire driver-side off. The only way I can explain it is it looked like it was done with a lightsaber.”

Quarm indicated that they had suffered a severely broken arm that required multiple surgeries to repair. However, his focus was on his daughter, who was asleep at the time of the incident.

“My daughter was asleep in the rear seat. She got six stitches in her knee,” quarm indicated in a Reddit posting.

The severity of the accident can be seen in the numerous photographs that quarm shared with the r/TeslaMotors community. 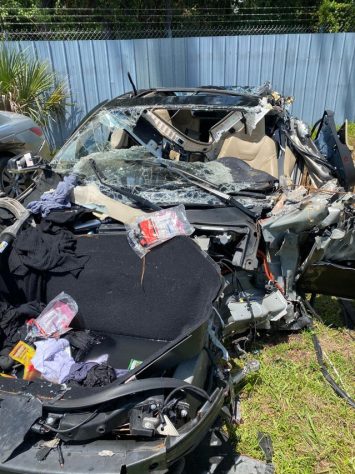 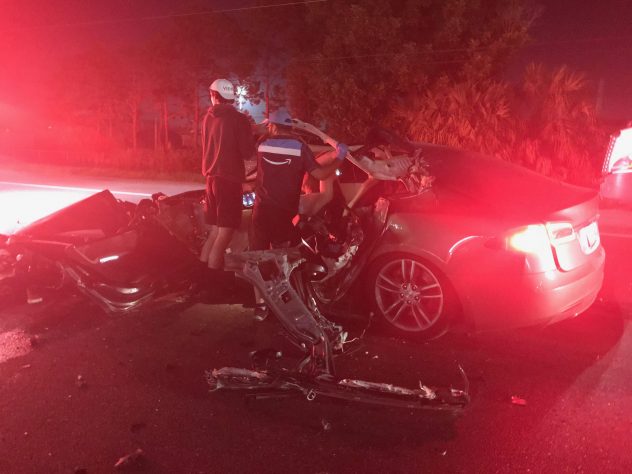 Quarm indicated that both the passengers in the vehicle were able to walk away without emergency authorities using any sort of apparatuses, such as the Jaws of Life, to remove them from the car.

After the accident, quarm states that he was in the process of buying a new car, and that he was undecided between a Tesla Model S P100D or a Model Y. Ultimately, Tesla helped deliver the new electric vehicle to Quarm while he was still in the hospital.

Quarm indicated that they had ordered the car before arriving at the hospital, and Tesla had delivered it to the hospital because they had no other way to get home after receiving medical attention.

The survival of the two passengers is a testament to the safety of Tesla’s vehicles, especially the Model S.

Crash safety tests from the NHTSA have given the company’s flagship sedan a five-star rating in Overall Safety, Frontal and Side Crashes, and Rollover protection, putting it among one of the safest vehicles in its class.

The fact that two people emerged from the Model S with their lives is an incredible feat. Tesla vehicles have saved many lives over the years, but this could perhaps be the company’s most impressive feat to date.