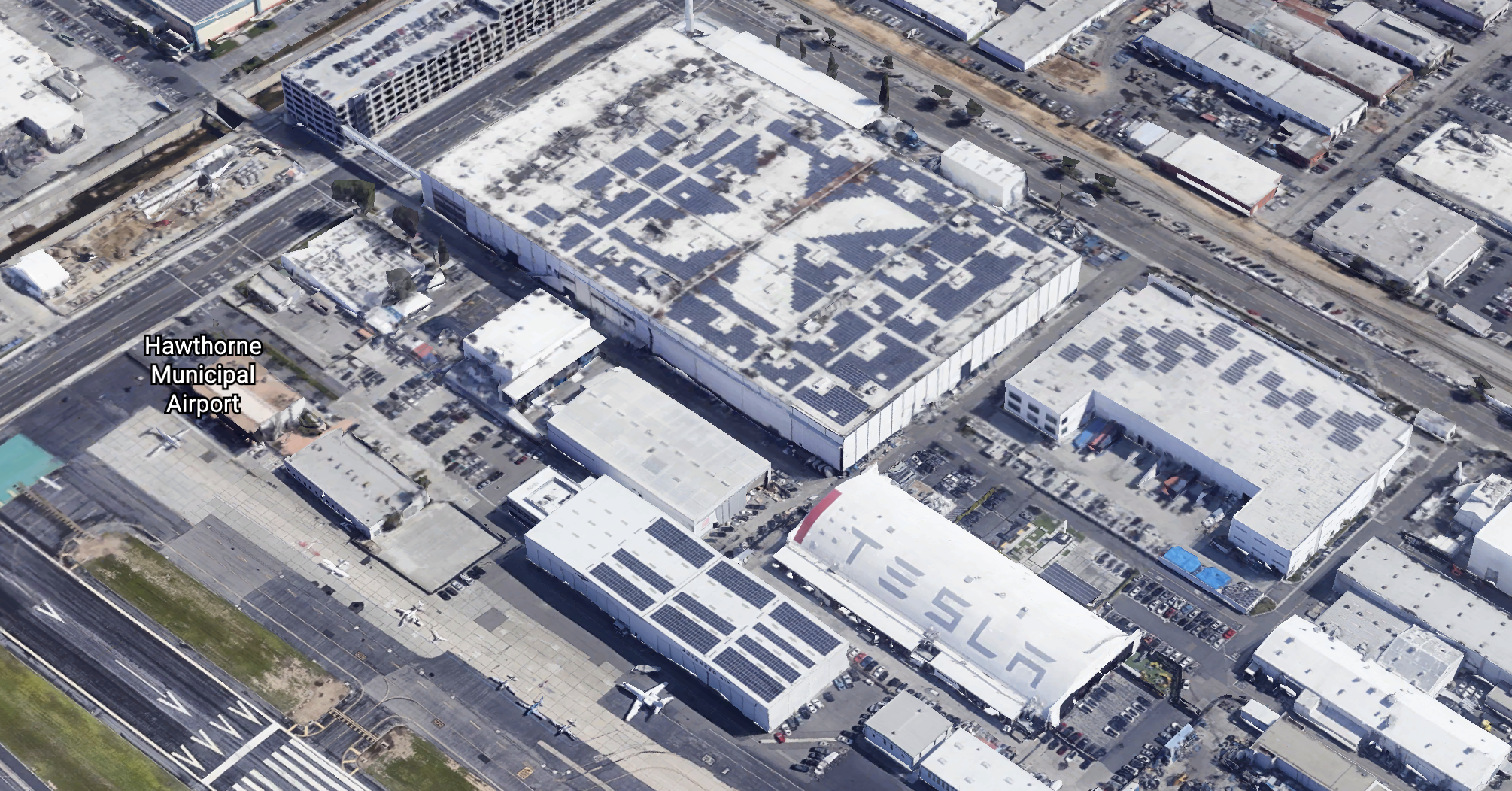 SpaceX Headquarters and Tesla's Design Studio sit next to each other in Hawthorne, California. (Credit: Google Earth)

Tesla is looking to hire a new Senior Vehicle Designer at its company’s Design Center in Hawthorne, California. However, whoever assumes the role may be required to expand their design ideas outside of the electric automaker’s realm and into SpaceX territory.

However, the job description also indicates that whoever is hired may be responsible for helping design other projects with other companies—specifically, Elon Musk’s aerospace exploration company, SpaceX.

“Using your considerable production design experience and innovative thinking, you will primarily be tasked with creating designs for future cars, but may also be called upon for other design tasks (product design, spaceship design, etc.) based on your skillset,” the description states.

The fact that the job is located in Hawthorne also indicates that the person who takes the job could be required to venture to SpaceX headquarters from Tesla’s Design Center. Both buildings are located next to each other in Hawthorne.

The combination of the two companies being able to use a designer to revolutionize each entity’s own products is a significant advantage. While Tesla and SpaceX ultimately are building two different types of transportation devices, the general goal between the two companies is the same: sustainability.

If Tesla’s “Master Plan” doesn’t work out, SpaceX will ultimately hold the responsibility of transporting humans away from the Earth to avoid the damaging effects of climate change.

This is not the first instance of Tesla using SpaceX strategies or techniques, or vice versa, on a project.

During the production of the Model Y, Tesla used a standard method of welding, known as Friction Stir, on the all-electric crossover to increase the strength of the bond. Friction Stir welding is commonly used in many types of aerospace manufacturing, and SpaceX used the technique when building the Falcon 9‘s second stage.

Whoever assumes the role of the Senior Vehicle Designer will work with Senior Design Executive Franz von Holzhausen, who has designed the Model S, Model 3, Model X, Model Y, Semi, next-gen Roadster, and the Cybertruck. The development of future vehicles could help expand Tesla’s fleet and disrupt more sectors of the automotive market.