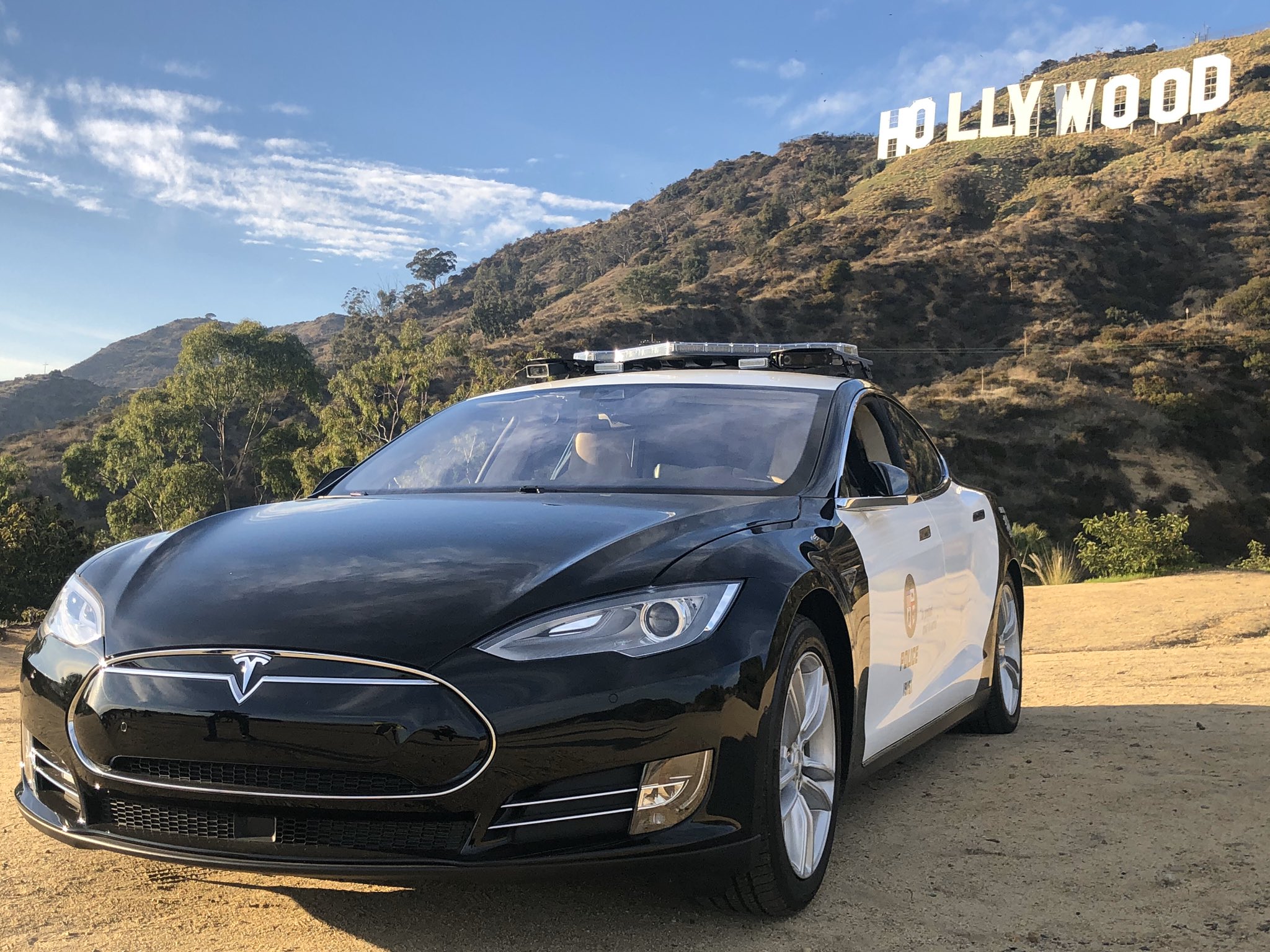 Tesla Model S in traditional black-and-white paint will serve as one of the patrol cars of the Los Angeles Police Department Division as the police force increases efforts to become more environmentally conscious.

The LAPD announced the move on its Twitter account, with Captain Steve Lurie inviting citizens to say hi if they spot them cruising in the department’s Tesla Model S patrol car.

The division also jokingly warned everyone about how fast their new electric patrol car is and to avoid running away. “We weren’t kidding! Hollywood Division just got our hands on the department Tesla to test out for the next few months! If you see this thing behind you don’t even try and run!”

“No, we will not be utilizing Ludicrous Mode!”

The LAPD did not mention if there were modifications made to fit the vehicle with necessary police equipment.

No, we will not be utilizing Ludicrous Mode! https://t.co/DpToLed6Up

The latest announcement of the LAPD coincides with the Tesla Model 3 patrol car reveal of the Westport Police Department in Connecticut. The all-electric police cruiser will begin active duty in January and joins Ford Explorers of the fleet. The department also plans to install a charging station at its headquarters.

Tesla police cars are nothing new in California, just like LAPD which tries to lower its carbon footprint, the Fremont Police Department also added a modified 2014 Model S 85 to their fleet of patrol cars.

Likewise, a police department in the town of Bargersville in Indiana also added a Tesla Model 3 to their patrol fleet in August. This electric patrol car joined four Dodge Chargers with the primary aim of reducing operation cost sans fuel and maintenance usually involved in gas-powered patrol cars.

Without any surprise, the Tesla Cybertruck is also beginning to attract attention as a potential police vehicle. Dubai authorities have signified interest to add the dystopian all-electric truck to its police patrol fleet. The mayor of a town in Mexico also expressed his interest to get the Cybertruck for his police force and to use it for some heavy tasks such as pulling water pipes or even garbage containers.