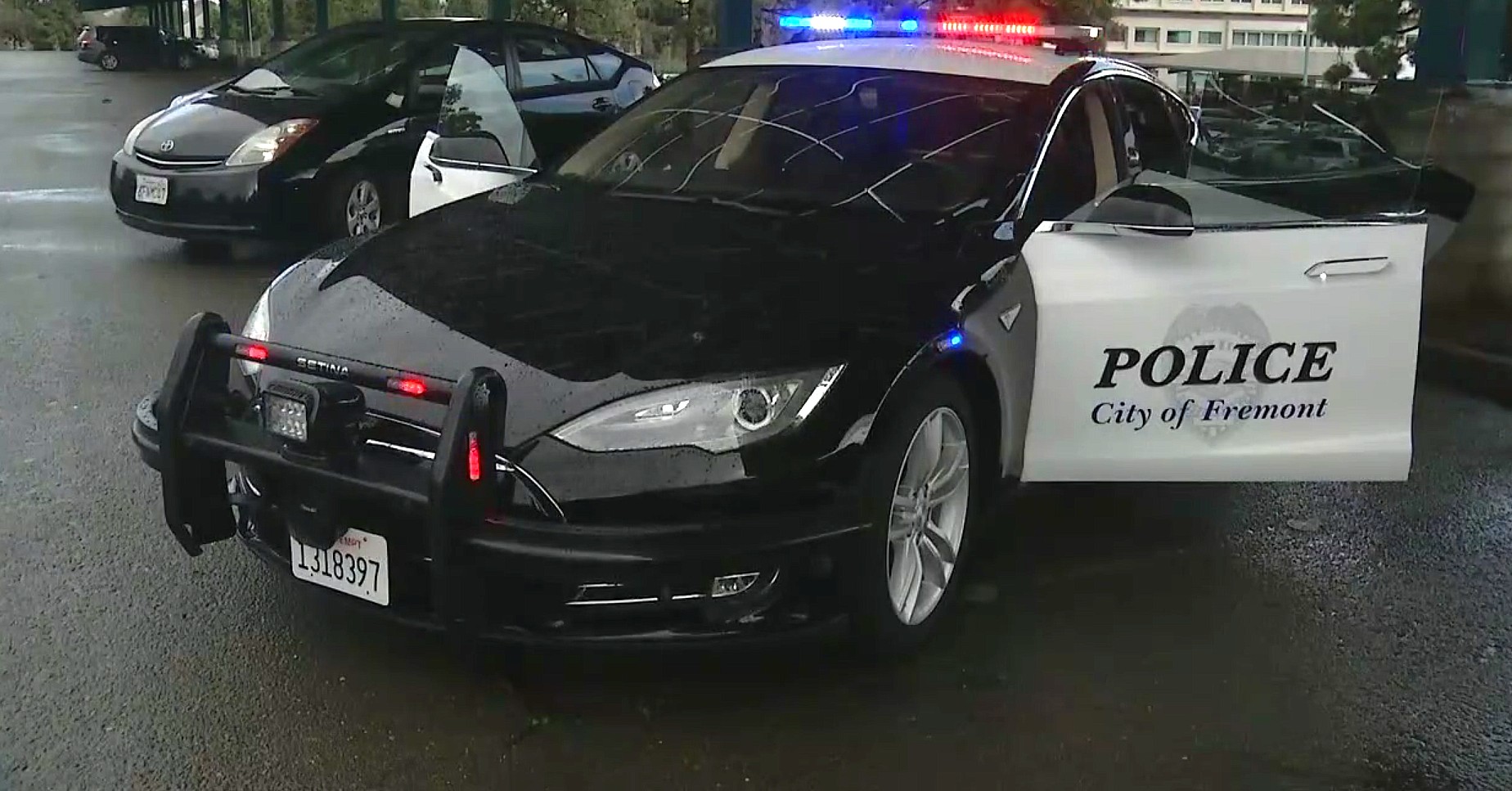 The Fremont Police Department’s held a media event on Wednesday to debut its newest Tesla Model S police car. The modified 2014 Model S 85 will be used by the Fremont PD as a regular patrol car, as part of the city’s initiatives to reduce emissions.

The Model S police cruiser is daunting to behold. The Model S is already a fairly large car, and when it’s equipped with police equipment, it definitely looks the part of a tough vehicle that chases down criminals as part of its daily routine. Fremont PD notes that it spent around $4,000 in modifications to make the car ready for police duty. These include an overhead light bar, rear flashers, an in-vehicle camera, a push-bumper, partitions between the front seat and back, and front doors that are replaced with armored panels. The vehicle’s plush back seats are even changed to a smooth plastic prisoner seat, due to the tendency of some people to make a mess at the back of the car.

The modification of the 2014 Model S 85 was done under Tesla’s supervision. Engineers from the company were consulted to ensure that no sensitive parts of the vehicle got damaged as police equipment was installed. The electric car maker also disabled the Model S’ driver-assist features such as Autopilot and Autopark.

While the upfront cost of the Model S patrol car exceeds that of traditional gas-guzzling police vehicles, Fremont PD expects the electric sedan to give significant savings in gas and maintenance. Speaking to KCBS News, Mark Collins, the department’s fleet maintenance manager, also added that the Tesla Model S’ raw power will come in handy during police work. “The acceleration is better in the electric models. That’ll get them right on them quicker and faster,” he said.

Speaking to Mashable, Fremont police Capt. Sean Washington noted that if the Model S 85 proves to be an effective police vehicle, Fremont PD could purchase an additional 10 electric cars, then another 20. Washington also stated that a mostly-electric police fleet is a realistic idea for the future, since electric vehicle technology is improving at a rapid pace.

Tesla is on its way to becoming a mass-market car maker with the $35,000 Model 3. Once the company learns how to make vehicles at scale, it could start producing “police package” versions (bare-bones units that can be easily modified with police equipment) cars as part of its offerings. The Model 3 and the upcoming Model Y will actually be a good choice for police duty, since the vehicles have all the advantages of high-end electric cars such as instant torque and quick acceleration while being priced competitively with mainstream vehicles.