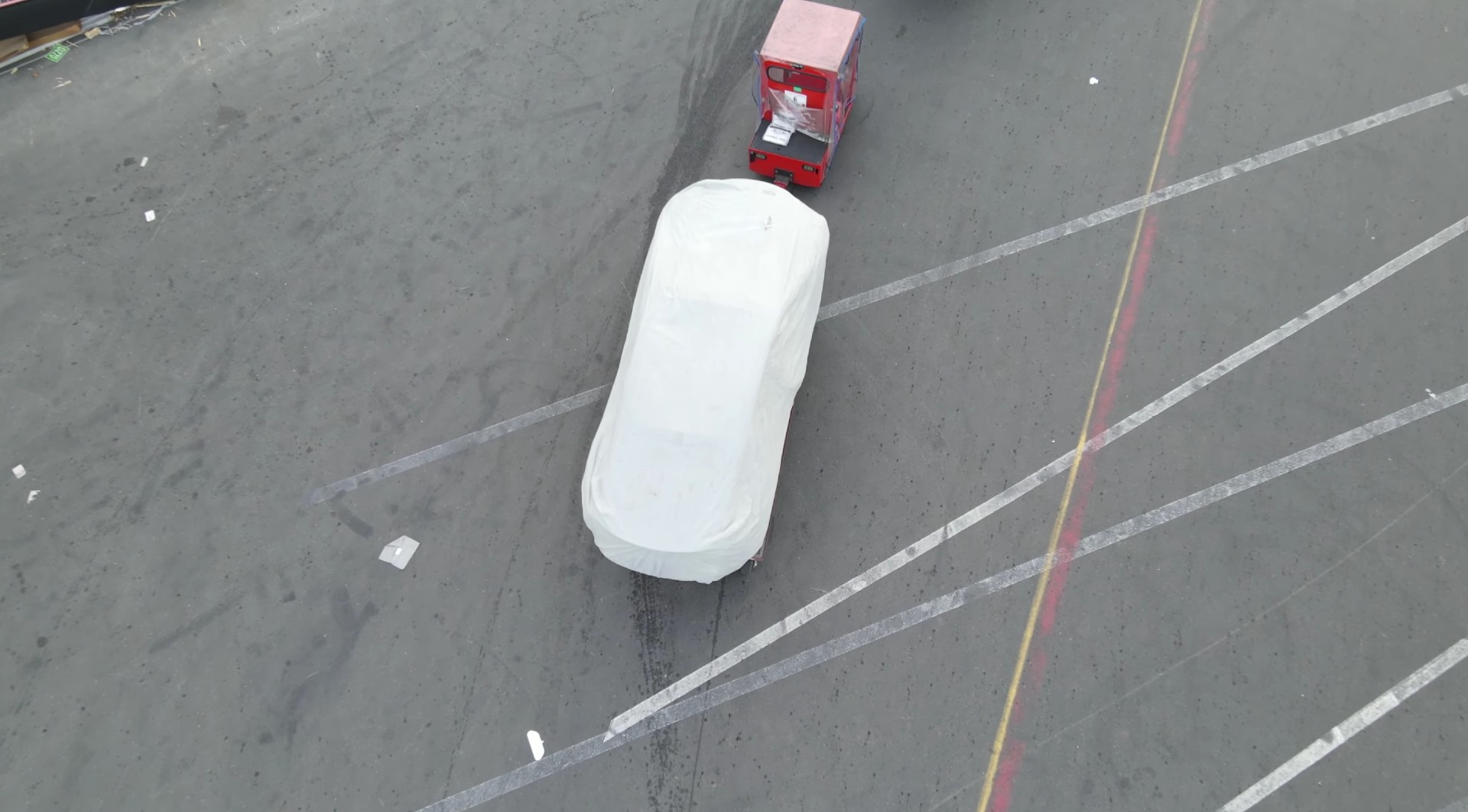 Rumors for a potential Tesla Model S and Model X “refresh” were rekindled recently after a drone flyover of the Fremont Factory revealed three mysteriously covered body-in-whites being transported within the facility. While the body-in-whites were fully covered, the vehicles resemble the size and shape of Tesla’s flagship sedan and SUV.

Footage of the mysterious vehicles was shared on YouTube by drone operator Gabeincal, a Tesla enthusiast who has been following the progress of the company’s Roadrunner site and Giga Press facilities over the past months. In his recent video, the drone operator was able to capture some footage of the Giga Press in action, together with the covered body-in-whites.

As noted by some electric vehicle advocates on Twitter, it was pretty odd for Tesla to have the three body-in-whites wrapped fully as there are hundreds of other finished, uncovered cars in the area. Granted, there are some other covered vehicles in the footage, but those seemed to be Model 3 or Model Y vehicles, at least based on their compact body. The three body-in-whites captured on video, however, featured a long hood and curved rear, which are trademark features of the Model S and Model X.

Tesla shut down the Model S and Model X lines at the Fremont Factory last December despite the company’s efforts to hit its half-a-million vehicle production target. The electric car maker did not specify the reasons behind its decision to halt the production of the flagship sedan and SUV, though expectations were high that updates to the vehicles would be announced when production resumed on January 11, 2021. The date for the Model S and Model X’s return to production passed and no updates for the two vehicles were released.

Despite the lack of concrete information about a Model S and Model X refresh, there have been sightings of some new Model S cars with an updated body kit in recent weeks. On New Year’s Day, pictures of a Model S with a wide body kit, new rear diffuser, and new wheels were photographed near Tesla’s Palo Alto headquarters. The vehicle, which sparked more speculations about a Model S refresh, was quite similar to the track-ready cars that Tesla sent over to the Nurburgring in 2019.

Watch some footage from the Fremont Factory in the video below.