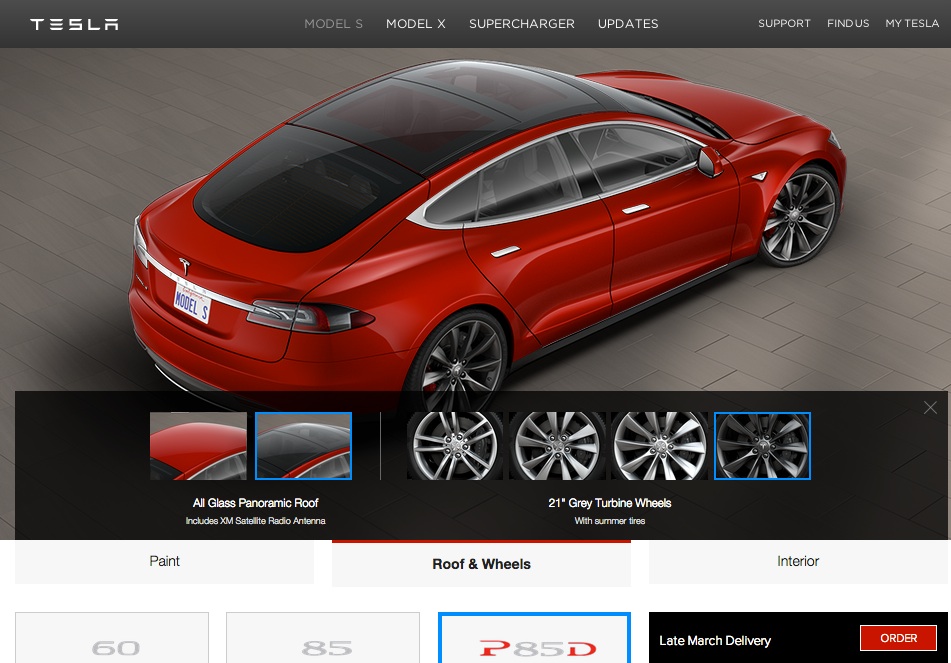 I thought it might be interesting to see how many variants of the Tesla Model S can be ordered. I looked at four instances in time, as the option mix has undergone continual change over the last few years. Available options also changed depending on which battery and/or performance model is configured, so I tracked each model separately, and then added the variants together to get the total variants.

The first cars back in June/July 2012 were pre-configured signature editions. These included many options as standard, but also had a few special options such as white leather seats and signature red paint. Even so, there were still over 55 thousand combinations!

In 2013 Model S variants jumped to 718 thousand combinations, although to be fair, 110 thousand were from the discontinued Model S40. In 2014 this jumped to 141 million combinations! In late 2014, Tesla introduced AWD, and greatly simplified the options available, with some options now standard, and others moved into various packages. This dropped the number of combinations to about 23 million. Taking a deeper look at the number of combinations available when order a Tesla Model S.

The numbers in 2014 and 2015 are not entirely accurate. A few options require other options which slightly reduce the number of variations. At the same time, other than the right-hand-drive option, each country forces more design changes and options that we didn’t consider. With millions of combinations, your car could easily be one-of-a-kind that no one else owns!