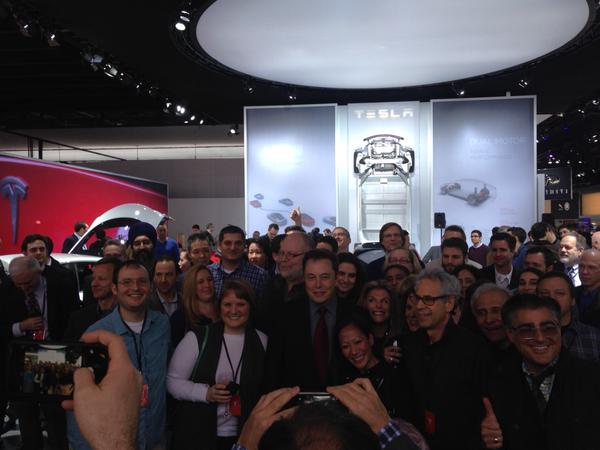 Brief highlights of Tesla Motors at the North American International Auto Show (NAIAS) at the COBO Center in Detroit. An event was held on Jan. 13, 2015 @ 6pm EST where Elon Musk spoke to a general audience about plans for the Model X.

No Model 3 or Model X was present but Elon did talk say the Model X will be nothing like the prototype. Everything will be improved upon. He was then scooted off by his handlers on a flight Texas. I’ll be uploading a video of Elon talking about the X, shortly! Keep checking back!