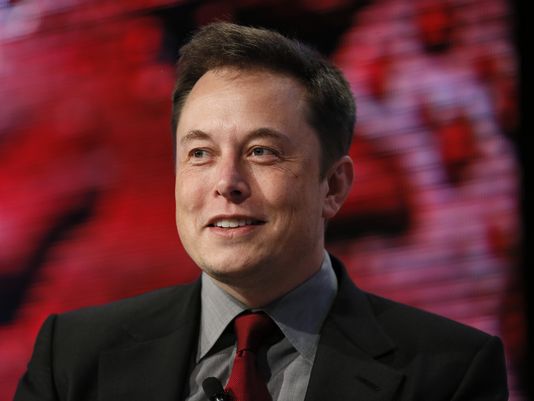 Would Tesla ever build cars in Michigan? Musk: “It’s not out of the question. Maybe Michigan shouldn’t stop us from selling cars here.” (Image: Courtesy of Associate Press)

I was following the Elon Musk press conference from the International Car show via the Detroit Free Press on Tuesday afternoon and a whole lot of topics were addressed, including the Model X, dealership strategy, China sales, the Gigafactory and GAAP financials, among others.

During the interview portion of the event, Musk had the whole room laughing when he said (paraphrasing) “if I keep talking, we’ll be out of business very soon,” referring to Tesla’s stock sell-off once he said China sales numbers for December were down.

Musk also stated that “Tesla can make a few million cars a year by 2025.” If that happens, one would presume Tesla will be selling in all 50 states by 2025.

Musk responded to a dealership question and made a point of stating, “we need to have our own stores first,” before selling via dealerships. Musk’s subtle insistence on having his own stores, at first, didn’t make impression but could signify its stance with state legislators going forward.

Today, Rep. Tony Guerrera, a Democratic co-chairman of the Legislature’s Transportation Committee of Connecticut, proposed a new bill to allow the Tesla Motors to sell directly to the consumer. A supporter of that bill, Republican Art Linares, says,” “I think that Tesla is an innovative business. They’re creating jobs across the country. It’s a great vehicle. Just by passing this bill, we can create jobs here in Connecticut.”

Elon Musk & Model X are at the Texas State Capitol in Austin today. Thanks to 100+ Tesla owners also in attendance. pic.twitter.com/eM5K3x1yZk