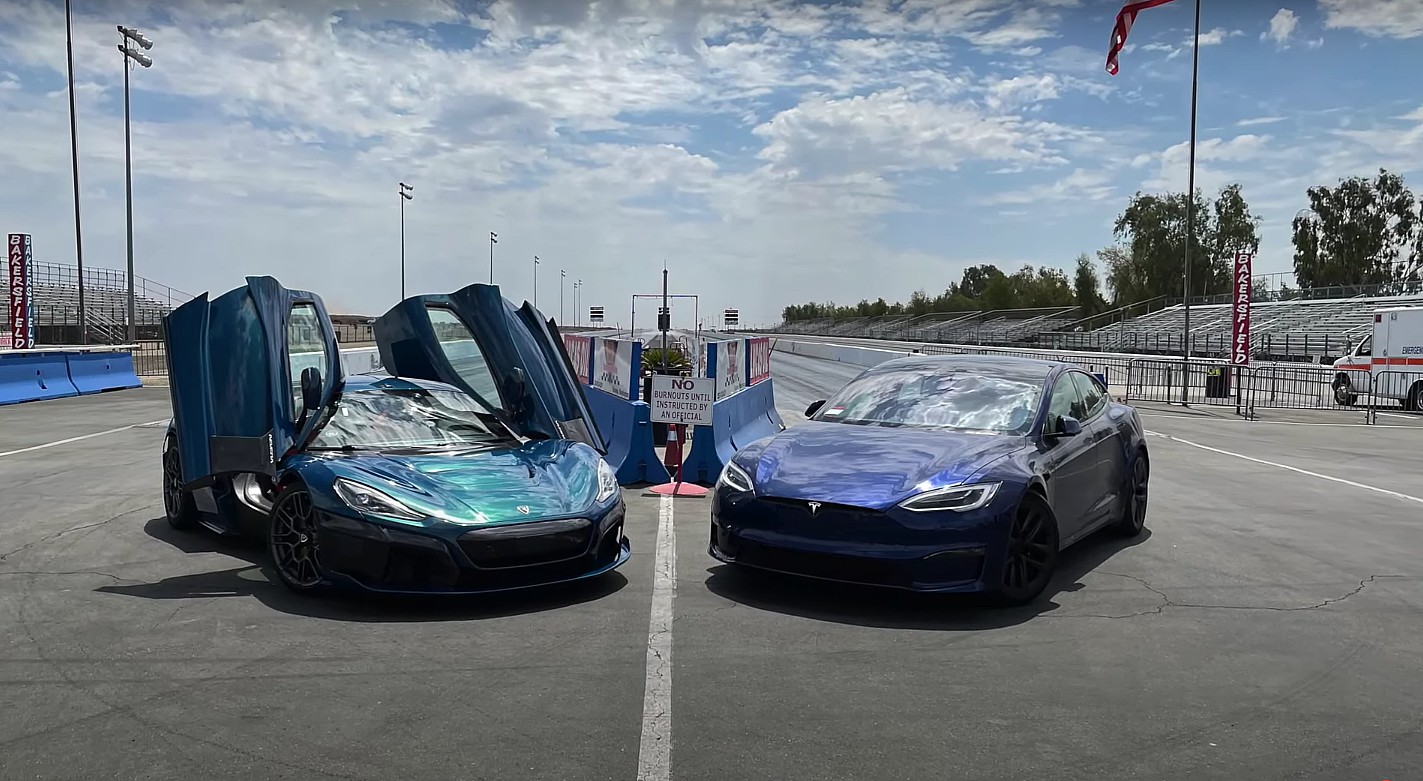 When the Tesla Model S Plaid drag raced the Porsche Taycan Turbo S, it looked like a bout that was downright unfair. The Plaid, after all, was on a completely different level, being a four-door sedan that’s capable of competing with hypercars on the quarter-mile. And now, the Model S Plaid has met its match in the form of the Rimac Nevera, a $2.4 million hypercar with four electric motors and 1,914 horsepower.

Veteran drag racer Brooks Weisblat of YouTube’s DragTimes channel recently received an invitation to set some quarter-mile records in the Rimac Nevera, which is now available. Only 150 Neveras would be built, making it an ultra-exclusive all-electric hypercar. With a 0-60 mph time of 1.85 seconds and a top speed of 258 mph, the Nevera is one of the fastest cars in the world, full stop.

It was then extremely exciting to see the monster of all monsters face off against the Tesla Model S Plaid, a four-door, $130k family hauler that happens to have 1,020 horsepower and a 0-60 mph time of 1.99 seconds (with one-foot rollout). The Model S Plaid is a frighteningly quick vehicle, and in the few months that it has been in production, it has already garnered a reputation for destroying practically every production car in the quarter-mile.

It was then no surprise that when these two electric titians faced off in the quarter-mile, the world’s quickest production car drag race ensued. DragTimes conducted multiple runs between the two vehicles, and the results were both unsurprising and amazing at the same time. The $2.4 million Nevera was able to dominate the Model S Plaid, but the $130k understated four-door monster performed very well too.

With little preparation, the Model S Plaid ran the quarter-mile in 9.27 seconds at 152.68 mph, which is extremely impressive for a vehicle of its size and price. This, however, falls below the Rimac Nevera’s run, which was completed in 8.58 seconds at 167.51 mph. Considering that both cars are production vehicles, these results are nothing short of incredible, and they highlight the fact that the age of ICE performance cars is indeed over.

Watch the Tesla Model S Plaid and the Rimac Nevera face off in the quarter mile in the video below.