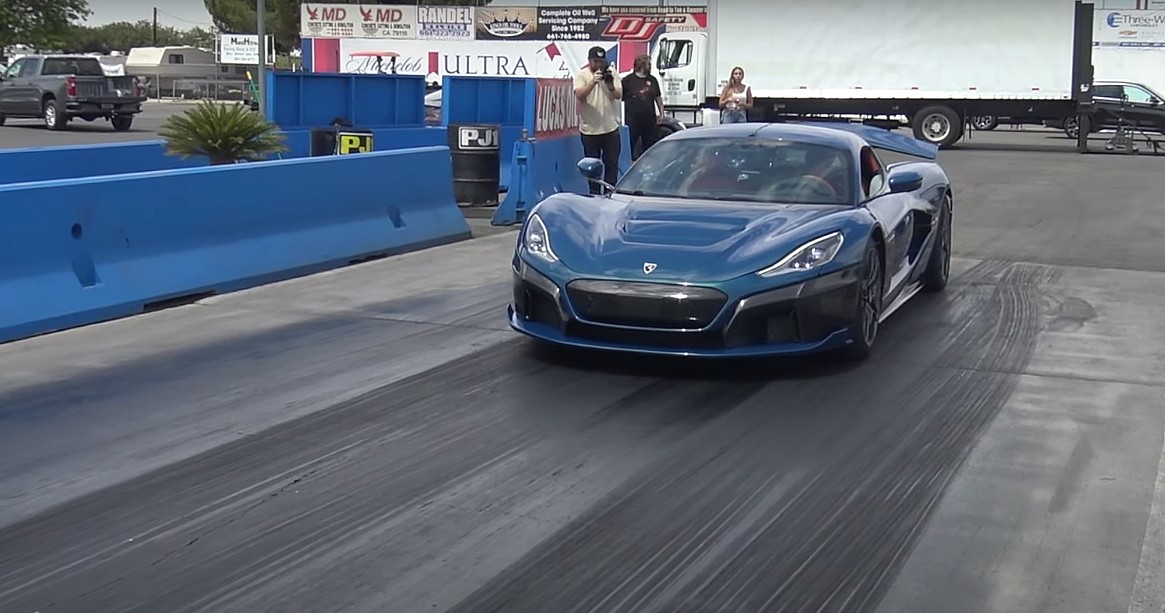 There was a time when hypercars were populated by vehicles that were equipped with the internal combustion engine. From the first hypercar trinity that came out in the early 2000s in the form of the Ferrari Enzo, Porsche Carrera GT, and Mercedes-McLaren SLR to the “holy trinity” of hybrids that were the Ferrari LaFerrari, Porsche 918 Spyder, and McLaren P1, hypercars are still, at their core, ridiculously quick combustion-powered vehicles.

But the automotive sector is poised to transition into one that is dominated not by hybrid engines or pure ICE. With companies like Tesla becoming some of the market’s fastest-rising stars, it is becoming evident that the next hypercar “holy trinity” would be populated by vehicles that feature all-electric motors and extremely advanced battery technology. The first of these vehicles, the Rimac Nevera, has already arrived, and it made a splash by setting new records on its first trip to the drag strip.

The Rimac Nevera is a hypercar to the core. With four electric motors and a 120 kWh battery pack, the Nevera is capable of sprinting from 0-60 mph in 1.85 seconds, a time that is pretty much untouchable today. It’s designed to look like a hypercar, with sleek lines and a low profile that would give any flagship Ferrari or Bugatti a run for its money. It’s priced like a hypercar too, at $2.4 million.

For its US tests, Rimac brought over a Nevera to have it set some records on the drag strip, and to accomplish this goal, the company brought over one of YouTube’s most experienced drag racers, Brooks Weisblat of the DragTimes channel. Weisblat, who personally owns a Tesla Model S Plaid and a garage full of supercars, was promptly floored by the Nevera, which proved to be so incredibly fast that it was almost unnatural.

Over the course of the tests, the Nevera was able to post a 0-60 mph time of 1.90 seconds with 1-foot rollout, a 0-130 mph time of 5.36 seconds, and a quarter-mile time of 8.58 seconds at 167.51 mph. To state that these numbers are incredible would be an understatement. These figures all but prove that the age of ICE hypercars has indeed ended. Overall, the Nevera proved that the electric “holy trinity” of hypercars just gained its first member.

The Nevera is set to battle the Tesla Model S Plaid in a following video, though the results of the race would most likely come out in favor of the $2.4 million hypercar. It would still be interesting to see just how close the battle could be, especially considering that the Model S Plaid is only about 5% of the Nevera’s cost. There is a Tesla that may very well join the Nevera as the next all-electric hypercar, however. That would be the next-generation Roadster, which is expected to be launched with cold gas thrusters that would allow it to sprint from 0-60 mph in 1.1 seconds.

Watch the Rimac Nevera set some quarter-mile records in the video below.