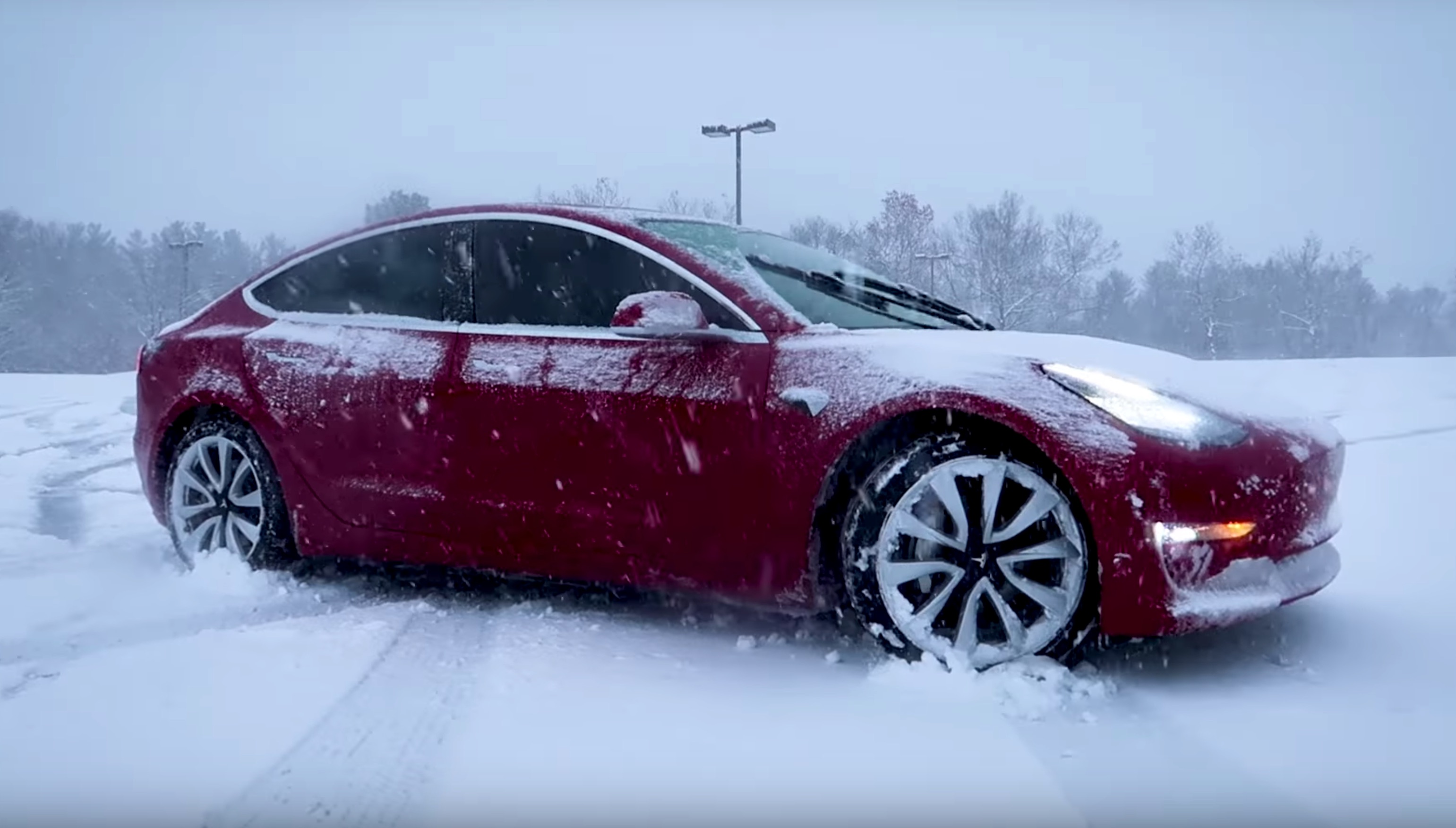 Don’t try something like this in your Tesla. It’s definitely not advised — but it sure looks like fun. In Moscow, “one could grab an American electric tank (read: a Tesla Model S) and try to embrace the Russian winter… Alan Enileev has recently brought us an adventure that sees a Model S, presumably a P100D, delivering wonderful all-paw donuts in Gagarinsky District, Moscow”, notes AutoEvolution.

You’re probably pondering… how an electric vehicle can do such dramatic donuts (see below) better than most gas-powered cars? It’s reported that, “you might wonder what allows the 2+ ton behemoth [Model S] to spin so violently. And the answer is simple. You see, the instant electric torque joins forces with the single-gear nature of the Tesla — the latter aspect means that, once the wheels lose traction, the electric motors get to spin all the way to heaven, going way past what an internal combustion engine could deliver.”

More insights come from the Now You Know Tesla tipsters, Zac and Jesse, in their new Tesla Model 3. As we previously reported, a slow-motion capture of Model 3’s rear wheels reveal a delicate dance of power limiting and power transfer to the ground, thereby allowing the driver to maintain control of the vehicle at all times. It wasn’t until the Model 3 was placed into Slip Start mode that the vehicle began to show any signs of sliding, when purposely pushed to the limits in an attempt to drift the vehicle.

Above: Zac and Jesse take their RWD Model 3 out for a spin in the middle of a snow storm and do a couple of donuts (Youtube: Now You Know)

So if Model S and Model 3 owners can make their cars dance during winter with these donuts, what can Tesla’s SUV, the Model X, accomplish in the snow? It turns out there are other ways to enjoy what the Model X has to offer its owners during wintertime. You could pull a semi truck up a hill. If you’re not that daring, you (and your Model X) can celebrate the holidays with friends and family — in style. Sure, the Model S and Model 3 can do donuts, but Tesla’s Model X does this…

Above: Three Tesla Model X SUVs get together for an amazing light show during a beautiful white Christmas (Youtube: michael subasic)

In any event, it turns out that you can have plenty of fun in your Tesla this winter. Hopefully, you’ve enjoyed the holidays just as much as these other Tesla owners. Then again, you could battle your Tesla in a tug of war against gas-guzzlers in the snow but we would also advise against it. That said, if you’re up north facing more snow this week, stay safe and (if you’ve got Tesla’s subzero weather package) keep those seat heaters warm!