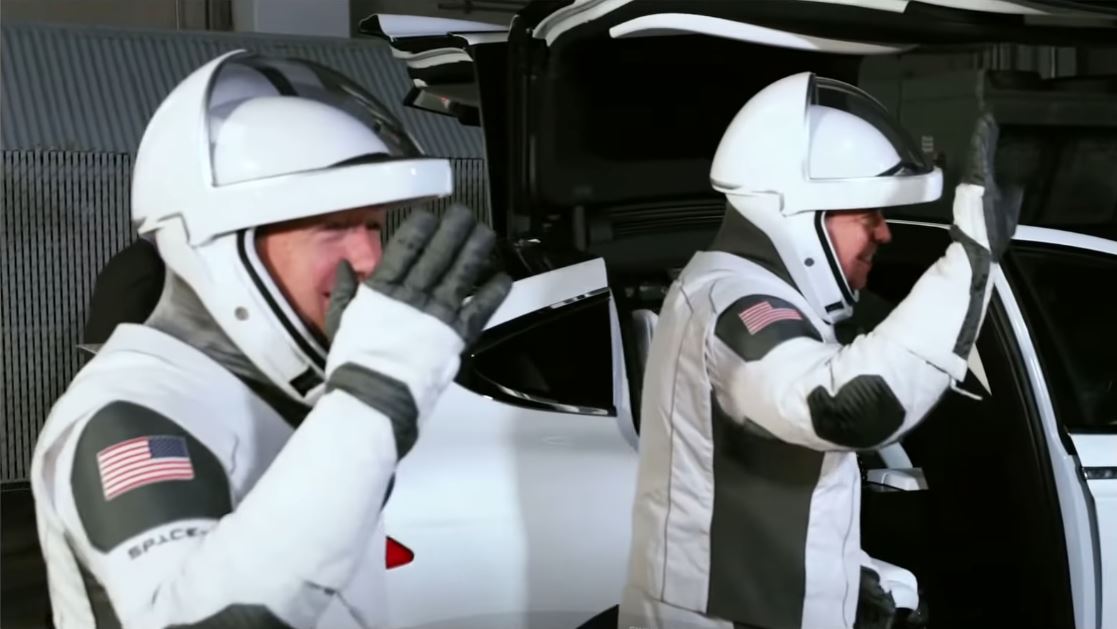 SpaceX and Tesla CEO Elon Musk made sure his crew travels to the launch pad in style and even provided Tesla electric vehicles during the recent launch dress rehearsal at the Kennedy Space Center.

A SpaceX spokesperson confirmed on Sunday that Teslas will be the official transport for crew missions in the future, the Associated Press reported. Meanwhile, Boeing will reportedly stick to the Airstream vans used by NASA for decades to bring its astronauts to the pad.

NASA astronauts Robert Behnken and Doug Herley did a dry run of SpaceX pre-launch activities in preparation for their upcoming crew mission that may happen as soon as April this year. The two spacemen donned their spacesuits but instead of riding a shiny astrovan, they took a sleek white Model X from their crew quarters going to the launch pad. A SpaceX employee drove the astronauts to the pad while support staff aboard a Model X followed them.

NASA spokesman Joshua Santora sees the development as part of the collaboration with SpaceX and Tesla. “This is part of the game of us learning to work with a commercial provider,” Santora said.

Both astronauts shared their excitement about the SpaceX launch escape system test, their Tesla rides, and the thought of launching American astronauts again from American soil.

On Sunday, SpaceX hit a big milestone by successfully completing an in-flight abort test for its Crew Dragon spacecraft. During the test, SpaceX intentionally destroyed a Falcon 9 rocket to simulate failure during a flight from the launch pad to Earth’s orbit and to test the launch escape system of the Crew Dragon’s capsule.

The IFA test is the last major step before Crew Dragon is cleared to ferry astronauts from Earth to the International Space Station and back. The successful test proves that SpaceX and its Crew Dragon can safely fly astronauts into orbit and keep them safe in case an emergency happens during flight.

“This critical flight test puts us on the cusp of returning the capability to launch astronauts in American spacecraft on American rockets from American soil. We are thrilled with the progress NASA’s Commercial Crew Program is making and look forward to the next milestone for Crew Dragon,” said NASA Administrator Jim Bridenstine.

SpaceX CEO and chief engineer Elon Musk expressed his concerns about the supersonic abort test but he was pleased with the results.

“As far as we can tell thus far, it’s a picture-perfect mission. It went as well as one can possibly expect. This is a reflection of the dedication and hard work of the SpaceX and NASA teams to achieve this goal. Obviously, I’m super fired up. This is great,” Musk said.