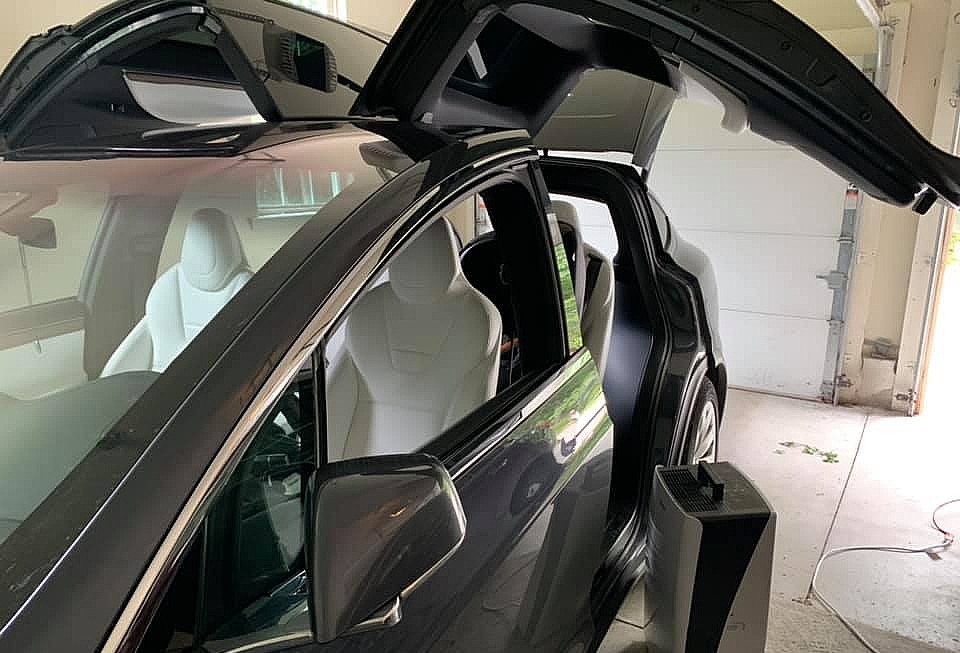 Facing a flash flood is a terrifying experience that any decent person would not wish upon their worst enemy. The panic that one feels as the floodwaters rapidly rise and the sensation of being submerged in a thick current of filthy liquid is enough to give full-grown adults some legitimate trauma. Being caught in a flash flood is incredibly scary, but if a 2016 Model X owner’s recent experience is any indication, it would appear that encountering floods in a Tesla is slightly less terrifying.

A recent post in a Model X Facebook Group featured the remarkable story of a Tesla owner who ended up being on the receiving end of Hurricane Ida’s fury. While driving through Central Jersey to Pennsylvania on Wednesday night, the Model X owner suddenly found himself in flooded roads. And much to the electric car owner’s horror, it did not take long before the water had risen as high as the Model X’s windows.

Around the Model X, other vehicles stopped working, stranded and consumed by the floodwaters. Two other cars succumbed to the current and floated away. It was a desperate situation, but much to the pleasant surprise of the Tesla owner, the valiant Model X never shut down. The all-electric vehicle, likely due to its weight and watertight battery and powertrain, powered through and ultimately helped its owner return home to his family safely.

The Model X owner was able to get home safe, thanks in no small part to the all-electric SUV. But upon waking up the next day, the Tesla owner realized that the valiant Model X also paid the price. Parts were missing from underneath the vehicle, and the Model X’s carpeting was fully soaked. In his Facebook post, the Model X owner noted that he had already scheduled an appointment with Tesla service, but he fears that the vehicle may end up being totaled due to water damage.

The Tesla owner noted that as much as possible, he would prefer it if his 2016 Model X could still be repaired. As it is, the vehicle still runs and operates without any apparent issues, save for the wet interior and the missing parts underneath. Considering that the Model X was able to ensure that its owner got home safe despite Hurricane Ida’s flash floods, however, it would seem that the price the vehicle paid was well worth it.

Teslas are starting to gain a reputation as vehicles that could take on floodwaters very well. In China alone, unofficial Tesla “Boat Mode” videos have become popular online, with some clips showing Model 3s braving floodwaters that were deep enough to disable other vehicles on the road. Elon Musk, for his part, has remarked in the past that other Teslas like the Cybertruck would perform even better. According to the CEO, the Cybertruck would “float for a while” when traversing deep waters.