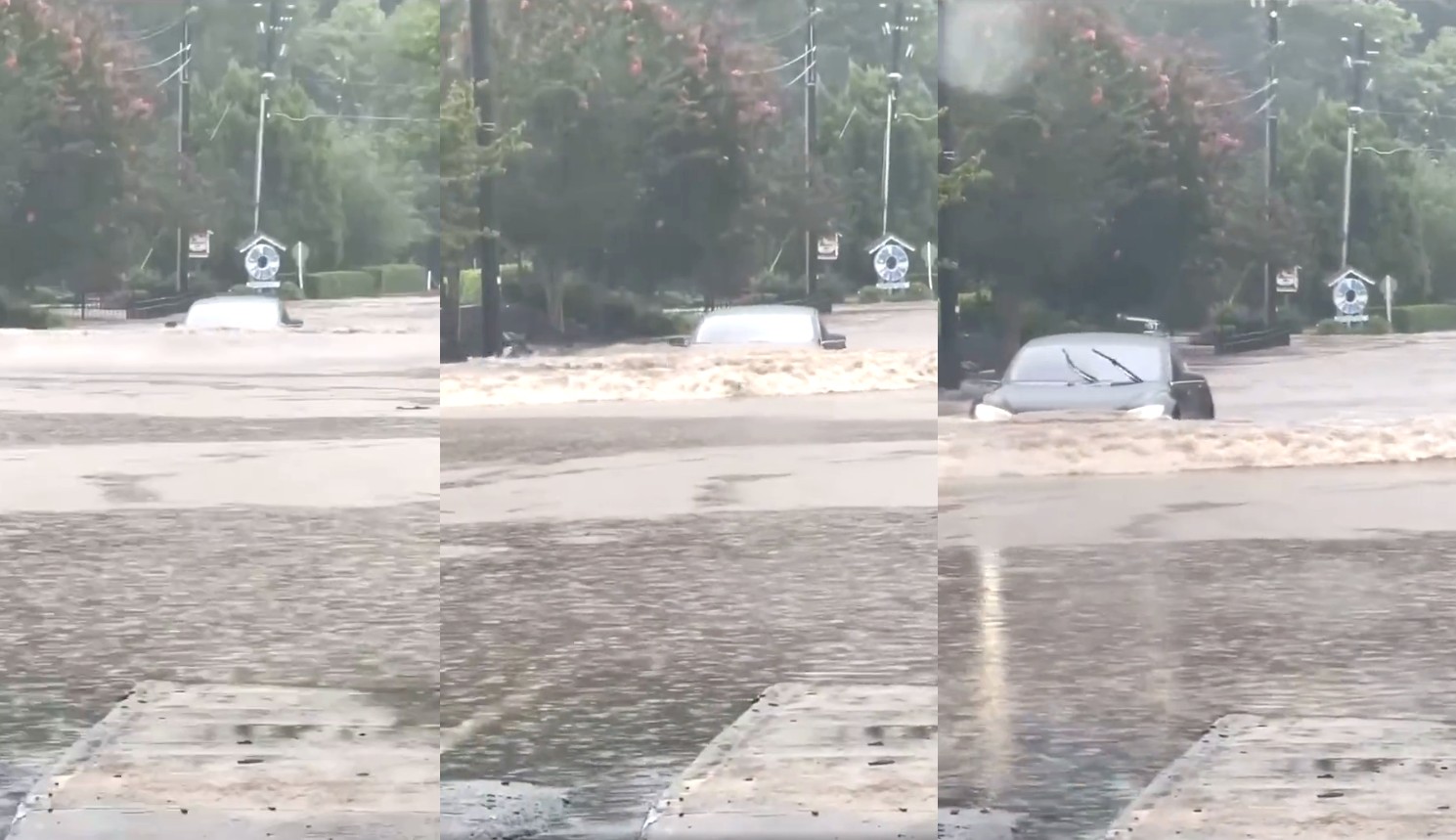 It’s quite common knowledge by now — especially amidst the popular Model 3 “boat mode” videos from China — that Teslas handle floods quite well. But while a Tesla’s battery and powertrain are sealed tight, there are levels of water that may still prove a bit too dangerous or risky.

This was definitely the case in a recent incident involving a Tesla Model S in Helen, Georgia, earlier this month. Helen was hit by a lot of rainfall recently due to Tropical Storm Fred. As noted by local news reports, White County officials were busy most of Tuesday, August 17 with storm-related issues such as power outages and flooding. Helen, in particular, saw some of its streets flooded by overflowing water from the Chattahoochee River.

It was in one of these streets that a Tesla Model S owner decided to brave the deep waters. But unlike his fellow electric vehicle owners in China who take their Model 3s across flooded streets that were up to their vehicles’ wheel arches, the Model S owner seemed to go even further. At one point during the all-electric sedan’s foray into the flooded street, the waters were so deep that the Model S didn’t look like it was in “boat mode” anymore. Instead, it seemed like the vehicle was already in “submarine mode.”

Such a stunt, of course, is not really recommended, and one can only imagine the repair bill of the Model S if its trip through the floodwaters went sideways. Fortunately for the Tesla owner, though, the all-electric sedan seemed to have weathered the floodwaters fairly well, as it seemed to cross the area unscathed. Videos taken of the vehicle during its crossing revealed that some motorists were quite amazed at the feat.

Elon Musk has mentioned in the past that Teslas can actually work as impromptu boats for short periods of time. This was demonstrated in China back in July when a Model 3 owner used his all-electric sedan to get out of a flooded tunnel that was already filled with other vehicles that were shut down due to the rising waters. The dramatic video, which featured the Model 3 owner gunning the car across a flooded area, fortunately ended with the Tesla finding safe ground. This allowed the Model 3 owner and his passengers to flee from the floodwaters safely.

Teslas in China are actually tested in a flood simulator in Gigafactory Shanghai before they are brought over to delivery centers. The facility simulates flooded streets, and every Model 3 and Model Y manufactured in Giga Shanghai are put through the simulator before they are sent to delivery centers or abroad. This allows the company’s vehicles to be ready for the numerous typhoons that typically hit China and nearby regions every year.