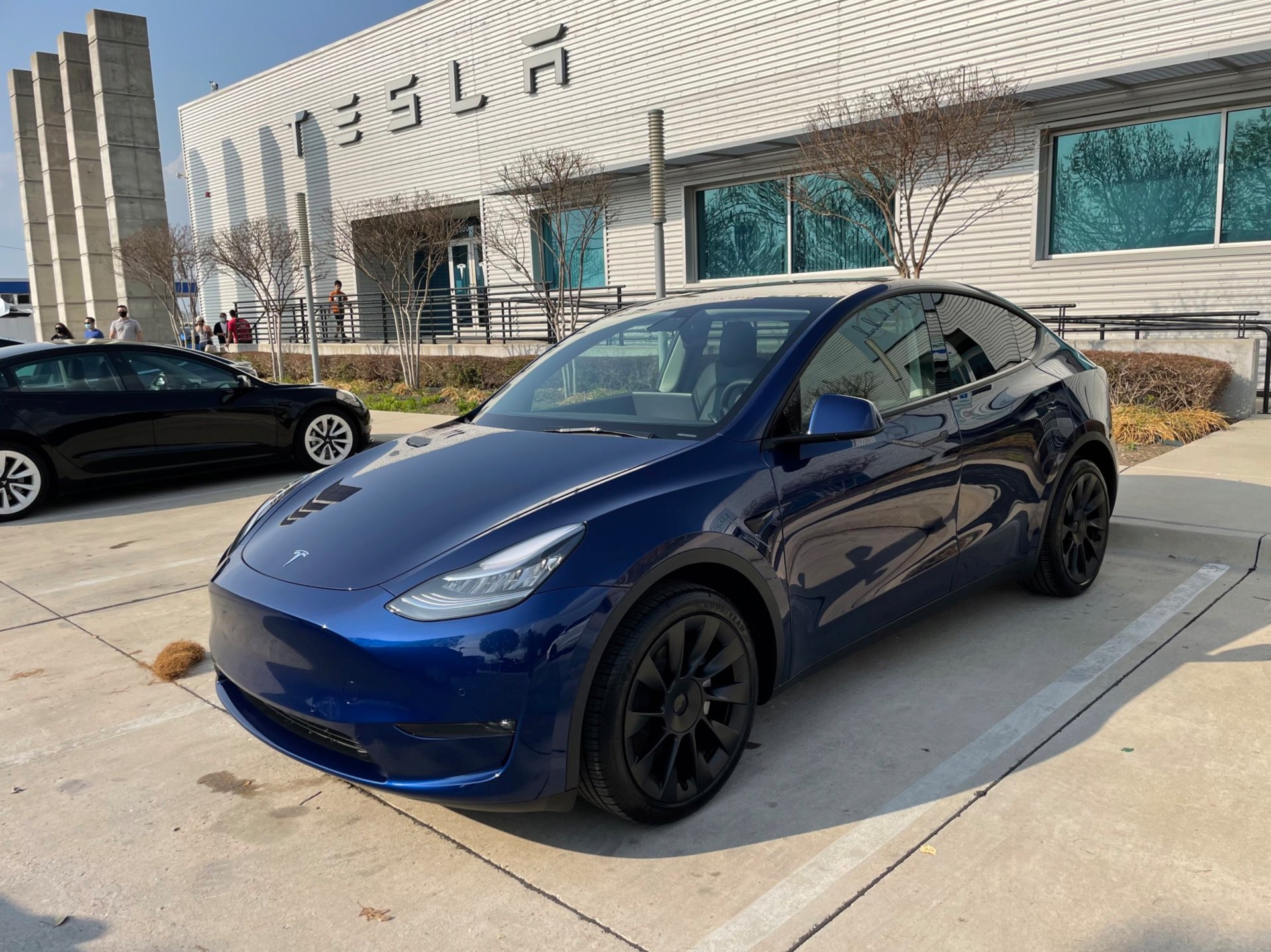 This Tesla Model Y owner waited two years for a car that never came. He compromised.

Don’t shoot the messenger” was a phrase I used quite frequently a few months ago. After digging for some time on what was going on with Tesla’s Model Y Long Range Rear-Wheel Drive variant, I decided to do my duty as a journalist and find answers. After calling around to several Tesla showrooms without much luck, the answer ultimately dropped in my lap after someone who was a frequent reader of the site told me that they had been contacted to revise their order. “Tesla won’t be making the LR RWD Model Y,” a sales advisor told the man, leaving two years of time in the rearview mirror and $2,500 sitting in limbo over the entire period.

Upon this email, I decided to call around and see what I could dig up. Ultimately, I found out that the Model Y’s LR RWD variant was not going to be made, so I wrote an article about it, and it was met with plenty of disbelief.

“This is poorly sourced.” “Sales advisors don’t know anything.” “Tesla hasn’t made a statement, I wouldn’t believe this article.” A few hours later, my direct message inbox on Twitter was full of Model Y LR RWD reservation holders, who said that they didn’t believe Tesla was canceling the variant. A few weeks later, I started to see more and more people begin to consider changing their order, away from the LR RWD that they had waited for, and toward the AWD versions of the car. Eventually, Elon Musk finally confirmed that the product line was becoming too complex and that the Model Y’s little-known configuration was dead in its tracks.

We have too much product complexity already

It was tough, even as someone who didn’t have a reservation for the car, there almost seemed to be a sub-group of Tesla supporters who were just as passionate about this car as they were the company in general. I respected that so many people wanted answers, and to this day, I am still somewhat frustrated with Tesla because they left so many people in the dark about what their plans were. It might have been up in the air, but even a small amount of communication in the form of an email would have been sufficient.

Over the few months where I got in touch with so many LR RWD reservation holders, I became close to a few of them. I talked to them regularly, and promised them I would do my best to find more concrete proof one way or another. I didn’t think anything would really change, I thought that my article was correct, which is why I published it (even though several people asked me to redact the article simply because they didn’t want to believe the car they had been waiting for for two years wasn’t coming.)

One person I spoke to regularly was a guy named Mike. He’s from Dallas, and he was kind enough to describe his entire story with the LR RWD saga, and he was sure to tell me about the delivery of his LR AWD, which he took delivery of in the past week.

“I reserved a Blue, LR RWD Model Y with Induction wheels & black interior in early 2019.  Put down $2500 and locked in $6k for FSD,” Mike told me. He was very excited for his new Tesla, because he had been waiting a long time. The Model S and Model X were out of his price range, and his kids didn’t make the Model 3 a suitable option.

“Finally had the perfect SUV – the Model Y, but my budget was being stretched. Never spent so much for a car in my life.  But SR wouldn’t have been enough for me as my family often travels.  So LR RWD seemed like the perfect middle ground – more than enough power than my previous SUVs, don’t need AWD in Dallas, yet it would be great for traveling.  But once Performance and LR AWD were starting to be produced (months early), the only thing that posted on Tesla website was “LR RWD is not scheduled for production at this time”.  Everyone who had preorders eventually got filled (even 7-seaters), but LR RWD preorders just sat there.”

And he sat there.

And sat there. For two years, with no answers.

Desperate for answers, Mike did anything in his power to find an update on the car.

“I set news alerts for “LR RWD”, tweeted Elon, asked a showroom, emailed the official order team in Fremont, even asked questions during the Quarterly Meetings,” Mike explained. “No information, and it was very frustrating.  Tesla is a great company, but seriously lacks in the communication department.”

Ultimately, my article was when Mike started to question what was going on. Elon then confirmed the car wasn’t going to be made, and this is when he decided to do something about it. “I reached out to my local showroom on migrating orders – and this is also what was frustrating, they still didn’t have any official communication.  Some of the people said ‘We can move you over to LR AWD but you’ll have to pay $10k for FSD.’ Others said ‘We might be able to move you over and keep your FSD at $6k, but no guarantees.'”

Several reports indicated that Tesla would honor the FSD pricing that was set at the time of ordering the car, usually $6,000 for the LR RWD reservation holders. Some had to pay the full $10,000 price, which is where FSD sits currently. “I’ve read of others online canceling their orders and replacing them, and having to pay the $10k pricing. I finally took things into my own hands, and contacted the HQ Ordering Support in Fremont. I probably had 5+ calls with them, and their communication issues are the same as others – they don’t get back to you via email or phone, and every time you call you have to repeat everything and explain to THEM how they need to keep the FSD price. Finally got a hold of a supervisor, and he got me taken care of. Switched to LR AWD, kept the $6k pricing.”

Mike took delivery of his new Model Y in late March. It is the same color that he wanted, and he is happy he waited. “Overall I’m glad I waited 1 year after launch to take delivery of my Model Y.  With COVID I’ve driven a lot less, so getting a new car wasn’t a huge priority.  I heard horror stories of early deliveries, so I inspected the car thoroughly. 2 years after my initial order, I just took delivery – and the condition was great!  No gaps, no paint issues, no defects – literally perfect (and believe me, I did the whole checklist).”

The long limbo that Tesla left some owners in is a tough situation for everyone involved. It is tough for the company because it may not have known until Musk ultimately dropped the bomb on Twitter. It’s tough for the reservation holders because they sat there for two years without answers. And it’s tough for the journalists who dig for answers for the owners because Tesla never really communicates about anything ever since its PR department was dissolved.

Mike is just happy it’s over with.

“Overall, I’m happy with the car and still fighting for the Tesla cause,” he says. “I would just recommend Tesla improves their communications (ordering and service) with customers.”

This Tesla Model Y owner waited two years for a car that never came. He compromised.