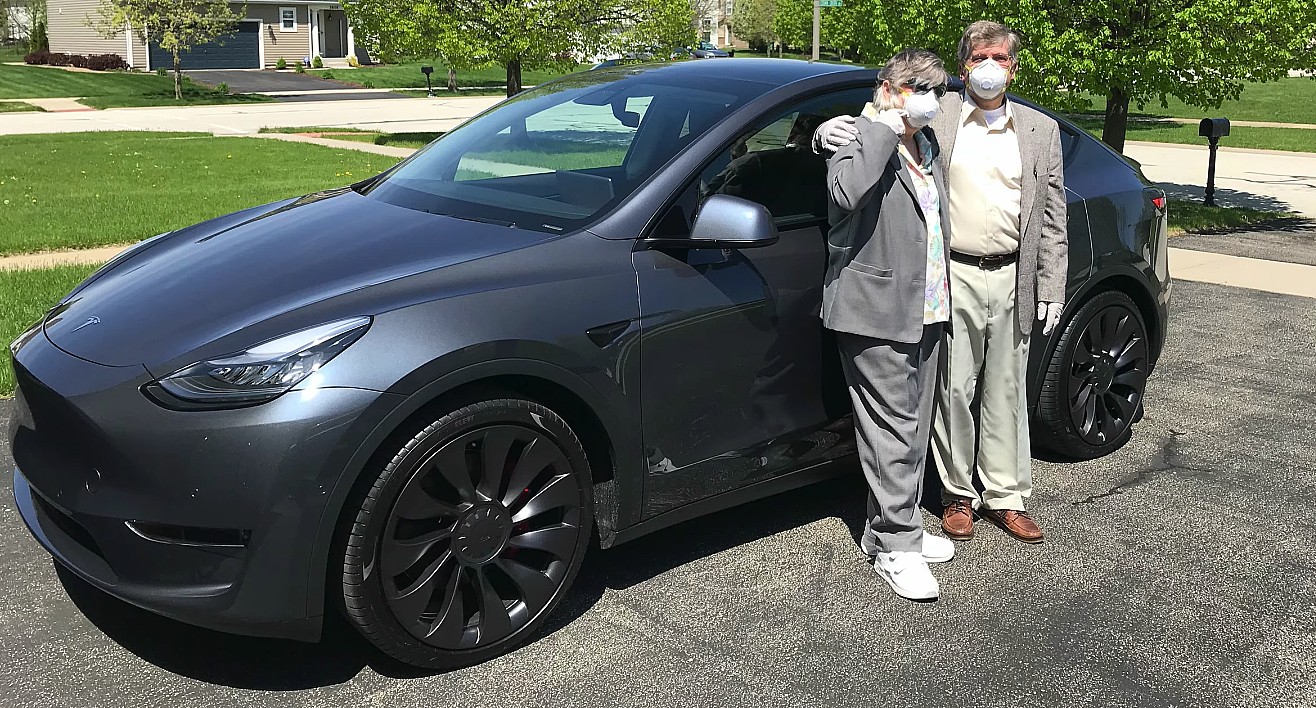 Tesla gave away a Model Y to a Referral Program winner

Tesla’s current Referral Program offers a variety of incentives for owners who wish to share the Tesla experience with their network of friends and acquaintances. Among these prizes is a free Model Y that’s granted quarterly to a lucky Tesla owner. But inasmuch as the program has been ongoing for some time now, accounts of Model Y raffle winners have been very rare.

Back in March, reports emerged that the first Tesla Model Y Referral Program winner has been drawn, and the lucky owner was from Taiwan. During the brief discussions of the raffle online, it was revealed that the Taiwan-based Tesla owner only had two referrals, which makes the win even more remarkable. And as it turned out, it appears that the next free Model Y winner will follow the same trend.

Tesla Model 3 owner-enthusiast Tesla Raj recently featured one of the recent winners of the electric car maker’s free Model Y raffle on his YouTube channel. The owners, Teresa and Mark, provided some interesting insights about what exactly happens when one wins a free Tesla Model Y. Needless to say, the experience was something truly noteworthy.

According to Mark, he and his wife had bought a Tesla Model 3 after their 13-year-old Hyundai Veracruz needed to be replaced. Being retired himself and having worked on software and hardware, Mark knew that cars were becoming more and more connected. Thus, the decision to purchase a Model 3 was made, since it was a vehicle that would likely last the couple for some time. Interestingly enough, this was not to be the case.

Mark and Teresa were casual Tesla owners, though they did get one referral credited to their account. And as luck would have it, they eventually received an email from the electric car maker informing them that they had won a free Model Y. Mark admitted that he was initially skeptical of the email, especially considering the prevalence of online scams today. Teresa was just as skeptical, though both decided to respond to the email just the same.

As noted by Mark in a conversation with the Tesla Raj host, Tesla pretty much threw every option available in the free all-electric crossover, such as the Full Self-Driving suite and the Performance Package. The company even gave the couple a Midnight Silver Model Y, which was the same color as their Model 3. That being said, Tesla sent over a Model Y with black interior to the couple, which is different from the white interior Teresa and Mark ordered for their Model 3. The delivery process of the free Model Y was seamless and touchless, and after some inspections of the vehicle, the couple received their free Model Y.

Mark and Teresa’s experience shows that Tesla’s Referral Program is definitely ongoing, and free vehicles are indeed making their way to lucky owners. That being said, those who end up winning free Model Ys in the future should expect to pay about $401.00 in their Tesla account online to cover various fees, so the crossover is not completely free. As noted by Mark, though, such an amount is minuscule considering the cost of the free vehicle. The couple’s experience also highlighted the insane demand for the company’s vehicles, as the Model 3 that the free Model Y replaced found a buyer just a day after it was posted for sale.

Watch Tesla Raj’s feature on the free Model Y winners in the video below.

Tesla gave away a Model Y to a Referral Program winner