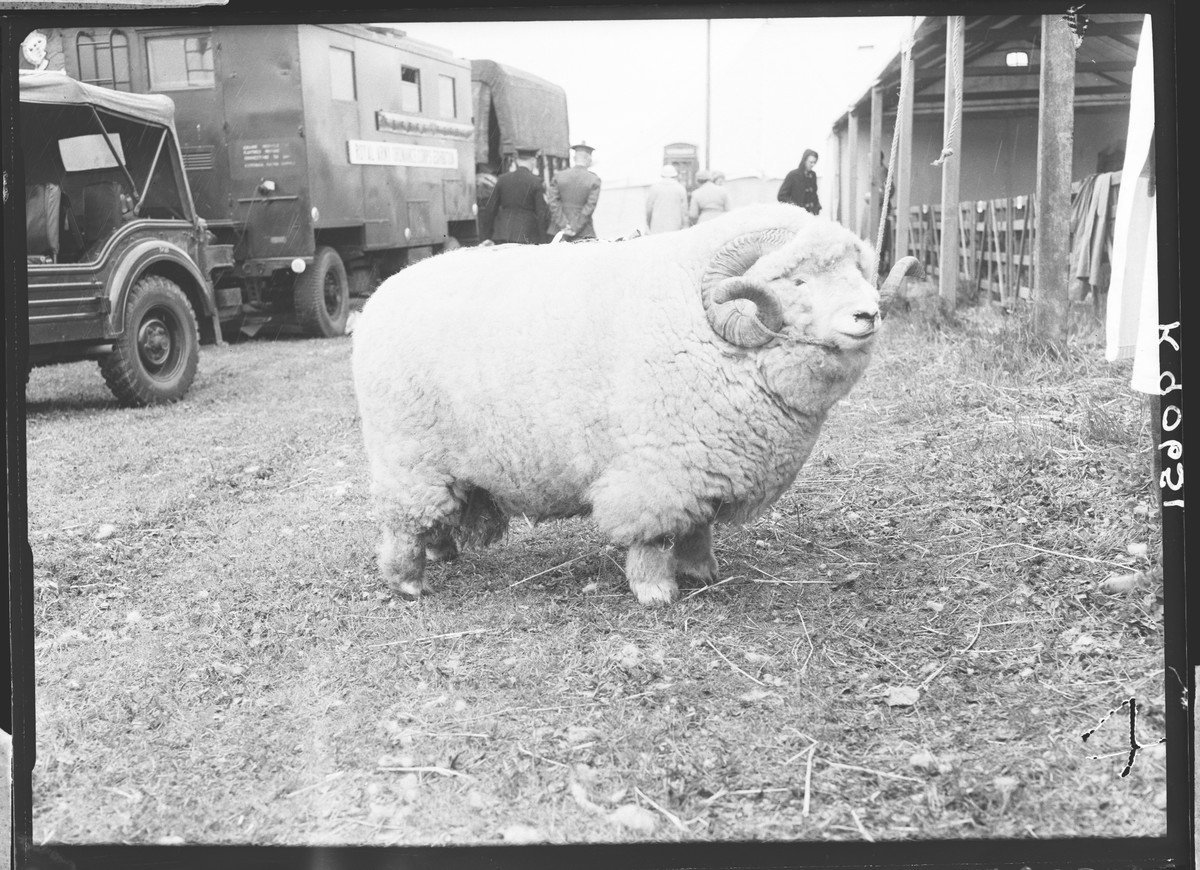 Tesla has a new social media manager, and fans of the all-electric car maker were recently privy to the most important, very public part of the position’s hiring process in the form of a Twitter laugh challenge with CEO Elon Musk. Not many job seekers begin their journey to employment this way, but not many people inspire Musk to swap his profile picture for something they’ve posted on the internet, either. The new hire’s name is Adam Koszary, and he starts his new job in July.

If you follow Elon Musk closely on the platform (or are an avid Twitter user in general), you may recognize Koszary’s work as Programme Manager and Digital Lead for The Museum of English Rural Life (The MERL). More specifically, you’ve probably seen an Exmoor Horn aged ram (i.e., a big sheep) show up on your Twitter feed in various meme-type forms if not in its original glory: “look at this absolute unit.”

The phrase “absolute unit” is used online to jokingly refer to anything that’s large in size or stature relevant to its nature.

In April last year, The MERL shared its now-famous sheep photo and caption on Twitter, and the post went viral shortly thereafter. Fast forwarding to this year, MIT’s Technology Review Twitter account used a similar meme strategy to direct attention to an article it published about the first flight of Stratolaunch, the world’s largest aircraft. “Look at the size of this absolute unit,” MIT wrote alongside a link to the piece.

Musk later replied to MIT’s tweet with The MERL’s sheep photo, saying “I’m an absolute unit too.” He then changed his account profile picture and bio to reference the same sheep, and The MERL responded in kind by changing its Twitter photo to an image of Musk. The museum also changed its name to The Muskeum of Elongish Rural Life temporarily. Adam Koszary was apparently behind those clever jokes sent from The MERL’s account, and they’ve now earned him the new job with Tesla.

Providing a source of amusement for Musk isn’t the only hiring qualification Koszary has, of course. His work with the museum’s social media account brought in some serious results in terms of engagement with an online audience. Before the museum’s sheep tweet went viral, its Twitter account had around 9700 followers. Today, that count is up to 133,000.

Tesla and Musk’s position on product advertising is clear – they don’t do it. Keeping that in mind, hiring on a social media manager with a proven track record of audience generation looks to be a smart move for the brand. Also, it’s just fun to see in action. While Koszary’s position is said to start in July, Tesla’s corporate Twitter account has already been warming up its audience for his style of social media engagement.

Earlier this month, the car maker began tweeting with a notable level of wit, sass, humor, and tons of attitude not previously demonstrated. Rather than keeping to its usual professional tone and business-oriented subject matters, tweets and responses were suddenly sharp and sarcastic in ways reminiscent to how Wendy’s Twitter account handles its social media platform. The response to the change from Tesla’s audience was overwhelmingly positive, and by bringing Koszary on board, it looks like the new voice of the company is here to stay.

Koszary’s creds for social media management were further on display in a column he published on Medium last November wherein several points of advice were offered to any institution looking to repeat MERL’s type of success on Twitter or other platforms. “If you want people to have a conversation with you, you’re going to have to have a bit more personality. This doesn’t mean being funny. This means being more relaxed in how you address and discuss things with people so they feel like they’re talking to a real person,” he recommended in the piece. “Social media is social, so be social.”

Overall, if the Twitter affair with Elon Musk was Koszary’s interview for his new position as Tesla’s social media manager, his post on Medium could be considered a type of work sample attached to his resume. All things considered, the parties look like a good matchup for an amusing and engaging ride ahead for everyone.