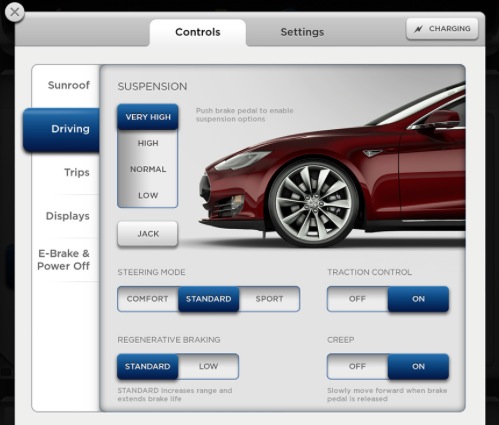 Tesla is under the microscope with the National Highway Traffic Safety Administration (NHTSA) over reports that the Model S suspension may have design issues. According Reuters, NHTSA spokesperson Bryan Thomas said the agency is “examining the potential suspension issue on the Tesla Model S, and is seeking additional information from vehicle owners and the company.”

The report comes after complaints were surfaced to the NHTSA by a Model S owner who experienced a loss of steering after the vehicle’s left front hub assembly suddenly separated from the upper control arm while traveling on a rough patch of road. The owner under the Tesla Motors Club forum (TMC) name gpcordaro informs users that his Model S had its air suspension on the highest setting while traveling at 5 mph at the time of the incident.

After reaching out to Tesla Service about the situation, the owner was told that the car would not be covered under warranty as the problem was a result of normal wear and tear. Not agreeing with Tesla’s stance, the Model S owner submitted the broken parts in question to the NHTSA for review. In a post on TMC, gpcordaro writes:

“I just heard back from NHTSA on my worn or failed ball joints. They said that the were of poor quality and failed prematurely. They are looking for other examples or samples to test, to see if it is a bad batch at the production level or a bad design.

If you have experienced a similar incident, I urge you to have the old parts saved by your Service Center and contact NHTSA for them to test the quality of the parts. This is a matter of Public Safety. Here is their contact information.”

The NTHSA is currently reviewing the case as a first step before deciding whether a formal investigation will be launched.

Below is a video showing the failed ball joint and control arm assembly that’s being questioned.