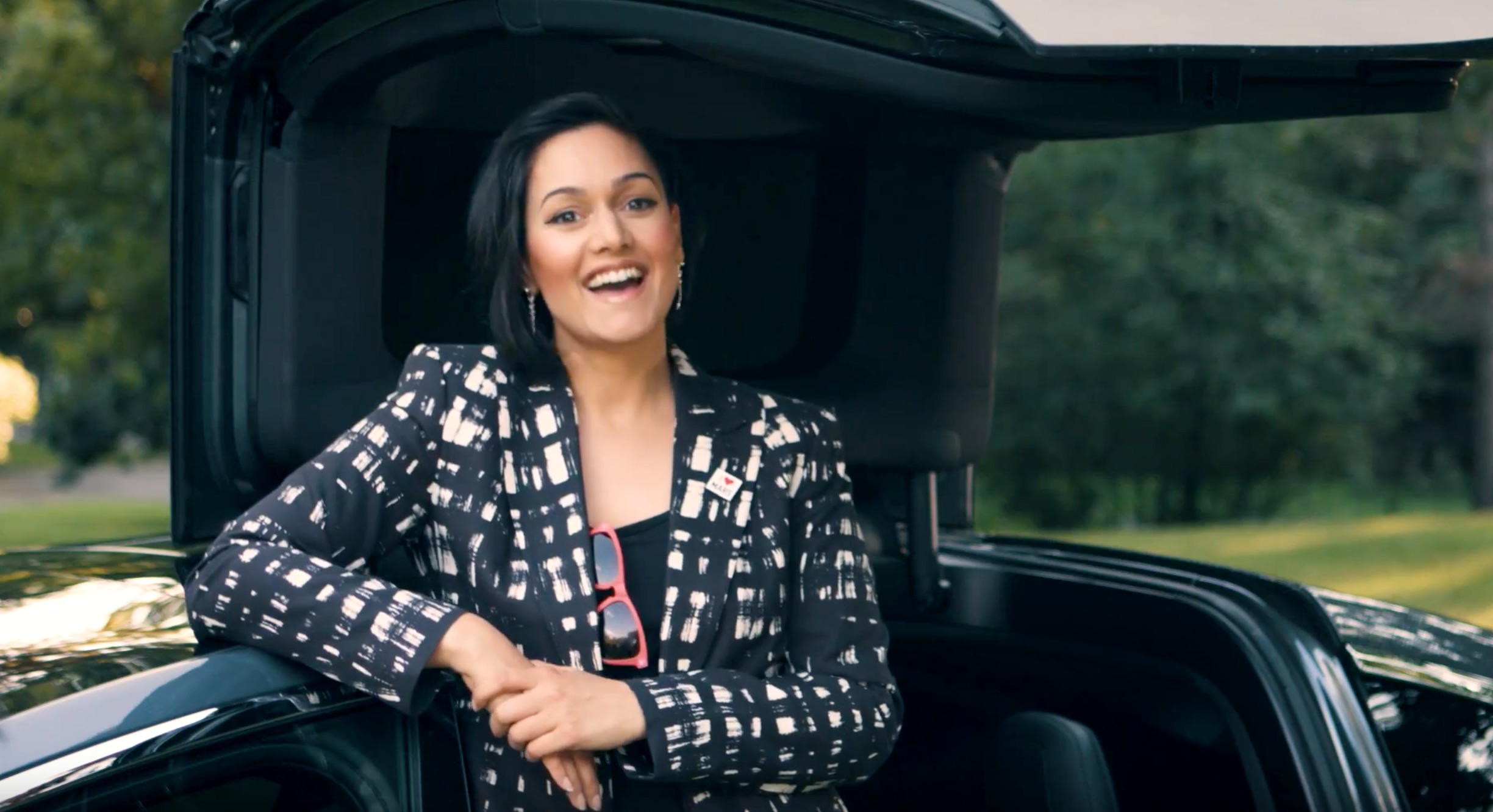 Beginning on March 4, Tesla announced it would be holding a competition to find the best homemade commercial. The contest came in response to a letter sent to Tesla CEO Elon Musk by 10-year-old Bria Loveday, suggesting the company hold a video contest. Musk responded in a tweet, and thus “Project Loveday” was born.

Tesla received hundreds of video submissions, but 10 stood above the rest, and later it was narrowed down to 3. One video to make the cut came from first-time YouTuber Sonja Jasansky of Minnesota. Jasansky’s super-quick and ultra-quirky video highlighting Model S specifications and debunking common misconceptions earned her a top-3 spot in the competition.

YouTube channel Everything Tesla welcomed Jasansky on the show to talk about her experiences as a Tesla owner and how she got the idea to enter the competition.

“If I had to give my number one reason for driving a Tesla, I would say right now in my life because I have children, is safety,” Jasansky said. “It is the safest car you can drive.”

The videos were judged by Tesla execs and also were voted on by Twitter users. Jasansky claims she was new to Twitter and didn’t have much experience using the app.

The contest was won by Marques Brownlee, a familiar YouTube sensation whose channel has nearly 5 million subscribers. Brownlee’s video garnered over 999k views, while Jasansky’s had 146k.

While Everything Tesla host Alex Guberman was not pleased with the voting or selection process and took to Twitter to express his feelings.

Watched them personally to make sure & I agree with the outcome. Wouldn't have judged differently. Amazing videos all, but @MKBHD was best.

Jasansky on the other hand was at peace with the selection process.

“I think using Twitter was great way to get people engaged in this contest,” Jasansky said. “As we all know voting is never a perfect process but they did work to make sure the voting process was accurate”

She was also extremely humbled by the outpouring of support she’s received since.

“It was an intense few days,” Jasansky said. “Everyone was thrilled and excited and it was amazing to see our video reach such a large audience. We’ve received so much love and support and congratulations, it’s been a really positive experience.”

Much to her fans pleasure and encouragement, Jasansky said she plans on creating more YouTube videos in the future, focused on Tesla and her experiences as an electric car owner, and also as she remodels her house to be 100% solar powered.