The next-generation Tesla Roadster is yet to enter production, but the all-electric supercar is already capturing the interest and imagination of auto enthusiasts worldwide. Much of this interest stems from the Roadster’s potential, as it is a vehicle specifically designed — as Elon Musk put it — to “deliver a hardcore smackdown” to gasoline-powered cars.

Looking at the specs of the Roadster, it is evident that Tesla is dead serious about making the vehicle a class above the norm. Equipped with three electric motors, the all-electric supercar is capable of sprinting from 0-60 mph in 1.9 seconds, accelerating all the way to a top speed of more than 250 mph. The vehicle is equipped with a very sizable 200 kWh battery pack as well, giving it a range of 620 miles per charge. Few gas-powered cars in the market today can hold a candle to these specs.

The next-generation Roadster’s upcoming disruption of the supercar industry was showcased in a brief teaser created by a Tesla enthusiast who goes by the name of The Yazuki. Uploaded on video sharing website Vimeo, the spec for the next-gen Roadster likened the vehicle to light, in the way that it is powerful and capable of breaking through barriers. The teaser featured a number of impressive shots of the Roadster, all of which highlight the supercar’s futuristic design. 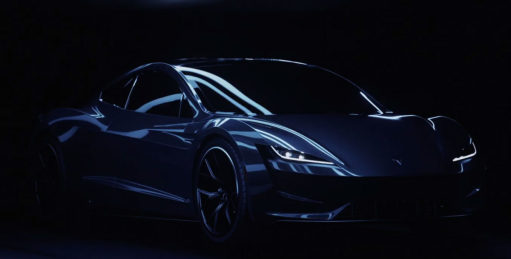 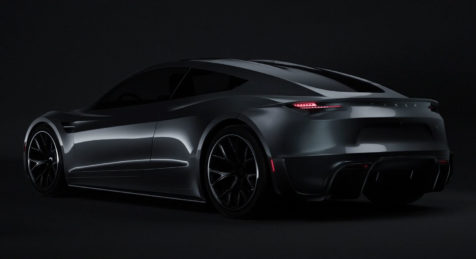 What really set the stage for the next-gen Roadster’s disruption is the vehicle’s features and price point. Being created by Tesla, the all-electric supercar is equipped with all the advanced tech that the company is known for, such as Autopilot and a special mode that optimizes the car for 0-60 launches (aptly named as “Plaid Mode,” in yet another reference to the movie Spaceballs). What’s particularly amazing, though, is that Tesla is aiming to offer all this performance for a starting price of $200,000. Other, more costly variants, including a rocket tech-equipped version dubbed as the “SpaceX package,” are set to be released later.

At $200,000, the next-generation Tesla Roadster will enter the market at a lower price point than mid-tier supercars like the McLaren 720S and the Ferrari 812 Superfast, both of which are priced closer to the ~$300,000 range. Performance-wise, though, the next-gen Roadster meets or exceeds the standards of halo vehicles like the McLaren P1, Ferrari LaFerarri, and the Porsche 918 Spyder — all of which have earned their place in the echelons of the elite hypercar category.

The next-gen Roadster has already started influencing the supercar market. Christian von Koenigsegg, for one, credits the Roadster for pushing his company to create its best vehicle yet. During a segment on YouTube’s VINwiki channel earlier this year, professional driver Emile Bouret, who gave test rides on the Roadster during the vehicle’s unveiling, also commented on the skepticism surrounding the all-electric supercar.

“I love that I live in a world where all these cars exist. You have Koenigseggs and Paganis and Ferraris and Lamborghinis and McLarens and Porsches and Rimacs and Teslas. So, I know there’s a lot of hate out there, but I just don’t understand it. If you’re a car person, wouldn’t you root for everybody? Not because I’m working for them — partially because I’m working for them. I’m definitely rooting for them because the world will be a better place if that car does get built and it gets on the road because other people are gonna build cars to beat it — and we’re gonna win,” he said.

Watch the next-generation Roadster’s “A Tale of Light” spec in the video below.