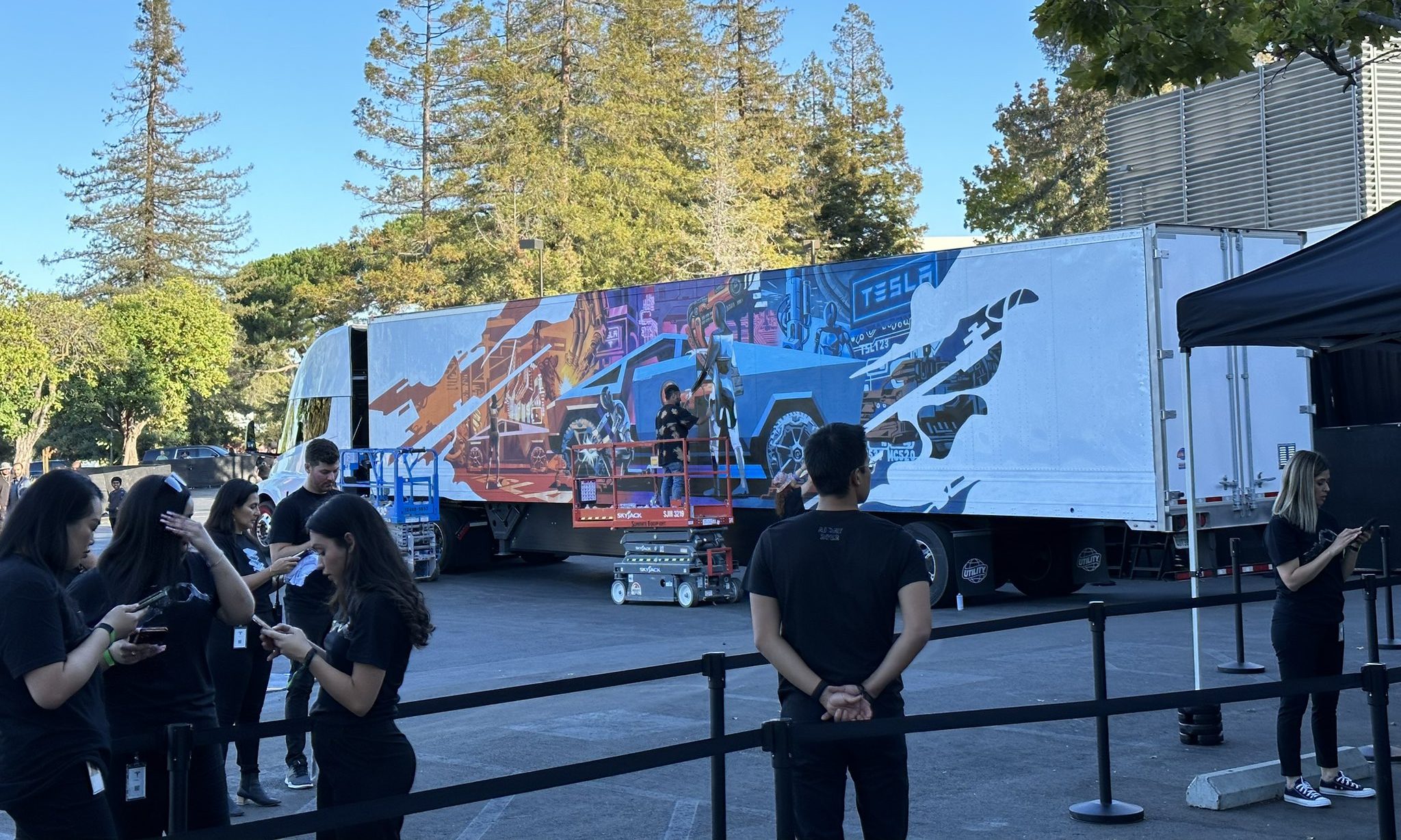 Tesla is certainly making its intentions with its Tesla Bot (Optimus) project known, as hinted by the Cybertruck graffiti on a Tesla Semi parked on the premises of AI Day 2022.

During Tesla’s Q4 2021 and Full Year earnings call, Elon Musk highlighted that Optimus is one of the most important products currently in development at Tesla. Musk added that the humanoid robot would be used by Tesla in its factories, with Optimus performing tasks that are repetitive or dangerous, among others.

This was depicted in the Cybertruck graffiti on a Tesla Semi parked around the site where AI Day 2022 is being held. The colorful mural shows a view of a Cybertruck production line, but instead of humans building the all-electric pickup truck, the vehicle was being assembled by Optimus.

Several Optimus bots could be seen in the Tesla Semi mural, with some working on the Cybertruck’s wheels and others working on the vehicle’s body. It’s an incredibly futuristic scene, and it’s one that might very well be accurate in the near future.

The plan ultimately had to be scrapped, and Tesla learned a hard lesson in over-automation. Later on, Elon Musk would note that human workers are underrated, since there are simply some tasks that are easier for humans to do. Optimus, with its human-like proportions, might very well be what Tesla needs to create a real “alien dreadnaught” factory.