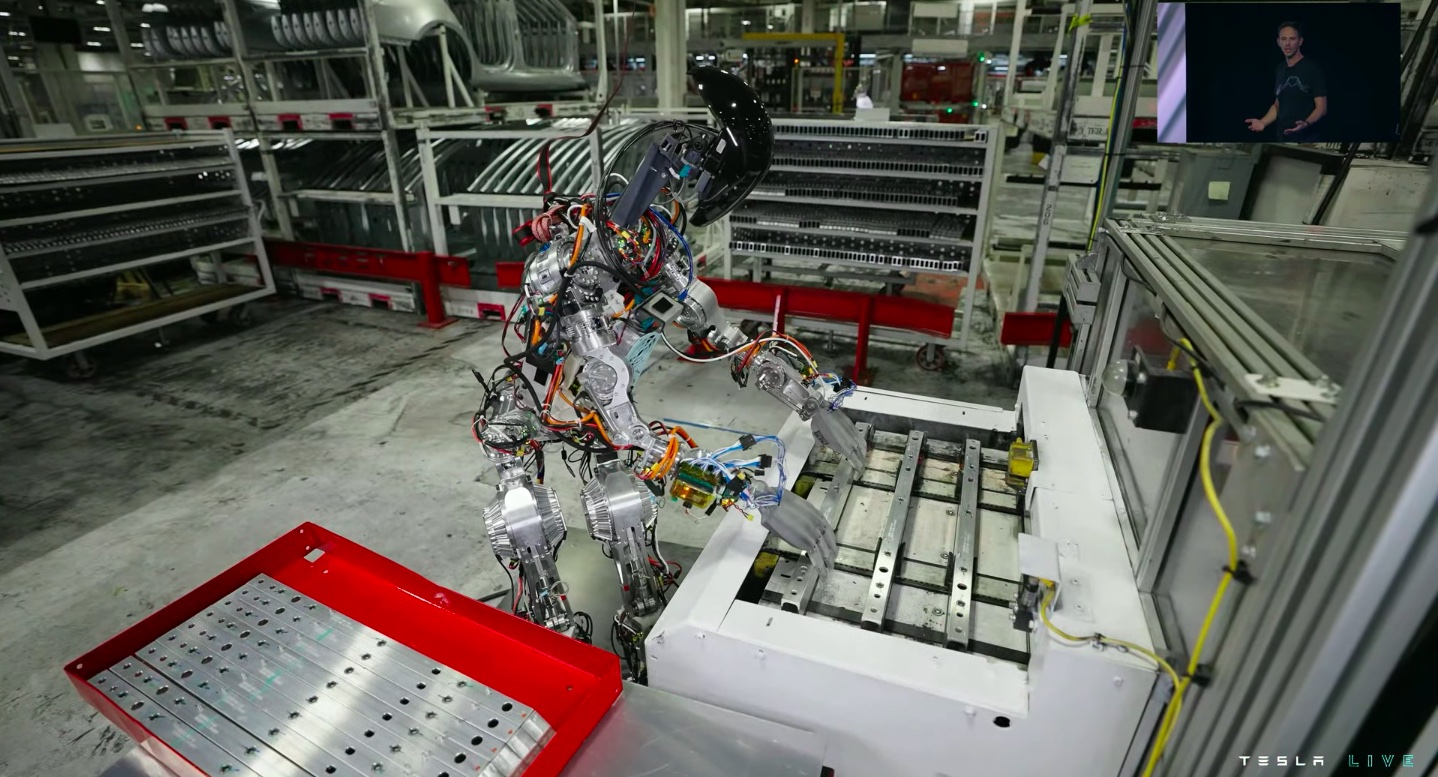 Tesla CEO Elon Musk has stated that Optimus would be deployed by the company to perform tasks in its own factories. During AI Day 2022, the electric vehicle maker released a video showing just that — a prototype Optimus bot working in the Fremont Factory.

Tesla did not waste time in AI Day 2022, unveiling its Tesla Bot prototype onstage as soon as the event started. Tesla showcased two robots: one fondly called “Bumble-Cee” that’s made with off-the-shelf parts, and one that’s still under development but made with custom Tesla components like actuators.

Following a short demonstration of the Optimus prototype’s capabilities onstage, Tesla played a video of “Bumble-Cee” in action at the Fremont factory. The video showed the robot doing several tasks, from carrying parcels around the facility to working on the actual factory floor.

While showing how the robot uses Autopilot technology, Tesla also showed the humanoid robot watering plants at the Fremont Factory’s offices. Granted, these are very menial tasks, and the robot was not untethered during the demonstration, but it is a notable step up from the past year when Tesla had no working Optimus prototypes.

Perhaps most interesting about the Optimus demo, however, was Elon Musk’s comments that came after. According to the CEO, Optimus is designed to be a mass-market product, costing less than $20,000. That’s close to the price of Full Self-Driving today, and far beneath the cost of the Model 3, Tesla’s most affordable car in its current lineup.