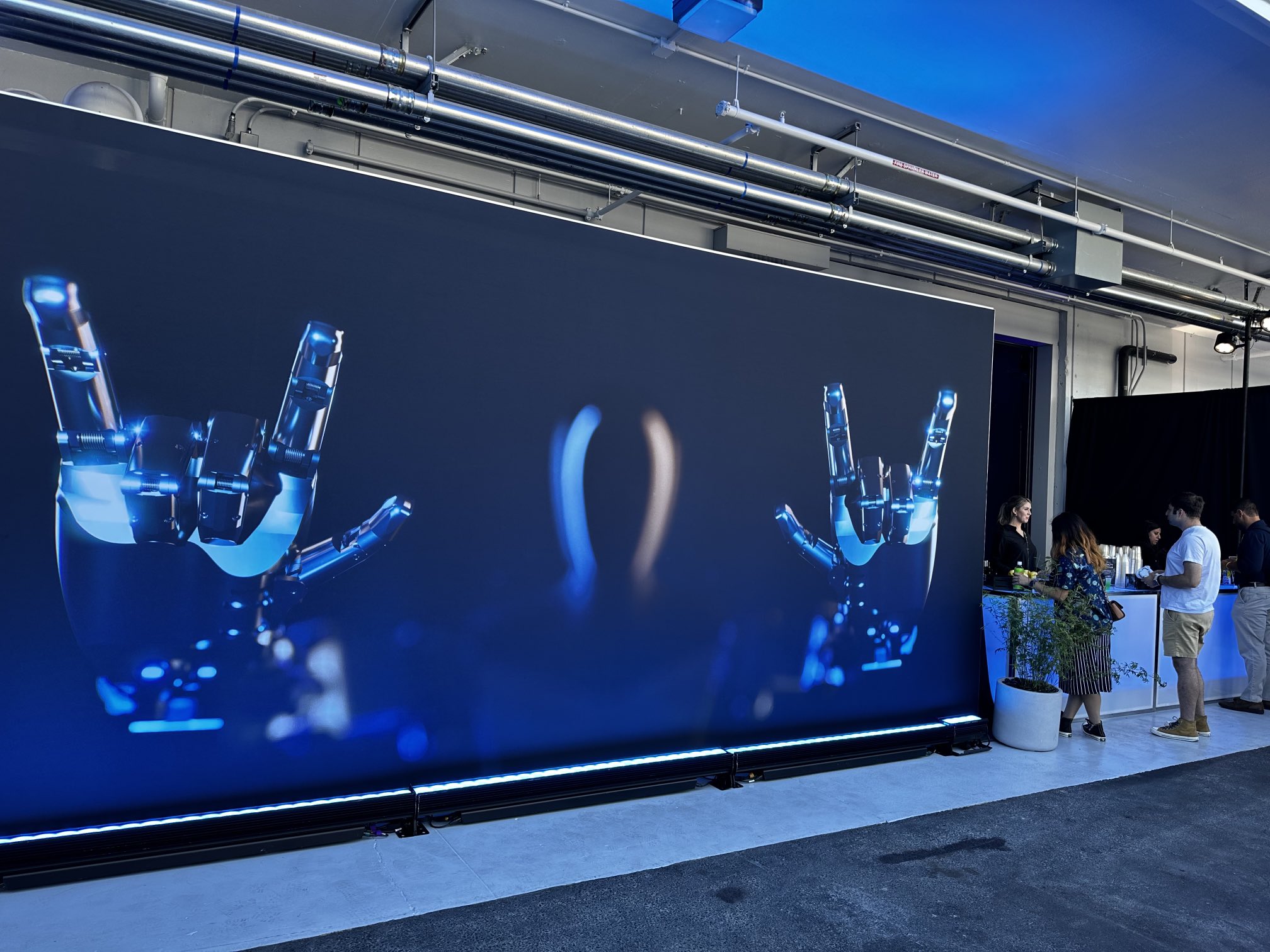 AI Day is an event mainly held to recruit talented people and welcome them to Tesla. However, it is still a Tesla event, so everyone expects some product surprises and updates, specifically about the company’s humanoid robot, Optimus, Dojo, and Full Self-Driving.

Teslarati will be closely following the event. This is our news roundup for 2022 AI Day, covering key information Tesla reveals at the event.

Photos and Videos aren’t allowed during the event from attendees. However, guests were able to capture some cool photos of a Tesla Semi with Cybertruck graffiti, a literal fork on the road, and some other cool set ups around the premises.

Tesla’s former AI Head, Andrej Karpathy, has brought out the (metaphorical) popcorn. His brief “comment” hints that AI Day 2022 might be as exciting as everyone anticipates.

Elon Musk set some expectations about Optimus, reminding everyone that during AI Day 2021, Tesla’s humanoid bot was just “a guy in a robot suit.” Musk also laid out the topics for AI Day 2022, saying that Tesla will talk about Autopilot and Dojo, too.

Tesla didn’t waste any time and brought out Optimus immediately. According to a Tesla mechanical engineer, AI Day 2022 is the first time Optimus has been “let out”– so to speak– without any external support.

“This is literally the first time the robot has walked on stage without a tether, on stage tonight,” Musk added. “The robot can actually do a lot more than we showed you. We just don’t want it to fall on its face.”

Tesla reveals videos of Optimus or in this case “Bumble-Cee” doing “work” around the Tesla office. Optimus carried a box from one area to another, watered plants, and even worked at the factory for a bit. The Tesla bot’s vision is very similar Autopilot.

Tesla also revealed Optimus’ potential final unit one production design. “Our goal is to make a useful humanoid robot as soon as possible,” said Elon Musk. The Tesla CEO also shared that Tesla aims to make Optimus’ price less than $20,000 or cheaper than a car.

Tesla is using some of the technology in its car in Optimus’ body as well, such as the battery pack, cooling system and more. The company also uses that same technology it uses for its cars to simulate Optimus’ movements and reactions to external collisions.

Tesla is basing Optimus’ body design on the human body. The company has been closely studying the structure of the human body while making the humanoid robot’s overall design. For instance, Tesla designed Optimus’ hands with the idea that factories worldwide are designed ergonomically, or optimized for the human hand. Teslarati briefly covered the significance of robots’ hands in a previous article, linked below.

Tesla explained the progress its made with Full Self-Driving Beta. The Tesla FSD experts explained how the Full Self-Driving makes decision to AI day guests and the role that customer data played to refine the software. The company also explained occupancy and the role it plays with 3D mapping and providing a birds-eye-view for the car. Tesla is working hard to optimize its video model training as well.

Tesla also talked a lot about its FSD Lane Networks during AI Day 2022. In the past few weeks, Teslarati has received reports from FSD testers, who specifically brought up issues with lane selection. To see “under the hood”–so to speak–somewhat explains the lane issues FSD testers experience on the road.

After multiple test loops and drives, there’s really just one main problem remaining for me at this point on 10.69.2, it’s significant, and that is lane selection,” noted long-time FSD tester Les.

Tesla has developed a new auto-labeling machine to help with 3D labeling. The FSD experts explained how the software uses other clips to fill out the picture under certain conditions when the camera shows an unclear picture.

Tesla also talked a bit about simulation. The experts showed how it could simulate worlds or environments, using the data gathered from its fleet. It revealed a simulation of San Francisco that was created within two weeks by one employee. Tesla may update a simulated world quickly and as updated develop.

Tesla’s goal with Dojo is to build a single accelerator. A key step to realizing its goals was its training tile, which it unveiled during AI Day 2021. Tesla has been trying to figure out how to make its Dojo design scalable and has run into challenges along the way. However, the company’s “fail fast” mindset has helped it push through road blocks and move forward.

The Dojo team showed images of a Cybertruck and Semi running on Mars using stable diffusion achieved through Dojo.

Tesla experts explained that Dojo reduced work that would usually take months to a single week.