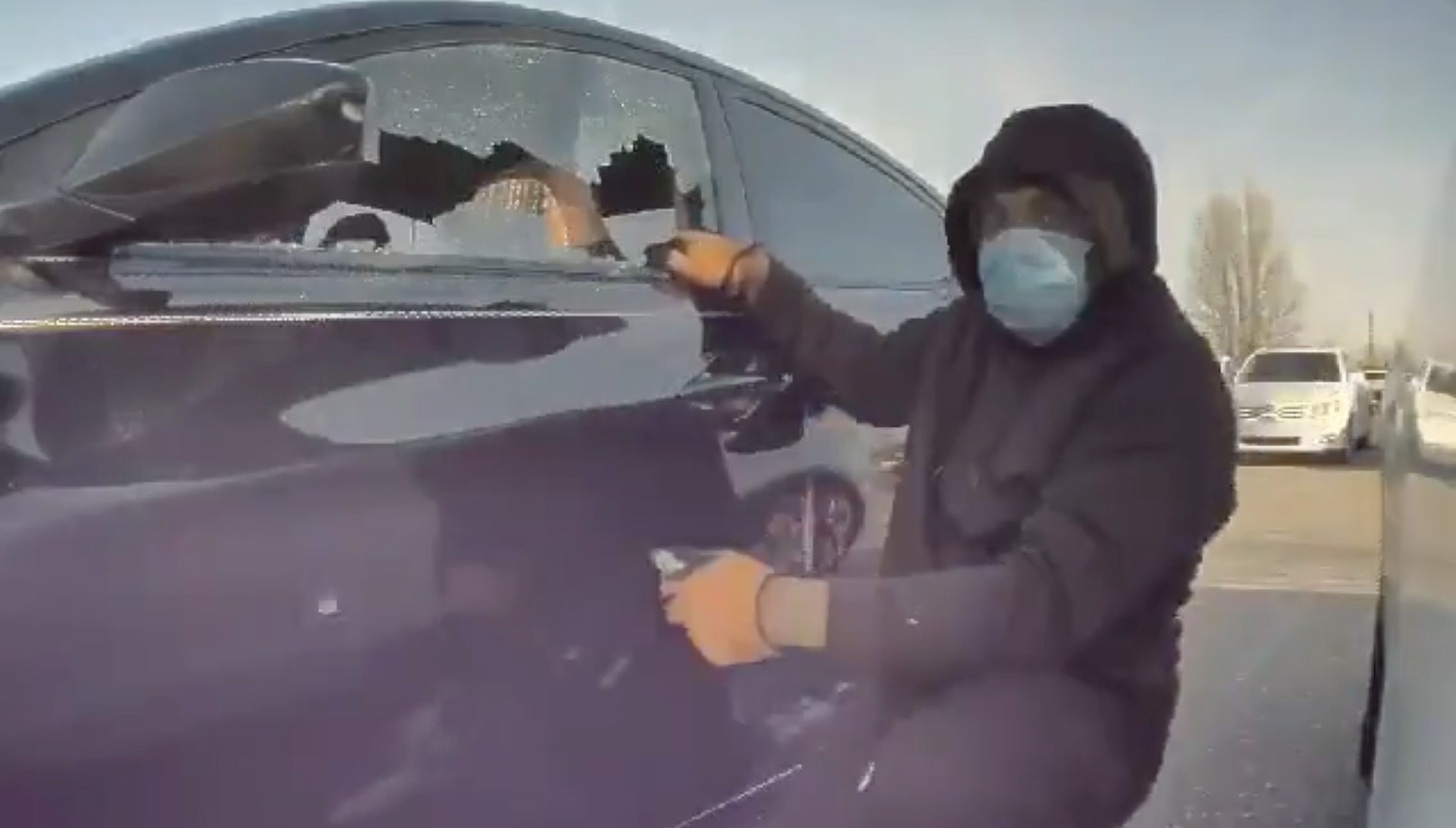 Tesla Sentry Mode recently captured a burglar breaking into a nearby car who evidently didn’t realize he was being recorded by the car right next to him. After breaking into one vehicle successfully, the vandal turned his sights to the all-electric Model Y that recorded him but gave up after he couldn’t penetrate the reinforced windows.

A Clinton, Utah gym was the perfect place for the burglar to attempt to steal some free goods from some hard-working people. Unfortunately for him, his entire 20-second burglary was captured on camera by Tesla’s Sentry Mode feature that activates and captures events that occur nearby. The robber successfully broke the window of a vehicle and retrieved a small bag of valuables, all while looking directly at the external camera of the Tesla Model Y. After several years worth of Sentry Mode clips being uploaded to the internet, vandals, robbers, and criminals still do not realize that breaking into a car that is sitting near a Tesla will probably result in your eventual prosecution.

Below is a video we obtained of a vehicle burglary that occurred just this week in Davis County. It took 20 seconds for the thief to break the window and take the purse in plan view. Please do not leave valuables inside your vehicle, or place them in your trunk. pic.twitter.com/buE3YRhT6f

The owner of the Model Y was exercising at a local gym when the burglary occurred. After coming out to get back into her car, several police officers were already on the scene interviewing eye-witnesses to get a description of the culprit. However, Cheri, the Model Y owner, had what could be the key piece of evidence: a lengthy video recorded by her car, which captured the entire event using its external cameras.

“I was angry, and then I was excited because we got you, sucker,” Cheri said to KUTV, a CBS affiliate. The burglar was well concealed by using a mask, gloves, a ski hat, and a hoodie to hide most of their appearance. However, the Model Y’s cameras seem to have captured enough that local police seem confident that it will lead to an arrest.

“The funny thing is, when you look on the video, you can see people are walking in and out of the gym, and they have no idea that the guy is crouched down, getting ready to steal,” Cheri said. “They have no idea. I’m definitely going to pay more attention.”

Gyms seem to be a common place for burglaries because those working out are focused on the task at hand and not monitoring their vehicles for potential break-ins. “It’s an easily targeted place where we get a lot of car burglaries,” Officer Lexi Benson of the Kaysville Police said. “The suspects know these people are inside — they’re busy, they’re working out, they’re not looking out the windows.”

Tesla’s Sentry Mode has helped solve numerous cases of vandalism in the past. Interestingly, the widely-known feature hasn’t stopped some burglars or vandals from performing their immoral tasks. Hopefully, this will be another notch on the belt of Tesla’s sophisticated safety feature.

Clinton Police are requesting anyone who may recognize the suspect to contact them at 801-614-0800.