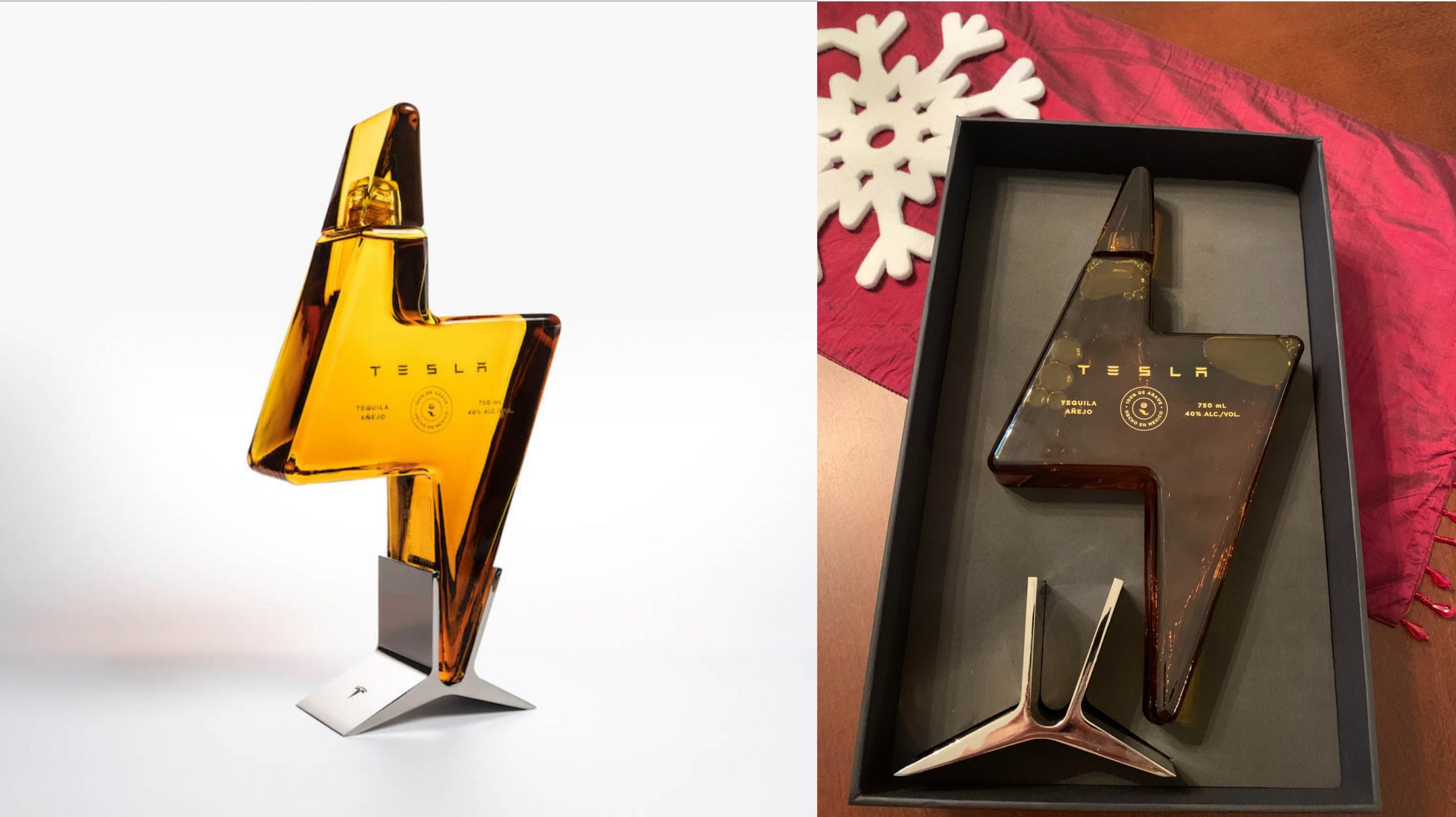 Tesla Tequila deliveries have started just in time for the holidays. A Reddit user reported receiving his Tesla Tequila order on November 30 from Palmetto, Florida. According to the Redditor, he did not receive a message before the package arrived.

“Randomly appeared. Wasn’t executive it so had no clue what it was at first. It was shipped from Florida. Likely why I got it so fast,” said u/Tesla-Tesla. He later clarified that he received an email from Speakeasy, the fulfillment company for Tesla Tequila, that his order was shipped so he should expect delivery within 3-5 days. It seems the shipment was so fast, he received the actual package before the message.

A few commenters on the Redditor’s post also revealed they received their Tesla Tequila bottles. One reddit user residing in Orlando reported received his Tesla lightning bottle, too. Another Tesla Tequila customer from Texas received a message that his bottle was coming.

Based on some of the comments on the thread, Tesla Tequila may be coming as a surprise to some, so it best to keep a lookout for a package. According to u/Tesla-Tesla, the lightning-shaped Tesla Tequila bottle comes in a box with the rough dimensions of 8.5 inches x 14 inches x 4 inches.

Tesla Tequila stock was sold out within a couple of hours after it was announced. But those who missed the first run of Tesla’s newest novelty item should not fret. Elon Musk shared that Tesla will be selling the lightning bottle with its stand and matching shot glasses as a Tesla Tequila set worldwide.