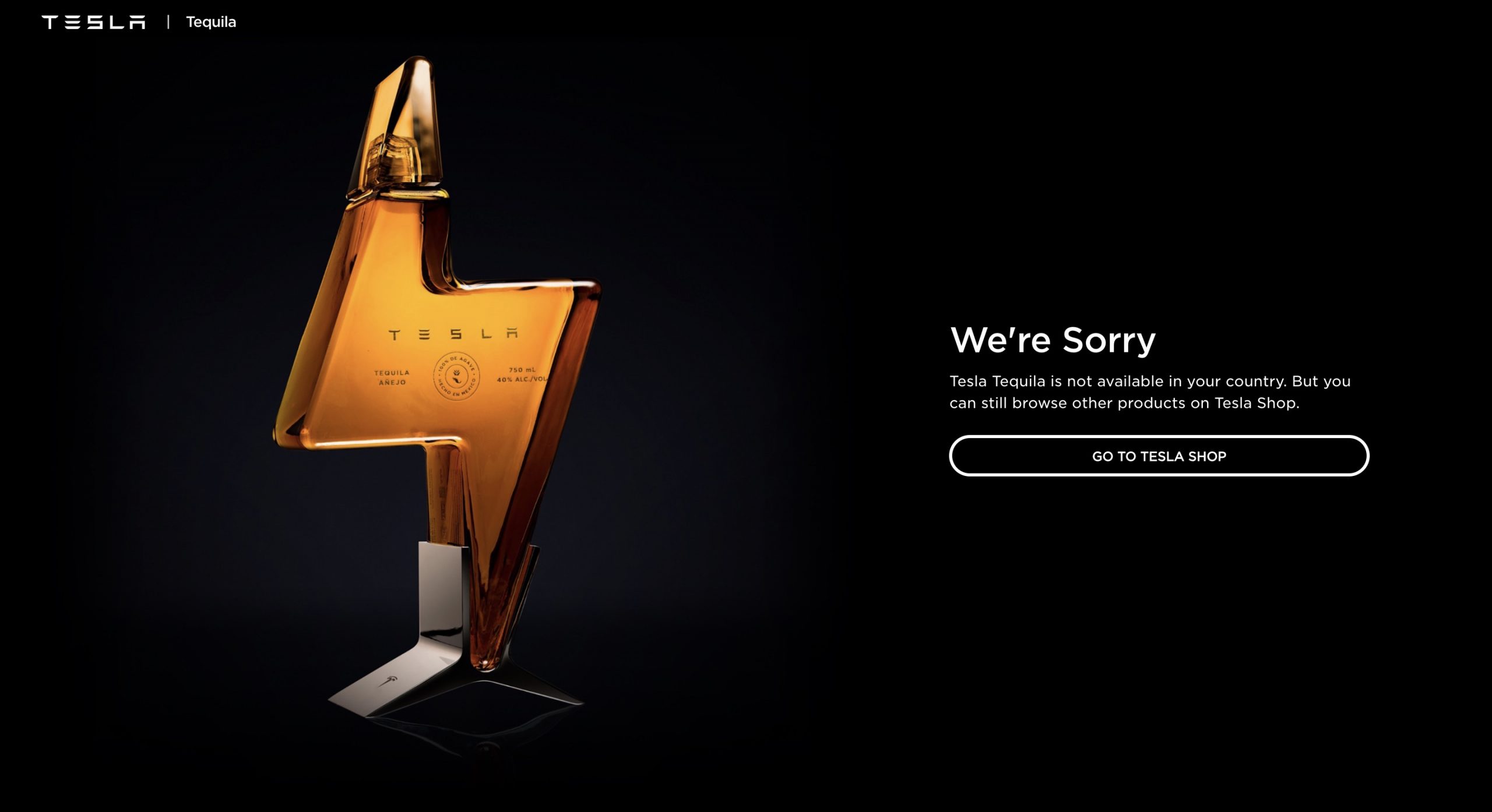 Tesla Tequila may have sold out its initial run just hours after it went live in the company’s official store, but it appears that more members of the EV community could enjoy the product as well—at least to a point. As noted by Elon Musk in a recent update, Tesla would also be selling a “Tesla Tequila Set” of sorts, and it could be sold worldwide.

When asked if Tesla Tequila would be coming to Europe soon, Musk noted that the number of rules associated for the distribution of liquor is notable. This is true when shipping products to foreign countries, or just across the US. With this in mind, Tesla has opted to sell its lightning-shaped bottle and shot glasses instead, which would likely be far easier to ship to customers.

“Unfortunately, there are too many rules around liquor distribution, even in the US. However, we will be selling the lightning bottle & shot glasses worldwide,” Musk wrote.

Considering the variety of alcohol distribution laws that Tesla has to meet to distribute its branded liquor worldwide, it would be more practical for the electric car maker to simply sell the product as a novelty glassware set. The main appeal of Tesla Tequila is arguably its fancy lightning-shaped bottle which invokes the company’s electric cars and energy storage solutions. A silver metal base rounds out the overall look of the product, giving it an even more premium feel.

A Tesla Tequila drinking set would actually be a pretty cool holiday gift, seeing as the bottle itself is very unique and its custom stand makes it worthy of being a display piece. Elon Musk has not shared any images of a Tesla Tequila shot glass yet, but one could infer that it would likely be just as attractive and novel as the lightning-shaped bottle. Prices for the drinking set have not been announced yet, but it would likely be notably more affordable than Tesla Tequila’s full $250 per bottle price.

While shipping Tesla Tequila as a drinking set instead of an alcoholic beverage is a practical solution for now, the EV community would likely appreciate it if the company would ship new batches of the actual alcoholic beverage in the future. as noted by some of Musk’s followers on Twitter, perhaps Tesla could partner with authorized liquor distributors in the future, which could, in turn, purchase Tesla Tequila wholesale. This should allow Tesla to handle only a small amount of logistics with regards to the distribution of its alcoholic beverage.