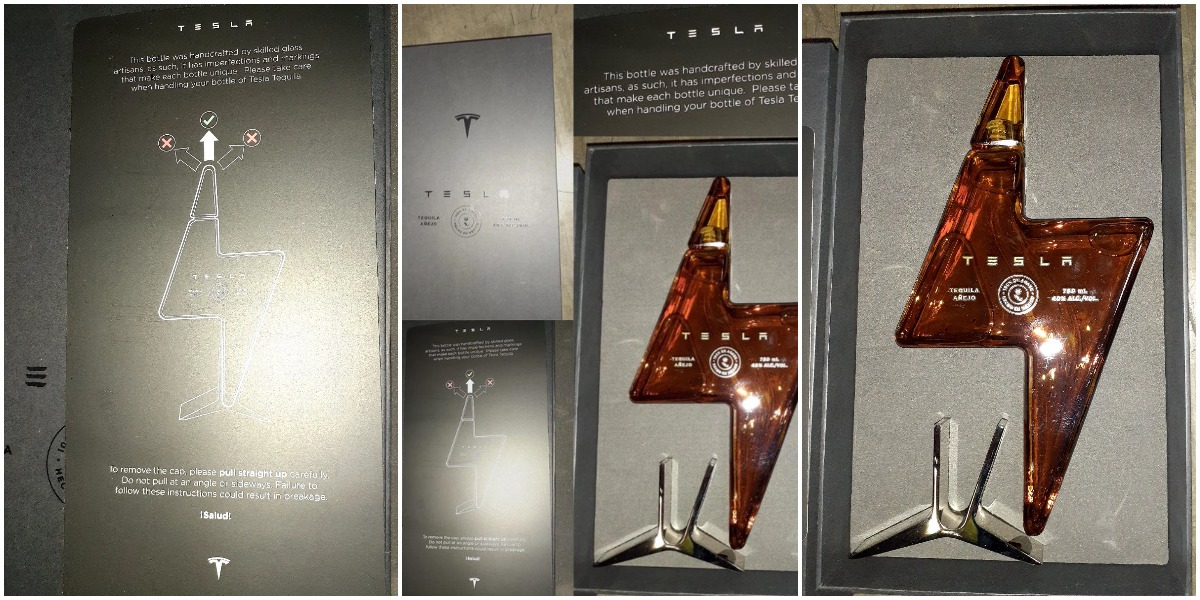 Twitter user @Edgar707KiDS showed pictures of the packaging that encases the $250 lightning bolt-shaped bottle. It appears that a commemorative box and item description will protect the liquor and stand.

“This bottle was handcrafted by skilled glass artisans, as such, it has imperfections and markings that make each bottle unique. Please take care when handling your bottle of Tesla Tequila,” a label states inside of the box.

Also included is the proper procedure for opening the bottle’s lid, which rounds off the lightning bolt at the top. The directions clearly state to pull the lid directly up and not to the side.

“To remove the cap, please pull straight up carefully. Do not pull at an angle or sideways. Failure to follow these instructions could result in breakage.” 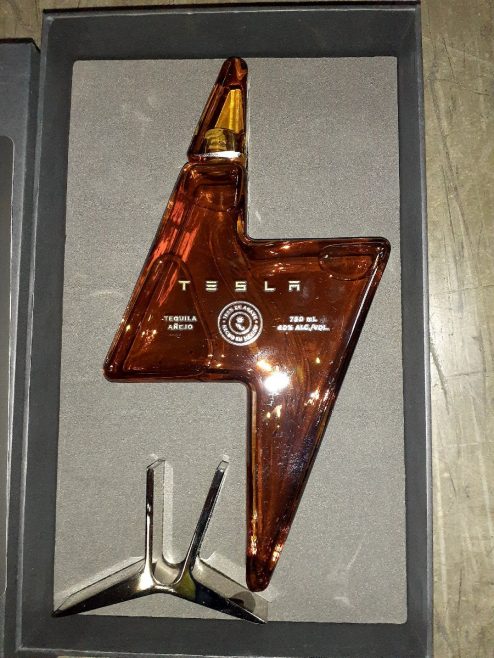 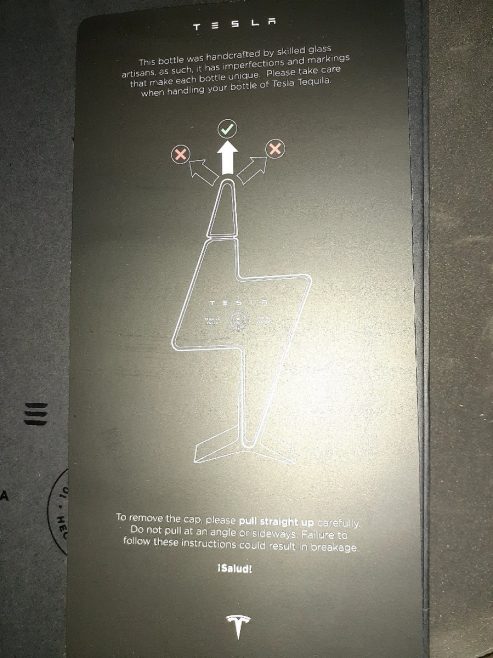 Tesla officially launched the premium tequila that will set buyers back $250 on November 5th. The limited number of bottles sold out in a matter of hours, with bootlegged editions arriving on eBay before Friday morning.

The idea of Tesla Tequila started on April Fools Day in 2018. CEO Elon Musk joked that Tesla had gone completely broke and had declared “Chapter 14 and a half” bankruptcy. After the trails of dried tears had run down his face, Musk was found passed out, leaning against one of his company’s electric vehicles, surrounded by “Teslaquila” bottles. While Tesla didn’t ever gain the right to use the name “Teslaquila,” the idea eventually came to fruition.

Elon was found passed out against a Tesla Model 3, surrounded by "Teslaquilla" bottles, the tracks of dried tears still visible on his cheeks.

This is not a forward-looking statement, because, obviously, what's the point?