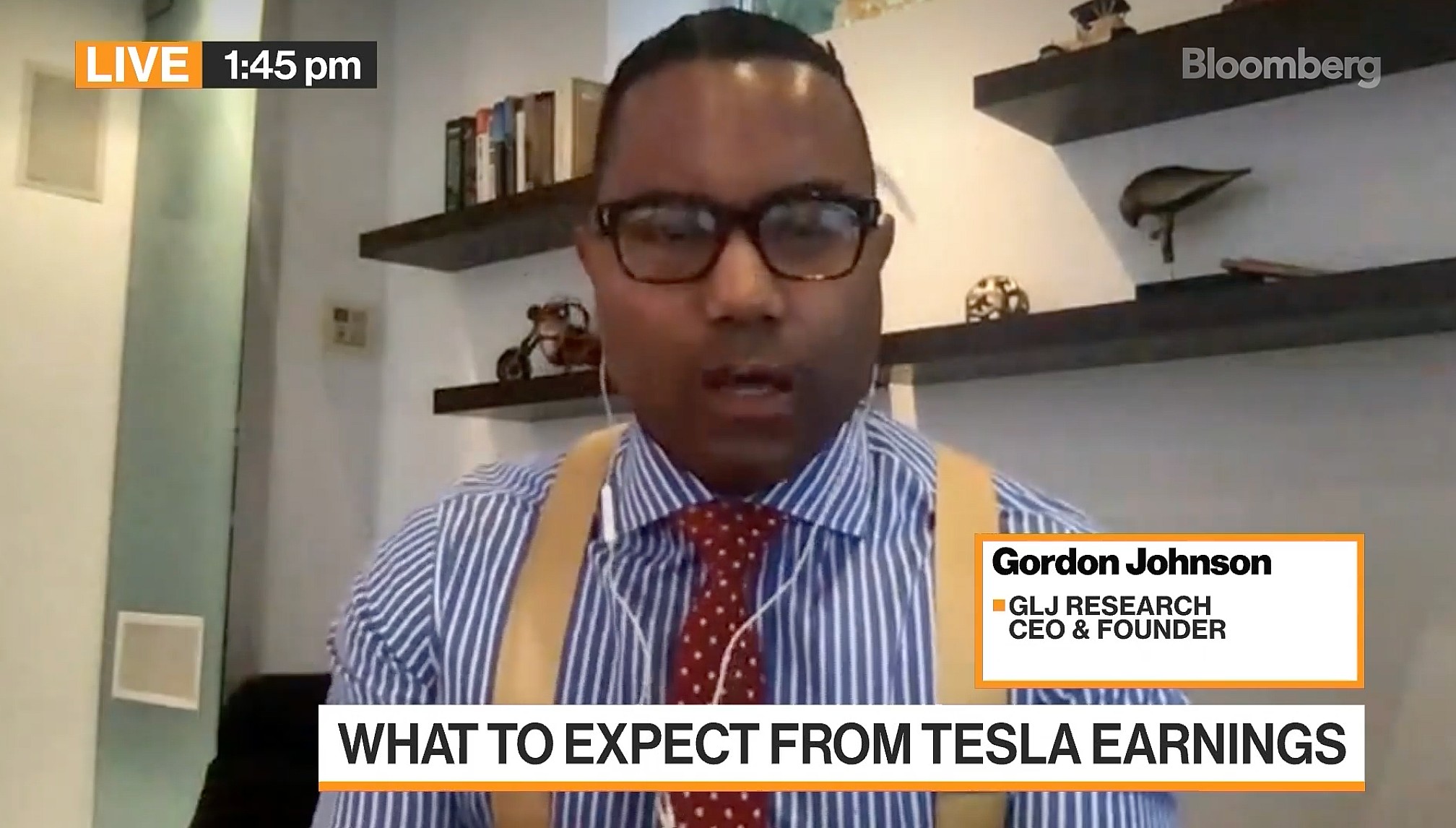 Tesla bear Gordon Johnson is widely renowned among investors as one of the most controversial analysts to cover the electric automaker. With a $40 price target on the stock as it trades at over $430 per share, it is no surprise that Johnson’s tidbits of information are looked at interestingly by many investors. During a recent interview with Bloomberg, Johnson reviewed Tesla’s Q3 Earnings Call, where he said several things that were not necessarily accurate.

“China sales have declined in each of the past three months”

Data from both InsideEVs and the EV Sales Blog suggests that the only decline came in September compared to August. Production was also down 3.9% in China in September. However, it is worth noting that Giga Shanghai was closed during the last week of September due to a holiday.

Tesla is “not growing. Their sales are actually declining”

Tesla is coming off of its most successful quarter in company history with the performance in Q3. In Q2, Tesla delivered 90,650 vehicles and produced 82,272 cars. Meanwhile, Tesla saw a record in both deliveries and production figures in Q3, with 139,593 cars delivered and 145,036 produced.

Interestingly, Johnson maintains that Tesla’s sales are declining, even though they delivered roughly 54,000 more cars in Q3 than in Q2. Additionally, Tesla also increased its production capacity at the Fremont plant from 400,000 to 500,000 annually in its Q3 Update Letter.

“Tesla did Battery Day, and there was no battery introduced”

Tesla unveiled the new 4680 cells during the Battery Day event, which gained notoriety as the automaker’s main hope in gaining price parity with gas-powered cars. Tesla estimates that the new battery cell could decrease the price per kWh cost by 56% and price per GWh Capex by 69%.

Tesla revised the cell design, the anode and cathode material, and the cell-vehicle integration to create a new, low-cost battery that it will produce in-house. CEO Elon Musk also indicated that the new 4680 cells have been functioning in deployed vehicles for months.

Unfortunately, not every analyst is going to be bullish on Tesla. Johnson is likely the most outspoken TSLA bear and his analysis of the company’s stock is not widely accepted by investors.

Johnson has a half-star rating, a 52% success rate, and an average return of -5.6%, according to TipRanks.

Bloomberg’s interview with Gordon Johnson is available below.