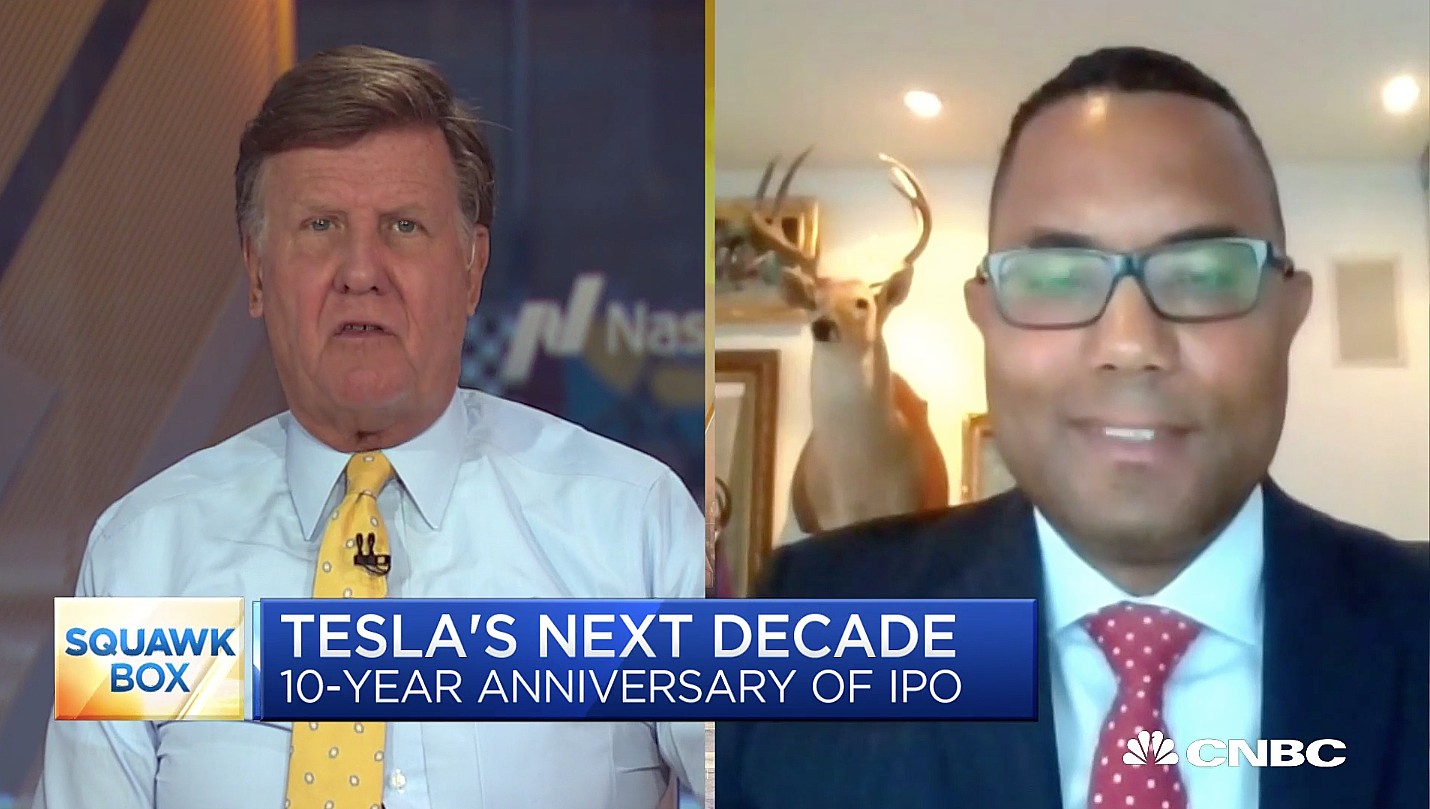 Tesla (TSLA) bear straight up lies about revenues in CNBC segment, still gets away with it

Tesla (NASDAQ:TSLA) is approaching the end of yet another quarter, and like clockwork, the company’s critics and short-sellers are out in full force. Also like clockwork, even those who have been consistently wrong about the electric car maker for years are once more given a platform to air their take on the company. Gordon Johnson of GLJ Research is one of these.

In a recent CNBC segment with finance veteran Joe Kernen, Johnson argued his bear case against Tesla once more. During his interview, Johnson noted that his firm, GLJ Research, has recommended a short against the electric car maker for some time now. Echoing his past talking points, Johnson insisted that Tesla’s hyper-growth narrative will fall apart in the second half of 2020, and that the company will lose access to capital markets next year.

While explaining his points, Johnson insisted that Tesla’s revenue had peaked in Q4 2018, and that things have been going downhill since then. This is a glaring error on the TSLA short’s part, since Q4 2018’s $7.226 billion revenue was lower than Q4 2019’s $7.384 billion. Interestingly enough, the CNBC host did not correct Johnson at all.

Today is the 10th anniversary of Tesla’s debut in the stock market, so it is quite interesting to see CNBC bringing over Gordon Johnson, who has long slammed the table with a $70 price target on TSLA stock before adjusting it to his current $87 per share price target, as a guest. Johnson is one of the more careless TSLA bears out there, after all, as highlighted perfectly by a gaffe he committed back in 2018 when he was still working as an analyst at Vertical Research Group.

During the time, Tesla was involved with a class action lawsuit filed by two investors, Kurt Friedman and Uppili Srinivasan, who alleged that the company and its executives misled shareholders about the progress of Model 3 production. In July 2018, the plaintiffs published a memo that included their arguments against the electric car maker. As sections of the memo spread online, Tesla bears such as Johnson misinterpreted its contents as the company admitting to misleading investors.

Johnson then wrote a note to Vertical’s clients headlined with “TSLA may have Admitted to Actionably False Statements,” citing the memo’s sections as a basis. But not long after its publication, and as it became evident that the note was inaccurate, Johnson had to revise his note with an “ERRATUM” on its headline. He also issued an apology to the firm’s clients. “We apologize for the inconvenience,” he wrote.

Tesla is not a perfect company, and there are aspects of its operations — such as its service — that need drastic improvements. The company also faces a lot of tough challenges ahead of it as it attempts to ramp its energy business and take on the trucking and pickup sector with the Semi and the Cybertruck. However, the gloom and doom scenarios peddled by bears like Johnson have been proven wrong time and time again, making his CNBC segment today quite surprising, if not a bit entertaining.

Tesla (TSLA) bear straight up lies about revenues in CNBC segment, still gets away with it