Tesla’s upcoming Version 8 software will be the company’s most significant Autopilot upgrade since its October 2014 initial release, but how will these updates compare to current Autopilot behavior in the real world?

This will be the first time the company will switch from using the vehicle’s front-facing camera as the core hardware responsible for visual image recognition, to radar technology which will now become the primary sensor used in creating a virtual picture of the vehicle’s surroundings.

With these improvements, to be rolled out via an over-the-air software update in the coming weeks, Model S equipped with the Autopilot hardware suite and Model X should theoretically be able to handle emergency braking situations with more precision, provide a smoother Traffic Aware Cruise Control (TACC) experience, take highway exits on its own, and provide drivers and passengers with an overall safer experience.

Let’s take a look at each of these features and see how Autopilot in Version 8 will differ from current Version 7 capabilities.

Following the much publicized death of Joshua Brown after his Model S crashed into the side of a tractor trailer while driving on Autopilot, reliability of Autopilot’s Automatic Emergency Braking (AEB) feature was immediately put to question. Tesla released a statement stating that the high, white side of the tractor trailer, combined with a radar signature that would have looked very similar to an overhead sign, caused automatic braking not to fire. “Since January 2016, Autopilot activates automatic emergency braking in response to any interruption of the ground plane in the path of the vehicle that cross-checks against a consistent radar signature,” said Tesla.

Spy shots taken from the Naval Air Station reveal Tesla was testing and calibrating its AEB system this past summer. But despite the tests which seemingly show a Model S automatically braking in a staged collision event, Tesla has been overly cautious when it comes to activation of its AEB feature. AEB is reliant on imagery received from its front-facing camera, and supplemented by radar input, to decide on the degree of confidence that would trigger a braking event.

Some Tesla owners have even taken it upon themselves to stage scenarios that would seemingly trigger the AEB response of the vehicle, but to no avail leaving further mystery as to how AEB works.

The current Autopilot system under Version 7 is limited in its ability to reliably detect people or pinpoint false positives such as reflective objects that may appear larger than they are. Tesla uses the concave bottom of a soda can as an example. When the radar signal is reflected back from the can’s bottom dish-shaped surface, the reflected signal is amplified to many times its actual size leading the radar to believe there’s a large object before it. Because of that, programming the AEB system to suddenly engage could lead to a dangerous situation so Tesla decided to limit the scenarios that could actually trigger an automatic emergency braking response.

However, Version 8 will combine the power of fleet learning with “radar snapshots” to improve the vehicle’s ability to more accurately depict the circumstances of an event. In other words, we can expect Autopilot under Version 8 to have a much higher degree of confidence when it comes to engaging automatic emergency braking. Tesla CEO Elon Musk believes this set up will provide safety improvements by a factor of three over existing Autopilot.

Beyond being able to track a vehicle that’s directly in front of the car, Version 8 of Autopilot will also be able to see the vehicle ahead of that. Tesla describes this update as follows: Tesla will also be able to bounce the radar signal under a vehicle in front – using the radar pulse signature and photon time of flight to distinguish the signal – and still brake even when trailing a car that is opaque to both vision and radar. The car in front might hit the UFO in dense fog, but the Tesla will not.

The improvement will lead to smoother braking events when TACC is engaged since Autopilot will no longer solely rely on the actions from the vehicle before it. If a hard braking event happened in front of the vehicle that Autopilot is immediately tracking, Version 8 will be able to identify it and slow the Model S (or Model X) even before the vehicle directly ahead may have applied the brakes.

The following video captures an incident whereby the vehicle being tracked by Version 7 of Autopilot could not see the hard braking event that took place two cars ahead. TACC seemingly did not have enough time to stop the Model S.

Being able to see two cars ahead in Version 8 will provide a smoother TACC experience and increased safety.

What we’re particularly excited about is the new feature in Version 8.1 that will allow an Autopilot-equipped Model S and Model X to take highway exits using the onboard navigation system.

Currently, Version 7 of Autopilot is capable of handling lane changes when the driver explicitly uses the turn signal stalk. Signaling left and the vehicle will make a left lane change, and vice versa. However with the ability to punch in a destination through Tesla Nav and have the vehicle assist with freeway exiting, assuming that’s part of the route, in our minds, Tesla is taking a critical step towards the ultimate goal of building fully autonomous self-driving vehicles. It’s a small step, but nonetheless it’s a notable step. 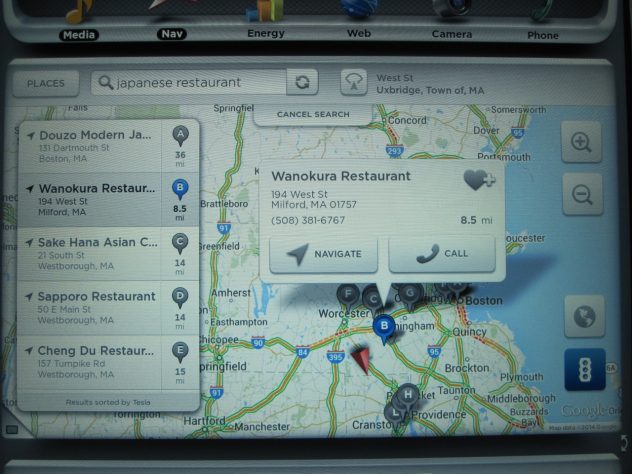 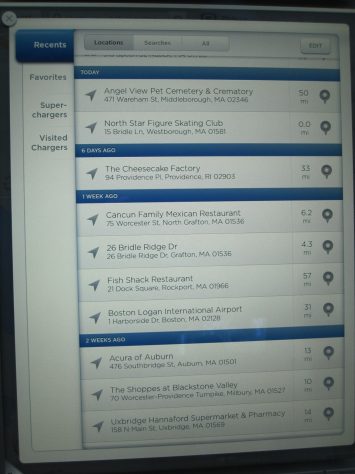 Full details of Tesla Version 8 can be found here.