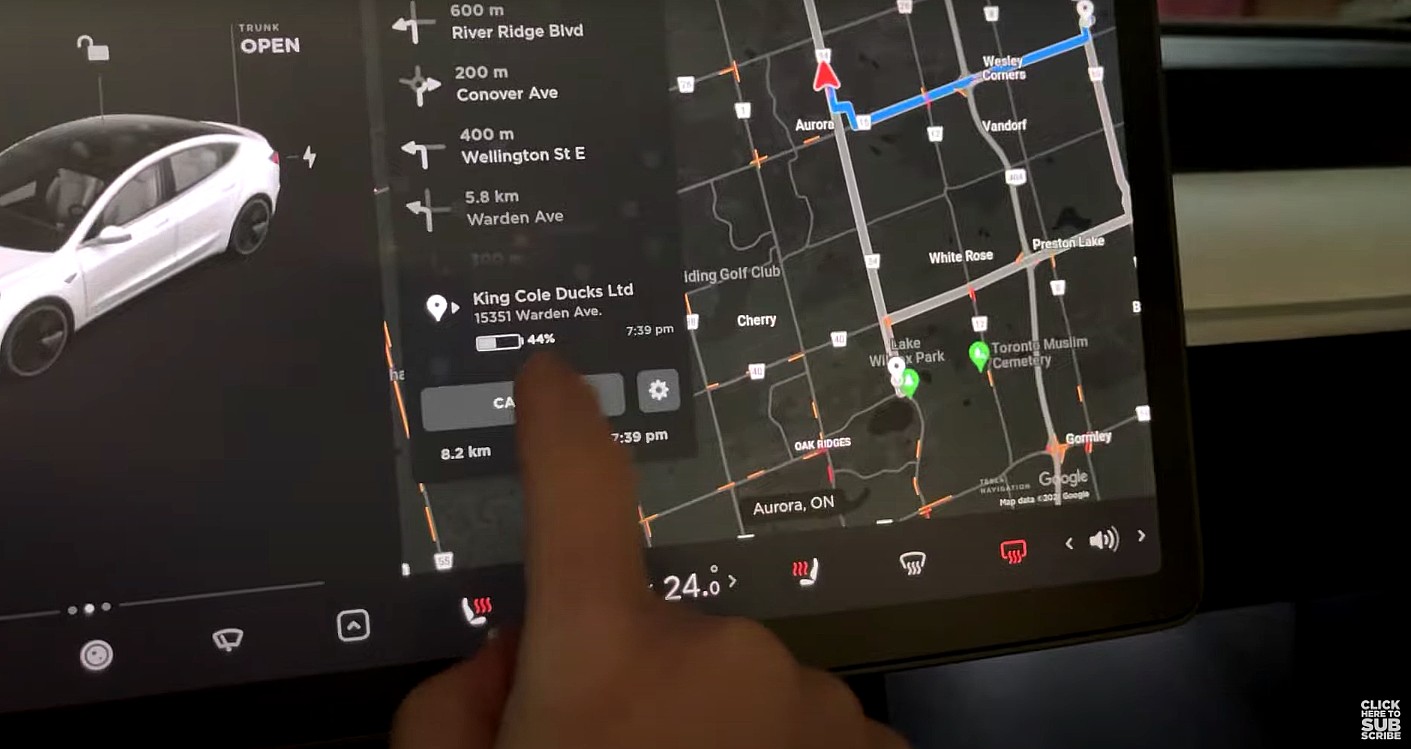 After an initial rollout in update 2021.40.5 earlier this month, Tesla has now expanded its Waypoints release to a broader group of customers worldwide. While Waypoints could be considered a minor update, it does show that Tesla as a company listens to the requests of its customers.

The addition of Waypoints, which allows Tesla’s Navigation to add stops during a trip, has been a long time coming. Requests for the feature were abounding for a long time, so much so that it nearly became an inside joke among Tesla owners. The feature was even vocally requested during the Model S Plaid delivery event, which caused Elon Musk to sheepishly give in.

By September, Musk was still getting requests for the feature, and he noted “Fine, we’ll do it already” on Twitter. Sure enough, the feature did arrive, though reports of Waypoints being added as a new feature only started earlier this month with software update 2021.40.5, and only on very few vehicles. This has now changed with update 2021.40.6, as Tesla owners from Canada, Australia, and other areas across the globe have reported that they now have access to the highly requested feature.

A first look at Tesla’s Waypoints in action has been shared by Canada-based and Model 3 owner Trevor Page from the Tesla Owners Online group. As could be seen in the EV advocate’s short demonstration, Waypoints works very simply in Tesla’s Navigation system. Drivers could add new stops by pressing the “Add Stop” button, or by selecting a location and having it designated as a stop.

While very useful, Tesla’s Waypoints still has some areas for improvement. As noted by the Model 3 owner in his first look at the system in action, there is currently no way for drivers to edit or rearrange the stops selected for a trip. Since new stops are placed between a trip’s start and end point, drivers would then have to plan ahead and work backwards from their last destination to get their stops in the correct order.

Hopefully, Tesla could implement further improvements to its Waypoints feature. Editing the order of a trip’s stops would be a good first step. That being said, Tesla is known for constantly improving its vehicles, so it is quite expected that Waypoints will be improved in the near future. For now, however, the feature is already a welcome addition to Tesla’s ever-growing functions for its vehicles.

Watch a first look at Tesla’s Waypoints feature in the video below.