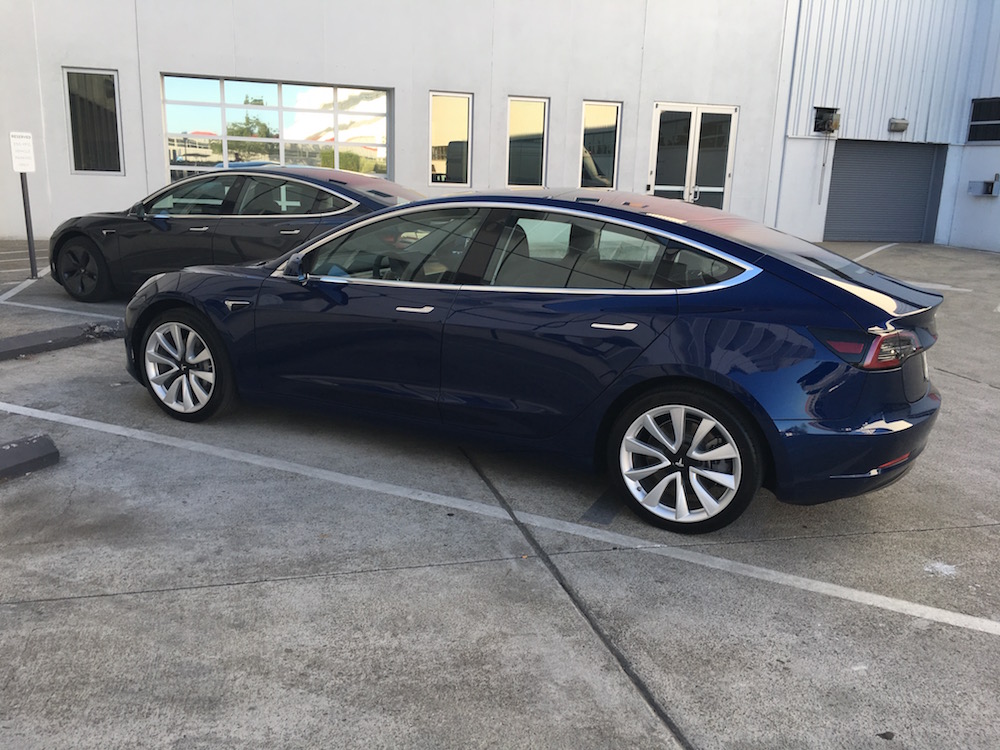 With the much-ballyhooed Tesla Model 3 delivery event happening in less than 36 hours (but who’s counting), TSLA stocks have had a quite a ride.

July hasn’t been the kindest month to the company, with the stock plummeting nearly 20% after the EV giant missed the mark on its Q2 delivery target, leading analysts to question the affordable Model 3 was knocking down sales of the higher-priced Model X and S.

Taking a look at this week, things started low at $330.23, but had a steady increase, peaking at Tuesday’s opening bell at $345.13. It declined after that high, and for Wednesday the stock ebbed and flowed as per usual with no noticeable changes to speak of. The stock came in to Thursday’s opening bell at $346.10, and has stayed around that mark as of the time of this reporting.

The steady increase can be chalked up to rising anticipation of the Model 3 delivery event.

Those invited to the highly exclusive event will witness the first thirty deliveries of Tesla’s Model 3 to their owners. This will be similar in nature to the Model X delivery event that was also held at its Fremont facility, where six early Tesla backers were given the keys to their new Falcon Winged electric SUVs.

The Model 3 event will be a major milestone for the company as it fully enters the mass vehicle market with its first affordable model. Tomorrow will also be a huge indicator of how the company will fare from this point on. Many see the Model 3 as Tesla’s make or break moment for entering the mainstream, and that will have a definitive impact on where the company stands on Wall Street.

Stay tuned to Teslarati tomorrow as we give you full reporting on the big event. And be sure to follow us on Twitter @Teslarati for real-time action ahead of the live Model 3 webcast.