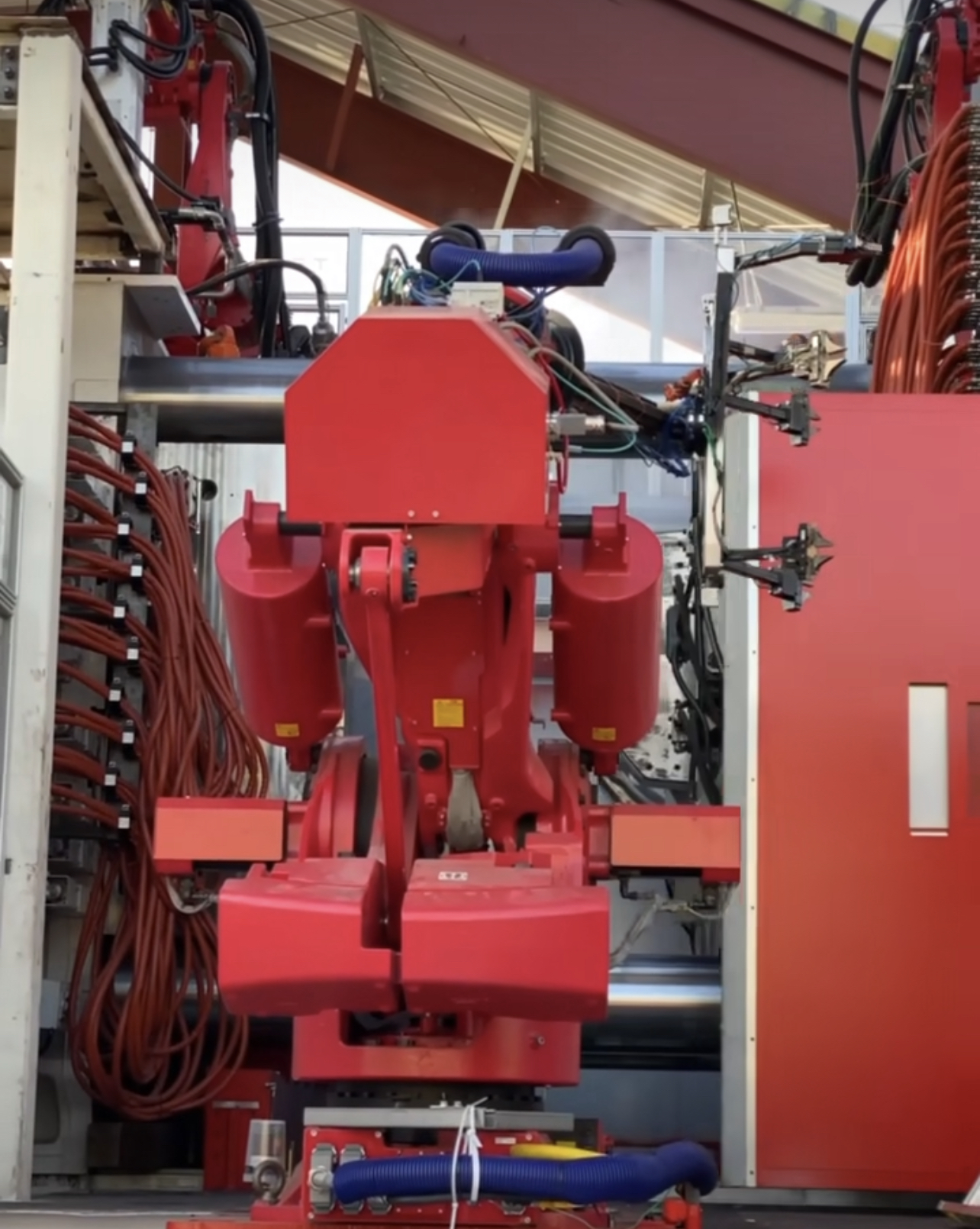 Tesla shared a video of its Giga Press in action on Instagram with the caption, “We like big castings and we cannot lie.”

In the video below, you can see the Giga Press creating a giant single-piece rear body casting for the Model Y.

NEWS: @Tesla has posted a new video to their Instagram: Giga Press in action! pic.twitter.com/0wOQKVYlTo

In 2021, it was widely reported that Tesla has begun producing the Model Y with the single-piece rear casting and had eliminated the need for so many vehicle parts.

During a 2021 interview with Elon Musk, Sandy Munro shared his philosophy about getting rid of extra vehicle parts.

Elon Musk said he agreed and shared how the problem revealed itself.

“You can generally see the organizational structure errors. They manifest themselves in the product. For the wheelhouse areas in the body, there’s a lot of engineering done and there were a lot of right answers to the wrong questions.”

Elon further explained that when you try to join all of the dissimilar metals galvanic corrosion could happen. So other parts would be added to prevent that leading to what Elon said was a bit of a Frankenstein situation.

Tesla’s advancements in the manufacturing processes

During Tesla’s Q2 2022 earnings call last week, Elon Musk spoke of the advancements Tesla has made in the manufacturing processes.

“So we’ve made a lot of advancements in manufacturing processes. As we now show in the shareholder deck, thanks to the large castings, we make the world’s largest castings. We reduced body welding robot count by 70% per unit of capacity in Austin and Berlin. So that’s, call it, roughly a body shop that is roughly three times smaller than would normally be the case.”

“And I should say it’s also lighter, cheaper, and has superior noise vibration harshness. So it’s good on every level. But this journey is not over. We’ll bring another level of simplicity and manufacturing improvements with Cybertruck and future products that we’re not quite ready to talk about now but I think will be very exciting to unveil in the future.”