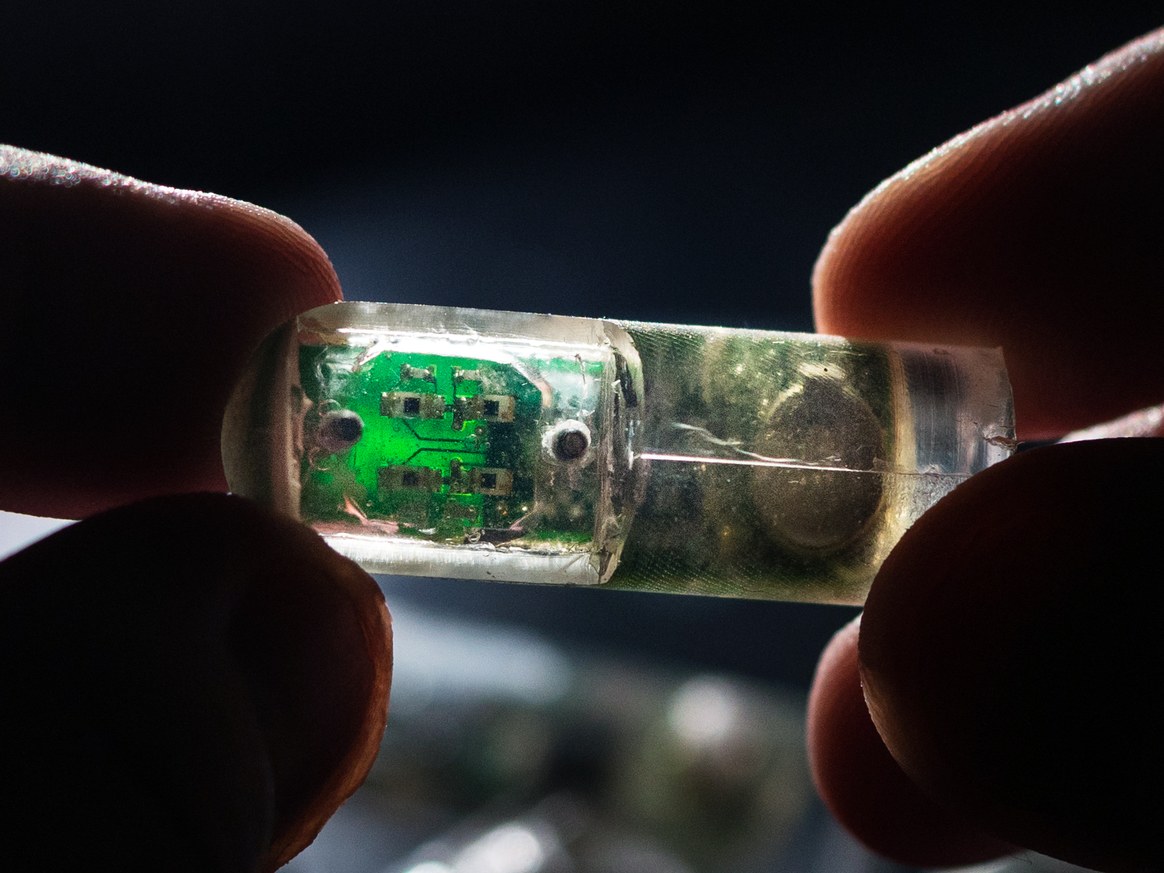 3D-printed electronic pill can wirelessly dispense medicine from inside stomach

A customizable electronic pill capable of delivering medication via wireless commands from inside the body has been developed by researchers at MIT, Draper, and Brigham and Women’s Hospital, all in Massachusetts. As described in a paper published in the December 13, 2018 issue of Advanced Materials Technologies, this ingestible device could provide a system of monitoring and treating medical conditions typically requiring injections or strict dosing regiments such as HIV and malaria. Early signs of disease or adverse reaction could be also detected with onboard sensors in at-risk patients, such as those receiving chemotherapy or immunosuppressants, and medicine dispensed accordingly. Tests of similar devices have begun using pigs, and the researchers estimate human trials to start in about two years.

The electronic pill is a Y-shaped compartmented device whose legs have been folded into a smooth capsule that dissolves once swallowed. After the legs unfold again, it lodges into the stomach where it remains for approximately one month before being broken down and fully digested. The scientists in the study anticipate that the pill’s compartments could be designed to be opened using low-energy wireless communication technology such as Bluetooth to release specified amounts of medication. Further, sensors in the pill could connect to other wearable devices, creating an all-in-one communication tool and treatment system connecting the patient’s health data to theirs or their doctor’s smartphone.

The scientific team used 3D printing to manufacture the pill due to the versatility offered. The layer-by-layer process of the printing technology is complementary to the internal architecture needed for the device to function as intended. It also enables fully customized material to be designed and used for the device’s construction to withstand the environments it would be exposed to inside the human body. 3D printing additionally makes further customization easily accessible as its capabilities expand.

There are several reasons why an ingestible pill would be a desirable option in medical practice despite numerous technologies and treatment methods available for similar purposes. In the case of burn or trauma patients, limiting skin contact in vital sign monitoring would be an important improvement, especially in cases where no contact at all is possible. The challenges of collecting accurate data from external sensors to diagnose problems like abnormal heart rhythms or breathing problems could be also overcome by an ingestible device, especially those where patients must monitor themselves without direct medical assistance.

The researchers in this study were previously involved with other ingestible technologies, one having been a capsule specifically designed to detect heart and breathing rates in a digestive system environment. A tiny microphone component packed inside a silicone capsule with electronics for processing utilized the sound waves produced by heartbeats and movement of air through the lungs to gather heart rate and respiratory rate data. The successful experiment provided a foundation for the medication delivery version to build on.

Watch the below video to learn more about ingestible sensor technology:

3D-printed electronic pill can wirelessly dispense medicine from inside stomach