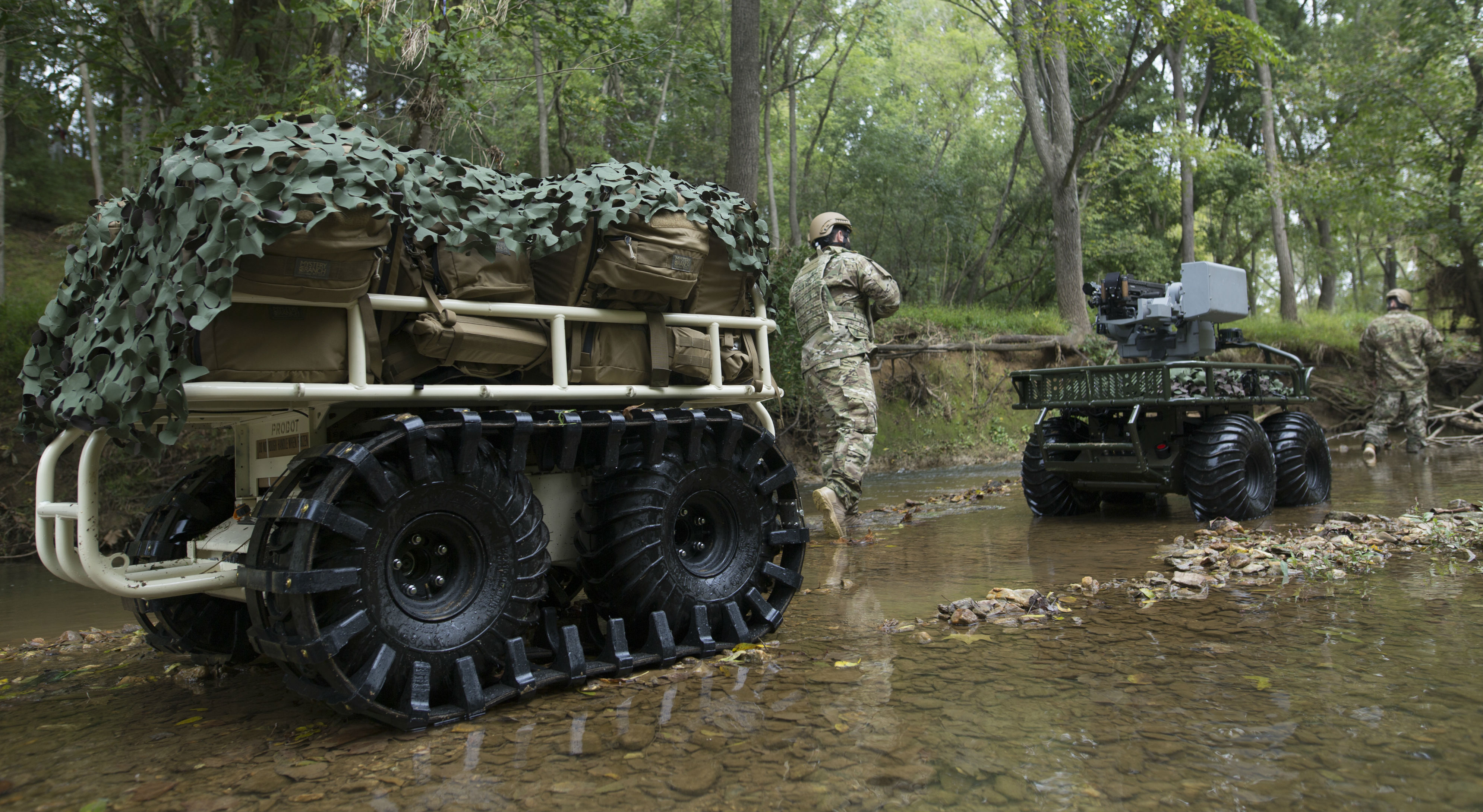 AI is accelerating the improvement of US military’s battlefield robots

Last month, the US and UK military utilized battlefield robots in a breach operation at Grafenwoehr Training Area in Germany. During the combat exercise, the robots worked with US Army soldiers, Marines, Defense Department civilians, and UK troops, performing dangerous tasks such as clearing a minefield and bridging a tank trench.

During the exercise, the military used a vehicle-mounted Automated Direct and Indirect Mortar, the M58 Wolf Smoke Generator, and the ‘Terrier’ armored digger — unmanned war machines that are controlled remotely. In a report, Army Lt. Col. Jesse Curry stated that the tests provided some insights on the advantages and disadvantages of using robots in the battlefield.

“This was testing of genuine and unique technology, partnered with cutting-edge development to address a complicated problem. Being able to take soldiers out of harm’s way and accomplish the mission is a very attractive option to any commander,” Curry said.

Curry further stated that battlefield robotics is something that could be an edge for America and Britain’s armies, considering that rival nations would likely not have effective contingencies against the use of military robots.

“It’s a capability that the enemy will not know how to counteract when we implement it. This type of technology enables us to stretch further while conserving resources,”Curry added.

While the robots that were used in the US-UK exercise were noteworthy in their own right, unmanned war machines still have a long way to go. According to a report from Government CIO Media, the robots being employed by the military today, despite their steady improvement, are still more similar to Roombas than actual real-life Transformers.

In order to accelerate the evolution of battlefield robots, the US military is looking to artificial intelligence to augment the capabilities and features of its war machines. Just last January, the Army Training and Doctrine Command’s Maneuver Center of Excellence headed the launch of the Army Robotic and Autonomous System Strategy Execution Plan. In Fort Benning, GA, the Robotic Center of Innovation is utilizing robotic systems with AI and machine learning to develop systems that can aid injured human soldiers in combat zones.

Later this year, the 101st Airborne and the 10th Mountain Army divisions will incorporate smart battlefield robots into their formations as well. These robots, called the Squad Multipurpose Equipment Transport vehicles, are capable of hauling 1,000 pounds of gear across 60 miles of terrain in 72 hours.

As we noted in a previous report, US secretary of defense Michael Griffin recently stated that the Pentagon is looking to develop self-driving technology for its military vehicles. According to Griffin, AI-powered autonomous vehicles could play a valuable role in reducing casualties and injuries in combat zones, making the battlefield less risky for human soldiers. Griffin further noted that the Pentagon’s self-driving cars might be rolled out before autonomous cars can be approved to operate on public roads, considering that military-grade self-driving vehicles are not restricted by regulations that bound civilian companies such as Waymo.

AI is accelerating the improvement of US military’s battlefield robots