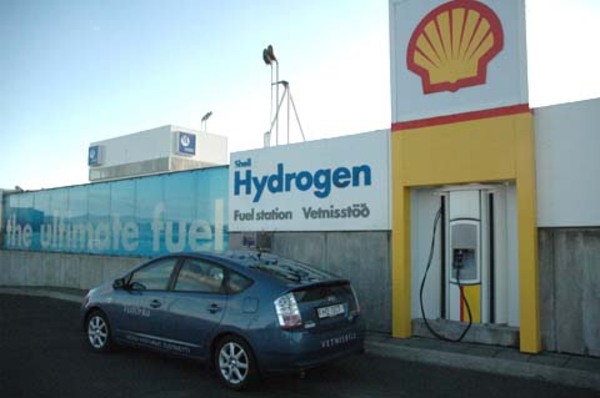 Reading the news and making sense of PR pitches is an art and a science. The art is reading through the pitches, determining where the motivation is and what lies behind. The science is re-articulating the message behind pitches. The latest news campaign is that hydrogen fuel cells cars are competition to Tesla and electric vehicles (EV).

Sifting through the news

Are hydrogen fuel cell cars competition to EVs? And if so, how are they competing? Those are basic, relevant questions we need to keep in mind when reading the news. Matthew Levy on Seeking Alpha believes Toyota and Hyundai’s hydrogen fuel cell vehicles compete with the Model S. The truth is, Toyota and Hyundai are not in the same league as Tesla Motors in terms of their respective segments and innovations. The article tries to make a point that by opening the doors to its charging protocols, Tesla won’t sue those who use these protocols in good faith. The article argues that Tesla’s new competitors are growing, but include the Detroit VIA Motors that converts pickup trucks to plug-in hybrids (PHEV) and Harley-Davidson’s new and loud Project LiveWire, a noisy electric motorcycle I covered on CarNewsCafe. According to Matthew Levy: “While these are not direct competitors to Tesla’s sedans, they do show the shift in attention to electric vehicles. Combined with Chevrolet’s Volt (GM) and the Nissan Leaf, the electric vehicle market is becoming crowded behind Tesla. With the availability of Tesla’s patents to other electric vehicle manufacturers (who have more resources than Tesla), the gap should continue to shrink.”, indeed, it will and it should. No one would argue that, least of all Elon Musk. The article points to a theoretical advantage Tesla has over the competitors. “With the same driving range on the upgraded models,” we suppose the article refers to the P85, “as well as much longer charging times,” larger tanks take longer to fill as well, “the Model S only holds a slight advantage over its hydrogen competitors, if any.” Really? How so? Try an encyclopedia of advantages. It is a full electric vehicle that comes with the freedom of choice of accepting your very own home 110V outlets, your dedicated 240V plug, your home high-powered Tesla charger, the option for the free Supercharger, depending on your time to recharge and where you are. Now, add to this the fact that you and I can make electricity from solar energy, wind, hydro, and any other alternative and renewable energy, or simply just plug it in anywhere.

These are huge advantages hydrogen does not offer yet. Using hydrogen, we go back to the pump and are not in control of the energy price. To be fair, utilities are slowing down personal alternative energy systems and are trying to inflate energy prices, but almost anyone can choose which energy origin to use for their EVs. If you don’t like the grid, install an alternative energy system at home. The same can’t be said about hydrogen fuel cell. I can build an electric motor or buy one on the cheap, I can’t do the same with a fuel cell. EVs offer energy choice, hydrogen does not yet.

The hidden message and the driving motivation

It is obvious by now that the hydrogen phenomenon hasn’t taken the world by storm. Contrary to the article, Hyundai already has a hydrogen fuel cell vehicle offered to the public and Honda has had its Clarity for lease since 2008. Hydrogen fuel cell has its place in the world of energy, but so far it’s been limited to places where solar panels have limited application without better energy storage. Who is driving the push for hydrogen fuel cells when we already have proven EVs, such as the Model S that uses commodity batteries and achieves close to 300 miles? The question to ask is who has benefited the most from the automobile this past century.