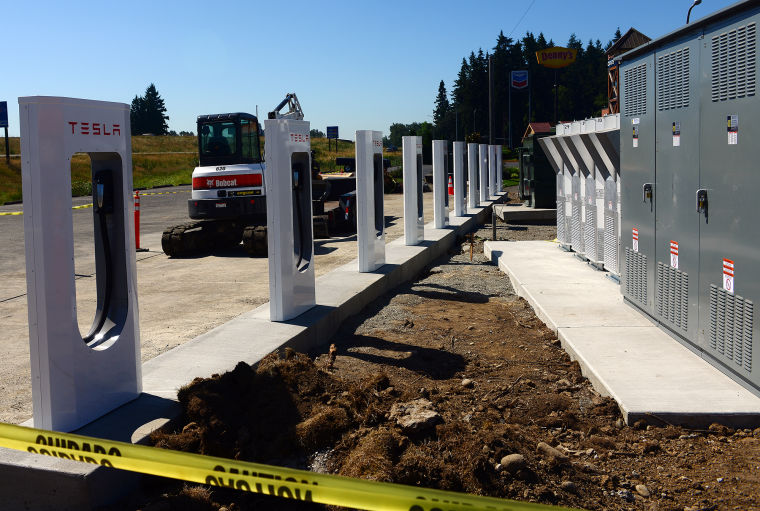 Ever since Tesla Motors announced last week it was opening some of its charging patents to the competition, a few carmakers have indicated interest. Although we could argue who stands to gain the most, the winners are electric vehicle (EV) owners.

BMW and Nissan; CHAdeMO, CSS and the SuperCharger

The EV charging protocol landscape is getting crowded and Tesla knows it needs to be rationalized. Eager not to repeat the Betamax/VHS debacle, Tesla tried to nip in the bud the futile war fought between the different protocols. Officially, Tesla and BMW want to promote electric vehicles, which means finding a way to work on a communal EV charging technology. By coming into the game after many carmakers are establishing their EV presence, BMW hopes to bypass the process. This would give the German company access to a technology it won’t have to design and spend resources on. For Tesla, BMW is a partner that lends it even more credibility in the world of EVs. It’s a win-win situation.

But if BMW could be the first automaker to access Tesla’s supercharging technology, that would put others at a disadvantage. Enter stage left, the world’s largest EV maker, Nissan. The Japanese EV maker is backing CHAdeMO that hopes to become a de facto protocol. Although the company has a working relationship with others supporting the same charging protocol, Nissan using Tesla’s charging system would tip the balance of power towards Tesla.

Those who stand to gain the most from an alliance with Tesla might not always be the biggest companies. They might the sleeping giants. That description fits the Tata Group perfectly. The company now owns Jaguar, Land Rover and has been working with MDI, a small French compressed air car company I was fortunate to test drive back in 2009. The Nano is making waves with its affordable price, but one thing is missing. Where are the EVs? Tata’s intention to use Tesla’s charging system means the company is seriously looking at EVs.

As far as CarCharging, it is a well established company in the charging world, which stands to win big from a Tesla alliance. With its wide Blink network, its reach could mean serious coverage for Tesla. While it only plans to add Tesla-capable adapters to its charging stations, we hope this will lead to a more fruitful collaboration in the future. The bigger picture with a Tesla-BMW-Nissan and now Tata, CarCharging alliance would mean the carmakers would have a wide coverage of the most important car markets, notably Asia, Europe and the U.S., as Gas2.org mentions. This also leaves other makers in the undesirable position to acknowledge once more Tesla as a serious disruptor. With CarCharging needing to revamp its Blink network, these highly visible EV players joining forces could force an entire industry to adopt Tesla’s charging system. This would set in motion Tesla Motors’ not-so hidden strategy to become the center of the EV. After all, no one is claiming this position, at least not in any intelligent ways.

All of these companies have expressed interest in working with Tesla. These are bold moves from carmakers who have been around for seven decades, and a startup, itself a fixture of the EV landscape. Anyone care to see where Tesla is going with this move?