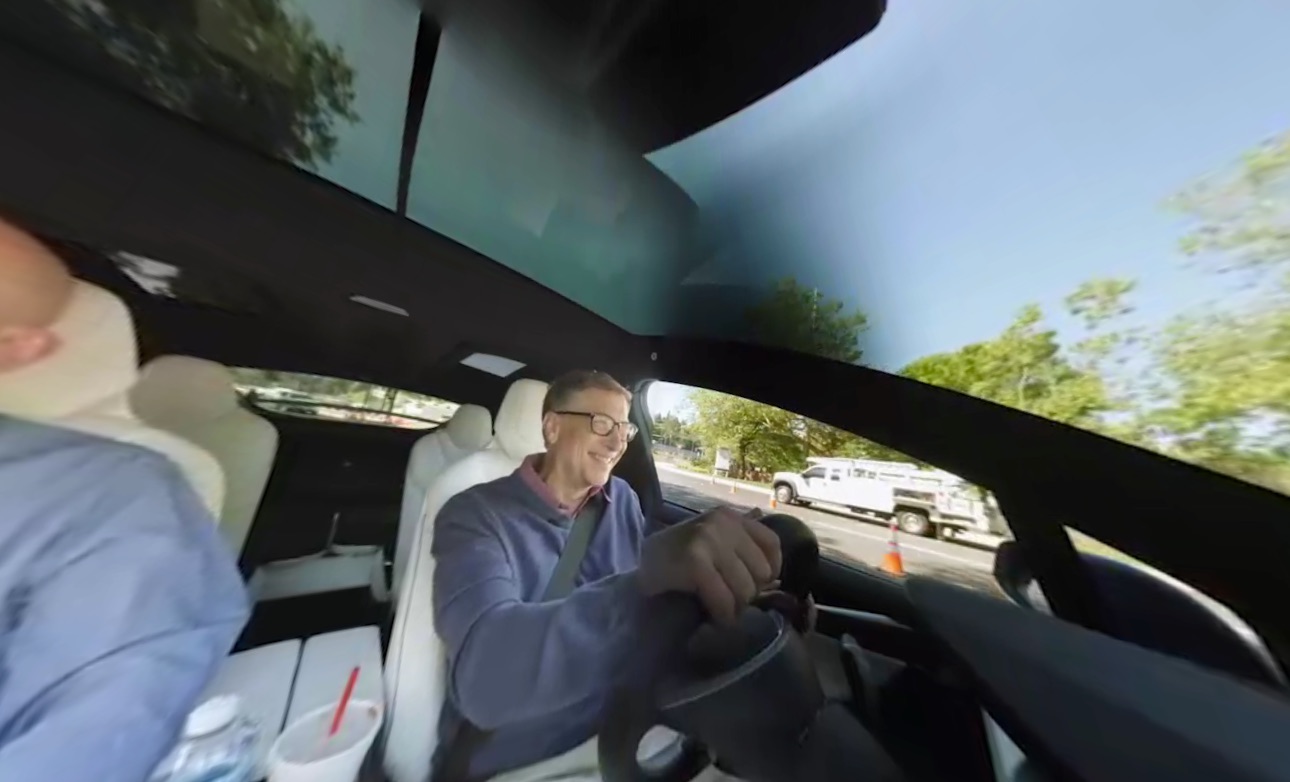 The interview was recorded in virtual-reality for his GatesNotes blog, and sees Gates having a casual conversation with the book’s author about destruction on Earth and human survival in space. At one point in the video we see Gates pulling into a local burger joint, while a white Model S passes by, and ordering a “combo 2 with medium diet Coke”.

Here you have one of the world’s most renown entrepreneur/philanthropist with a net worth of near 80 billion dollars, three times the market cap of Tesla (TSLA), ordering fast food while talking science fiction with a buddy. There’s something really refreshing about that. Stephenson’s sci-fi blockbuster Seveneves is a book about destruction to Earth and humanity following the explosion of the moon.

The topic of protecting the human race from an extinction event is something that Bill Gates along with Tesla and SpaceX CEO Elon Musk have had a strong position on. Both have expressed concerns over the detriment of Artificial of Intelligence to humanity if it goes un-policed. Gates once said via an AMA session on Reddit, “I am in the camp that is concerned about super intelligence. First the machines will do a lot of jobs for us and not be super intelligent. That should be positive if we manage it well. A few decades after that though the intelligence is strong enough to be a concern. I agree with Elon Musk and some others on this and don’t understand why some people are not concerned.”

Let’s hope that Musk will have his much talked about ‘back up plan’ to colonize Mars in place by then.

But for now, enjoy the great VR video of Mr. Bill Gates cruising in a Tesla Model X.