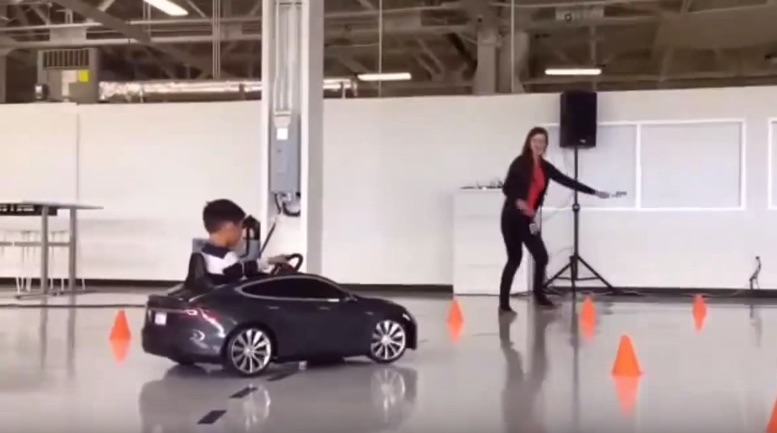 What I wouldn’t give to be a kid again these days especially if it gives me the opportunity to race around in my own miniature Model S in the heart of where it all began, the Tesla factory in Fremont, CA.

We recently reported that Radio Flyer maker of Model S for Kids in partnership with Tesla hosted its first exclusive test drive event geared towards children.

Now comes a video submitted to us by YouTuber Tesla Motors Fans giving us a first glimpse on what it might be like to be a kid checking-in to the Tesla factory floor, and seeing a shiny battery-electric Tesla ready to be driven. Staff at the Model S for Kids test drive event set up a makeshift race course directly on the showroom floor at the factory where children were allowed to put their 190 Wh Model S capable of traveling up to 6 mph to the test.

The kid in the video is seen experiencing the neck-jolting acceleration commonly found on a Tesla which Radio Flyer describes more elegantly as, “boast[ing] the [same] exhilarating performance of a Tesla.”