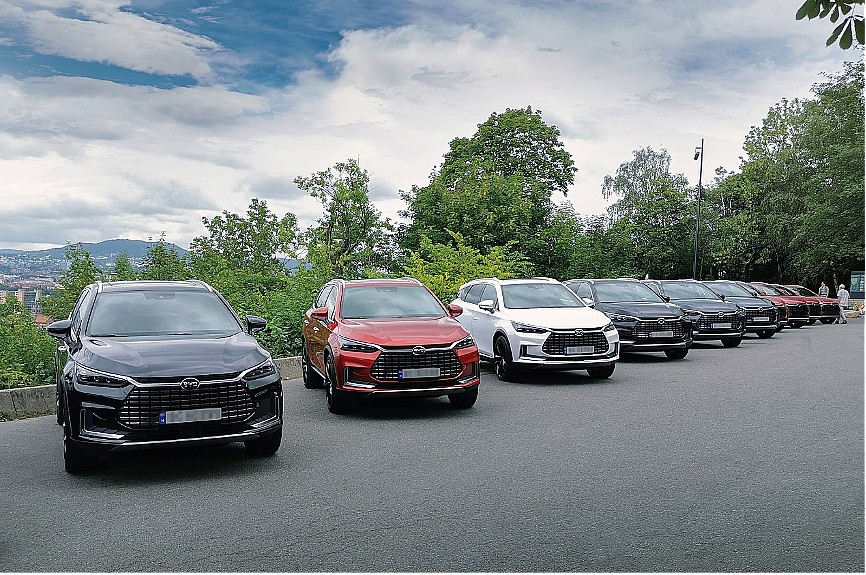 Chinese electric vehicle company BYD will expand to Mexico next year, aiming to sell its Tang SUV and Han sedan in the market in 2023.

BYD’s Zhou Zou said the company plans to sell the two vehicles in Mexico next year as a part of an expansion in portions of the Western Hemisphere. BYD recently launched two brand-new EVs in Brazil and plans to launch 17 new electric models in the country as well as in Mexico and Columbia.

BYD will launch sales in Mexico next year at eight dealerships across the country, Zou added in an interview with Reuters.

Expectations will be low for 2023, but sales goals will triple in 2024. BYD only expects to sell around 10,000 units in Mexico this year, but as production and demand are tested in the market, the company will as much as triple its sales outlook for the following year. That year, BYD expects to sell between 20,000 and 30,000 units.

It may be a tough task as sustainable and semi-sustainable powertrains, like hybrids, only make up a small portion of Mexico’s automotive market. According to Mexico Business, 47,079 EV units were sold in 2021.

The International Council on Clean Transportation notes that Mexico’s strategy for enforcing or even encouraging consumers to buy EVs must change if the country wants to catalyze sustainable powertrain sales. The country’s relatively lackadaisical plan for EV growth is void of ICE phase-out targets, regulations, fiscal incentives, and infrastructure. “Without EV-forcing standards, it’d be difficult to increase the national ZEV LDV sales share from the current 0.33%,” Leticia Pineda of the ICCT said.

BYD seems unphased by the potential challenge in Mexico. While the company failed to announce potential vehicle pricing points, Zou said, “We are the brand for everybody.”

BYD’s market entrance may have been made possible by Mexico’s recent decision to scale back import tariffs and sales tax in an attempt to make EVs more affordable.

In August, Mexico’s Ministry of Economy authorized the exemption of import tariffs on EVs, with both LDVs and pickup trucks qualifying for the decision. The Ministry of Economy said the pullback would hopefully incentivize customers to purchase EVs, which would then lead to the acquisition of data that could be used to influence NEV purchases.