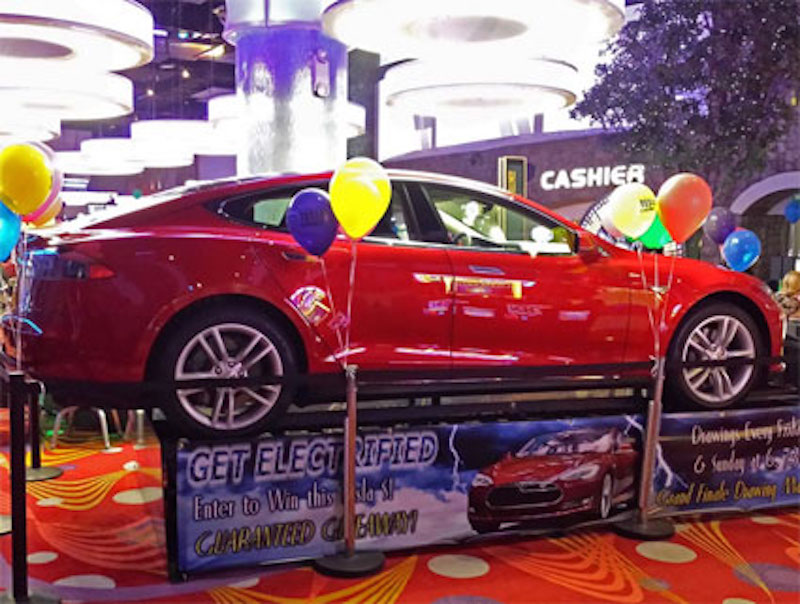 This past Sunday on March 29th, one lucky player at Reno’s Siena Hotel and Casino walked away with a brand new Tesla Model S 60kWh through a promotional giveaway contest. The contest which started on December 1st of last year represented the first of its kind in Nevada and was a surefire way for the casino, situated 23 miles west of the Tesla Gigafactory, to spur excitement among local residents and to show support for the premium electric vehicle automaker. All that was required to participate in the Tesla Guaranteed Giveaway contest was registration into the free Siena Rewards Membership and gameplay at the local casino. And that’s exactly what one California man of Orangevale did. At 10pm among a packed crowd of hundreds, one name was drawn from a barrel – “Ken S”.

According to Nevada’s local news station KTVN, Ken made several phone calls to family and friends repeating, “I can’t believe I won the Tesla!” The Tesla giveaway contest is complete but the casino will continue to run promotional contests through June of this year. One of which is the “Tesla Triple Spin”. We’re not sure what the contest entails but if it has anything to do with winning another Tesla Model S, consider us all-in.