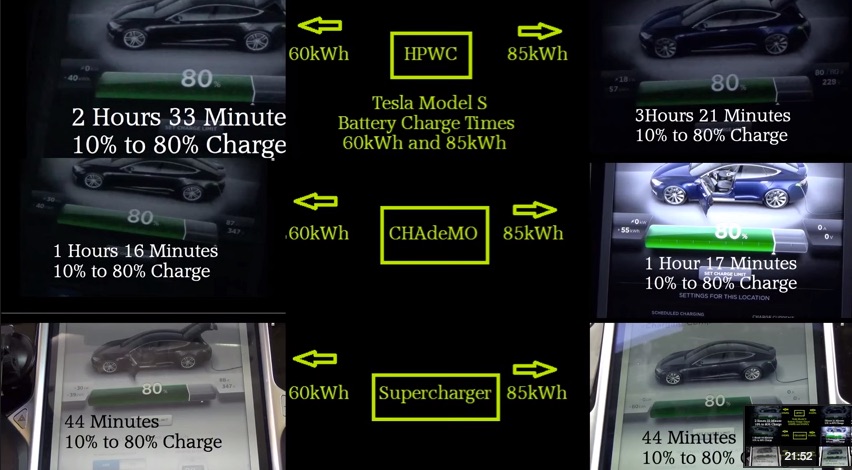 Here’s an interesting video showing the differences in charging speeds between the 85kWh and 60kWh Model S when paired with Tesla’s High Power Wall Connector (HPWC) capable of charging at 80A or 56 miles of range per hour;  a high voltage DC CHAdeMo “fast charger” and the Tesla Supercharger.

As you’ll see from the video the 60kWh battery packs charge at a rate up to 105kW and completes it charge within minutes of the larger 85kWh variant.

Using the CHAdeMO station (amperage limited) the lower voltage 60kWh pack Model S will charge 1-8 kW slower then the 85 pack resulting in the 85kWh pack charging from 10-80% quicker. On the HPWC’s, both cars charge at the same pace resulting in a fully charged 60 pack faster than the 85 . Obviously, though, the 85 pack is requiring more power to get to 80%.

See the video for yourself.