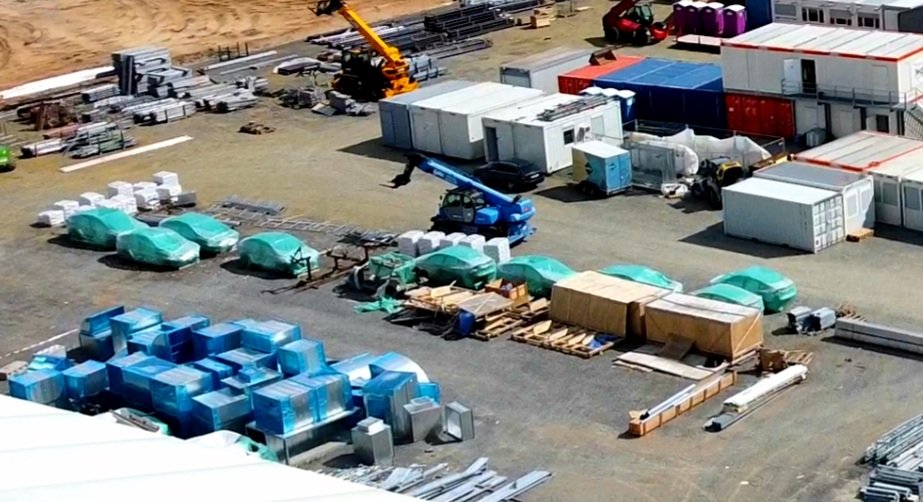 Tesla Model Y bodies were spotted at Giga Berlin over the weekend, hinting at the beginning of pre-production operations at the plant.

Tesla Giga Berlin drone operator @Gf4Tesla spotted nine Model Y bodies at the plant’s site. He also spotted two unopened boxes that might have contained more Tesla Model Y bodies. According to the Tesla enthusiast and others observing Giga Berlin, the Model Y bodies will help calibrate the machines in the factory for pre-production.

About a day after the Model Y bodies were spotted, they disappeared from sight. Presumably, they were brought into the building for pre-production operations. This should allow Tesla to test the assembly line and paint shop in Giga Berlin’s Phase 1 facility.

The Model Y bodies hint that Giga Berlin is not too far behind Gigafactory Texas, which plans to start Model Y pre-production tests this month. Giga Berlin seems to have installed most of the machines necessary for test production. The next step would be calibrating the machines and training the employees who will closely work on the local Model Y production line.

Giga Berlin’s main stopgap seems to be its final permit, which has not been approved by Brandenburg’s State Office for the Environment (LfU) yet. However, Tesla remains hopeful that Model Y production in Giga Berlin can still start by year-end.

At the last Tesla earnings call, Elon Musk teased that the Model Ys in Giga Berlin and Giga Texas would be slightly different from the cars made at the Fremont Factory. Tesla aims to produce Model Ys featuring its structural battery pack with 4680 cells and a front-body cast at the new gigafactories.

“We’re also aiming to do a structural pack with 4680 cells, which is a mass reduction and a cost reduction, but we’re not counting on that as the only way to make things work. We have some backup plan with a non-structural pack and 2170s essentially,” Musk explained.

“But at a scale production, we obviously want to be using 4680s and structural pack. From a physics standpoint, this is the best architecture, and from an economic standpoint, it is the lowest-cost way to go, so the lightest, lowest cost,” he said.

Watch the video below to see Giga Berlin’s progress!