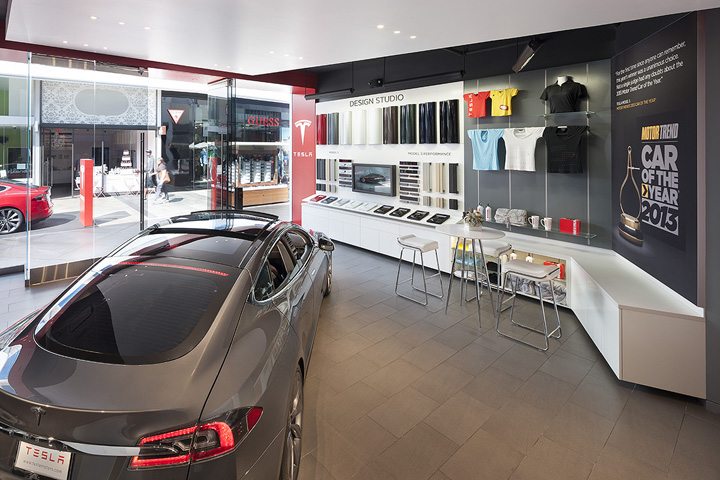 For the third year in a row, a bill has been introduced in the Connecticut legislature that would allow Tesla to sell its electric automobiles directly to customers who live in the state without going through a franchise dealer. At present, Tesla has a service center in Milford and what it calls a “gallery” in a trendy shopping area in Greenwich.

Tesla’s Greenwich showroom has been the subject of legal action by the Connecticut Automotive Retailers Association which wants to beat back any intrusion into the local market. At the moment, the company makes no sales at that location and does not offer test drives. “They are illegally selling cars out of that location in Greenwich,” said Jim Fleming, president of the car retailers’ group.

Tesla has issued a statement in favor of the proposed bill, which is scheduled for consideration by the Transportation Committee. “Consistent with the state’s goals to increase electric vehicle adoption, Tesla plans, if legislation passes, to invest in more education-focused locations that will market the benefits of sustainable technology. Above all, we are excited to invest in the people of Connecticut with brick-and-mortar stores, creating up to 25 jobs per location, injecting millions of dollars into the local economy, and creating additional tax revenue for the state.”

There are about 1,300 Teslas registered in the state of Connecticut at the present time. Most people who want one simply go to neighboring New York or Massachusetts to buy theirs. Of course, that means New York or Massachusetts gets to claim the sales tax revenue when a car is sold there, even if it is immediately driven across state line and re-registered in Connecticut. Those 1,300 Teslas represent 62% of all the electric cars registered in the state.

Jim Fleming angrily denounces Tesla and its direct sales model, claiming that Tesla wants special treatment. “They are hardly a startup,” he tells the Connecticut Post. “They have great political influence. Their CEO, as you know, serves on the new president’s economic council in Washington, D.C. They want to compete with a local car dealer, who is tiny compared to a multinational corporation.”

Senator Carlo Leone, a Democrat from Stamford, and co-chair of the Transportation Committee, says he is undecided about the pending legislation.  “I’m getting it from all sides. I’m not quite there on either, quite frankly.”

Senator Toni Boucher, a Republican from Wilton, is also a co-chair of the Transportation Committee. She says both sides make compelling arguments. “This is a very different business model that threatens to end the status quo.” She says one important consideration is the sales tax revenue Connecticut is losing to its neighboring states. “I know their customers are just going across the state line and buying their cars in New York,” she says.

One member of the committee owns a Tesla, Senator Art Linares, a Republican from Westbrook. He did not respond to a request for comment from the Connecticut Post.