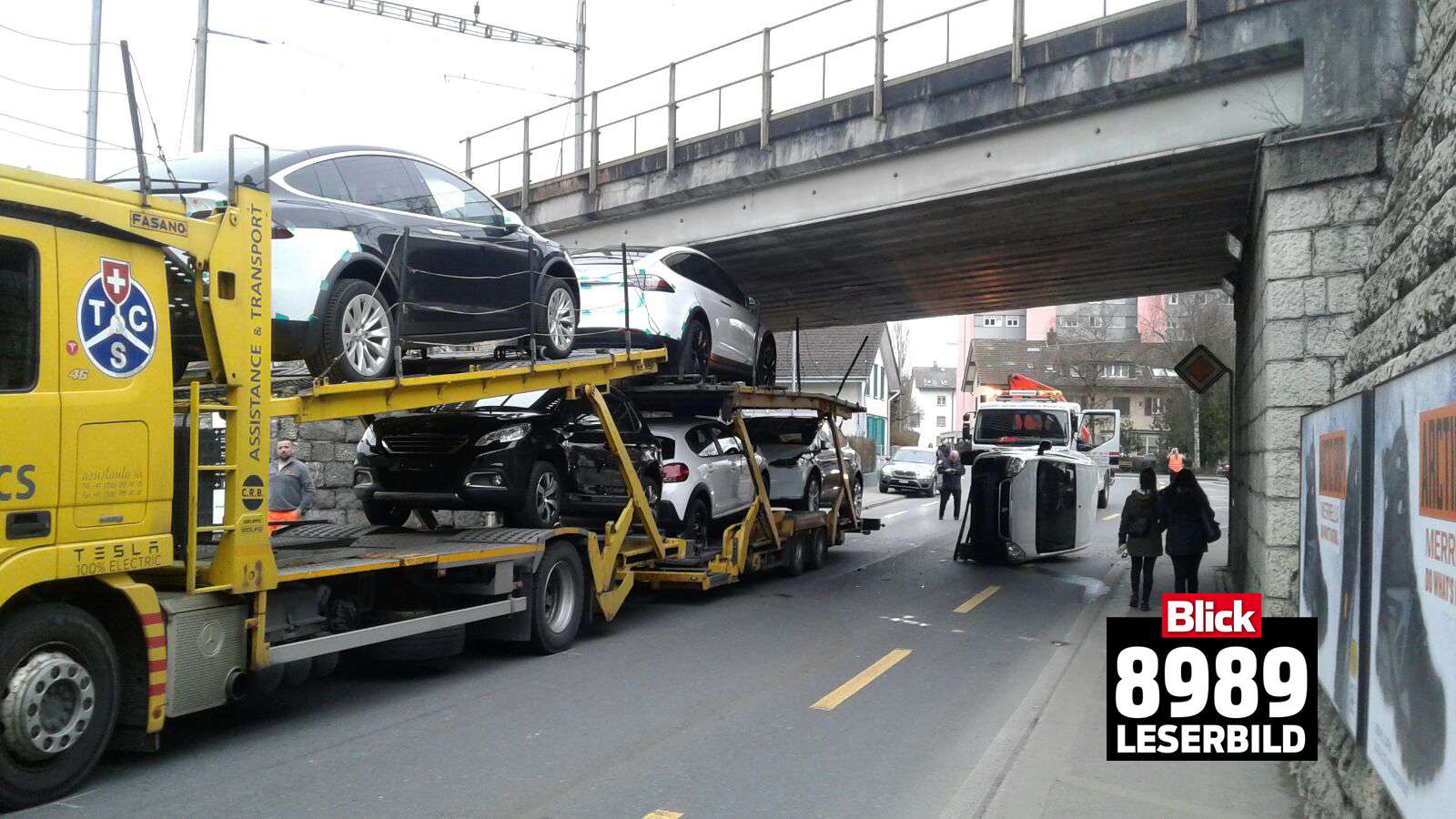 A reader of Teslarati sent us a photo showing a Tesla transport truck, carrying three Model X vehicles through Switzerland, narrowly escaping a panoramic windshield-crushing accident while traveling beneath a railway bridge. A Peugeot van that was also on the transporter did not fare so well after striking the bottom of the bridge and falling off the delivery truck and onto the ground.

The photo was captured by Swiss media outlet Blick showing the aftermath of the accident at the Brüggstrasse pass in Biel. According to local police reports, no one was hurt in the incident.

It’s not clear where the transporter was headed, but based on the direction of travel and the mix of Tesla vehicles onboard with other new cars, one can presume that it was a delivery truck which had just picked up a batch of new Model X from Tesla’s Service Center in Bern, 35 kilometers south, and on its way to deliver the vehicles to their new owners.

Below is a Google street view of the railway bridge which is reported to have a clearance of 13 feet and 4 inches, 2 inches lower than the height of a standard freight trailer.