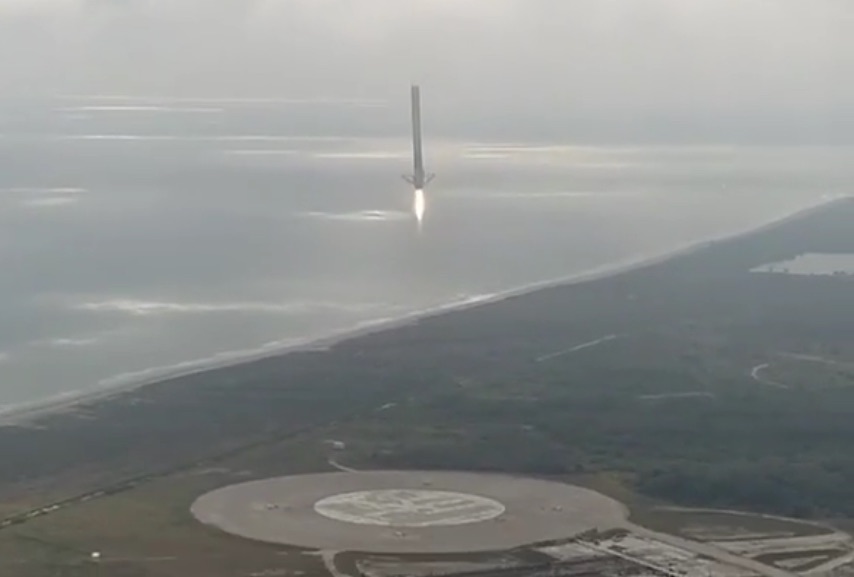 SpaceX’s Falcon 9 rocket completed yet another beautiful touch down on Sunday after taking off on its first-ever commercial launch from historic Apollo-era Launch Pad 39A at the NASA Kennedy Space Center in Florida.

Minutes after SpaceX’s first-stage Falcon 9 booster sent the company’s Dragon capsule on its way to deliver cargo to the International Space Station, the rocket descended through the clouds, deployed its landing legs, and fired its Merlin engines before touching down onto Landing Zone 1, not far from the original launch location. We have a drone video of the rocket landing, released by SpaceX.

Though always entertaining to watch SpaceX’s Falcon 9 rocket land on its own, one can argue that the most compelling part of the video is seeing a well-orchestrated sequence of events that takes place, in rapid succession, right before the rocket lands. In specific, it’s the first time we’re getting a good look at how the Falcon 9 landing legs deploy moments before touching down.

SpaceX CEO Elon Musk posted a close-up view of the rocket’s descent showing the carbon fiber with aluminum honeycomb landing legs extend outward and down around the base of the rocket before coming to a soft landing.