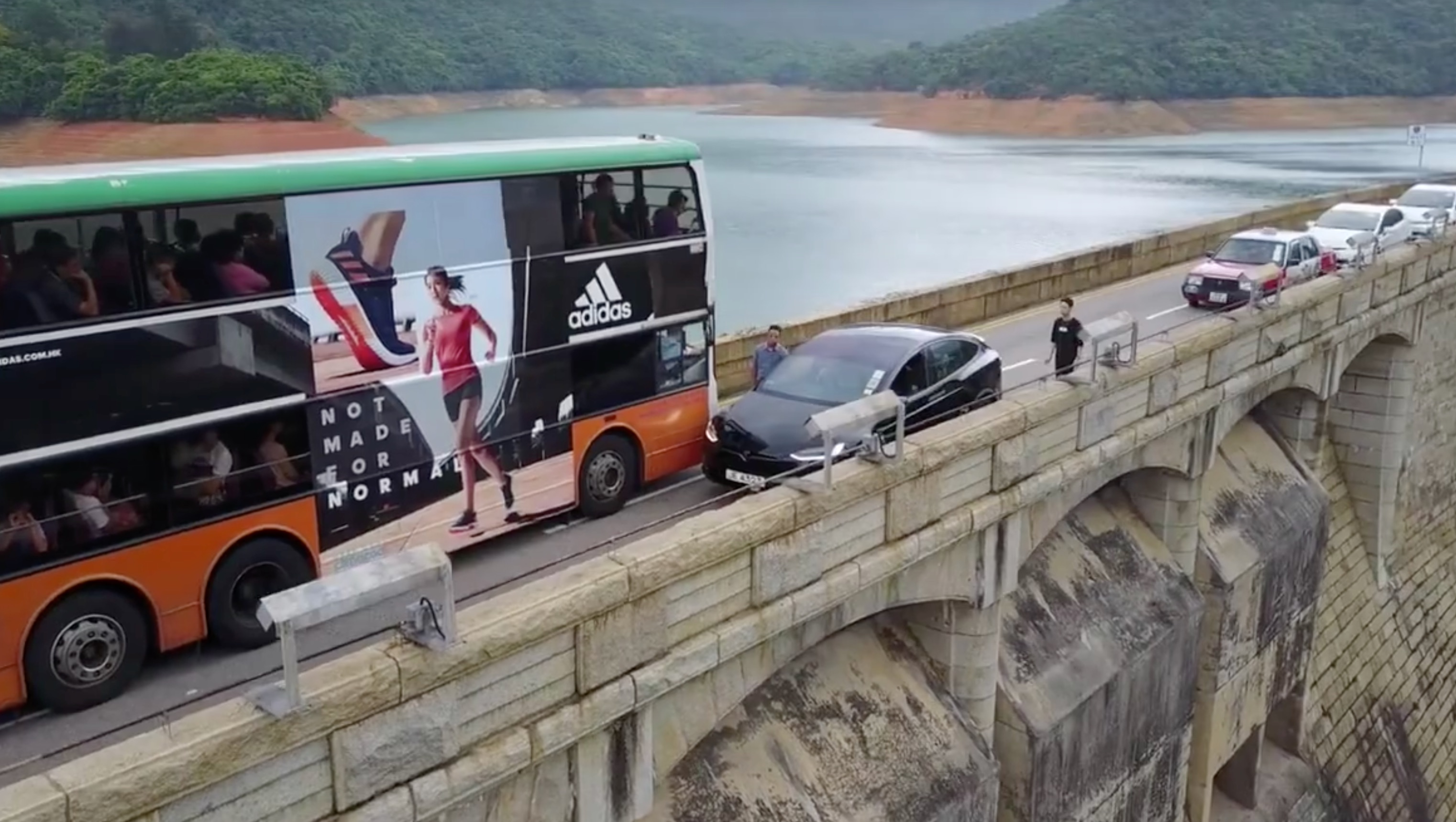 When Racky Wong put his drone in flight above Tai Tam Dam in an attempt to capture the natural scenery around Hong Kong Island’s infamous narrow roadway, he didn’t expect to capture what local media is touting as the “worst driver in the country”.

In question is one Model X driver’s attempt to drive along the dam known by locals as the “ultimate driver’s test” because of its narrow 5 meter width (16′ 5″) across two lanes. Confronted by a large tourist bus in one lane directly ahead, and a line of traffic behind them, the driver was forced to make a heralding decision to either remain stationary or attempt to squeeze between the large bus and the stone retaining wall of the dam.

The driver to the right-hand-drive Model X is seen making a 15-point adjustment, as they attempt to align the vehicle in a straight line before making the pass attempt. Recognizing that the nervous “worst driver” would likely need some assistance, the drivers behind the Tesla are seen exiting their vehicles as they attempt to help guide the Model X driver next to the large bus.

Considering the width of the Model X is 2.27 meters wide (7′ 5″) with mirrors unfolded and the tourist bus is 2.5 meters in width, the driver of Tesla’s high-priced luxury SUV had .12 meter or roughly the height of a soda can on each side to cross.

After carefully positioning the Model X next to the bus and inching forward before clearing the bus, the driver to the electric crossover SUV is seen speeding away, likely with a big sigh of relief.

What would you do in this situation?