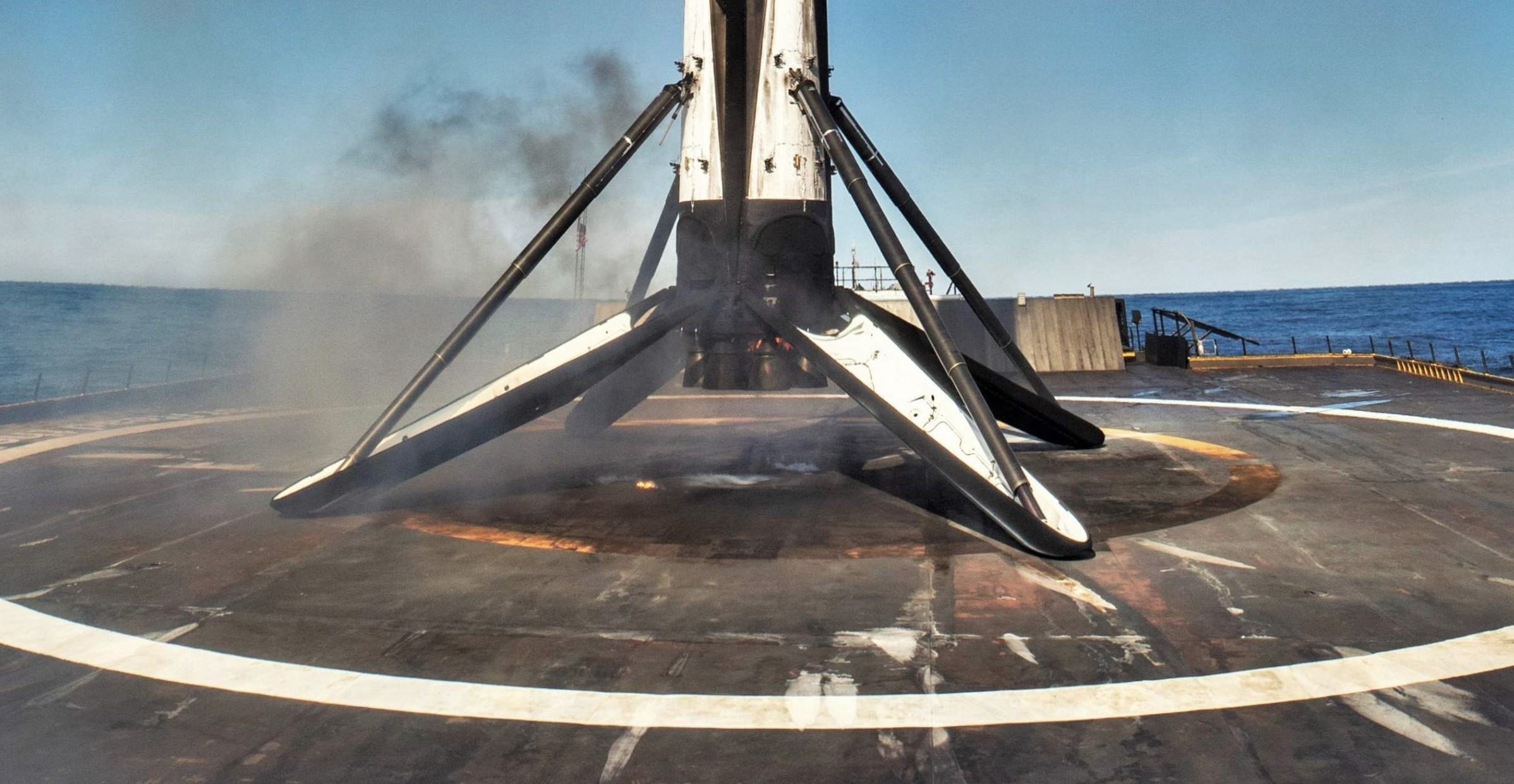 Elon Musk says SpaceX is still building a third drone ship – but is it for Falcon or Starship?

Falcon 9 B1046.3 comes to rest on drone ship Just Read The Instructions (JRTI). Aside from Of Course I Still Love You (OCISLY), Elon Musk says a third drone ship is still being built. (SpaceX)

Unprovoked on October 9th, SpaceX CEO Elon Musk tweeted “A Shortfall of Gravitas” – the name of a third drone ship settled on a year and a half ago – and reaffirmed that plans were still afoot to build a third rocket recovery vessel.

This is the first update on SpaceX’s newest drone ship in more than a year and comes just a few months after drone ship Just Read The Instructions (JRTI) – formerly stationed in California – was sent East through the Panama Canal. News that A Shortfall of Gravitas (ASOG) is still in the works raises the questions: what’s the holdup and what role(s) will the new drone ship play in SpaceX’s rocket recovery fleet?

Back in July 2018 and just shy of half a year after ASOG’s development was revealed, CEO Elon Musk indicated that the drone ship could be completed and ready for recovery operations as early as “next summer”, or Q3 2019. Now two weeks into Q4 2019, this can be interpreted in several ways, with the most likely explanation being that SpaceX’s naval contractor of choice is running behind schedule while building the new drone ship.

That’s the simplest explanation and operates under the assumption that Musk’s February 2018 comments remain true, meaning that ASOG is first and foremost (if not entirely) meant to support dual side booster landings for future Falcon Heavy launches and an increased Falcon 9 flight rate. However, recent developments give reason to believe that this may no longer be the guiding motivation behind SpaceX’s construction of a new drone ship.

Most notably, over the last several months of 2019, it has become increasingly clear that SpaceX plans (or hopes) to shut down its West Coast Vandenberg Air Force Base (VAFB) launch facilities for anywhere from 9 to 18 months. In just the last few days, word broke that Cape Canaveral Air Force Station (CCAFS) believes that it will be able to open an East Coast polar launch corridor (essentially the same thing VAFB offers) just months from now, and SpaceX hopes to be its first user as soon as February 2020.

Possibly along those lines, SpaceX took the step of sending West Coast drone ship JRTI on a several-week journey across the Panama Canal. The drone ship has since stopped in Louisiana for what is assumed to be maintenance and it remains unclear if JRTI will head to Port of Brownsville (Texas) to support Starship test flights or to Port Canaveral to fill the role ASOG was initially meant to.

As such, it’s no longer clear if SpaceX actually has a need for ASOG, at least as it was described last year. If SpaceX is moving JRTI east for the indefinite future, OCISLY and JRTI could easily support the Falcon 9 launch rates needed for Starlink and dual Falcon Heavy side booster recoveries, although Falcon Heavy is not scheduled to fly again until late-2020.

This leaves one obvious option left to explain ASOG’s continued existence and delayed debut: SpaceX may have paused work for a variety of reasons and changed ASOG’s design to account for a new role in the recovery fleet. That new role would likely center around the extremely rapid progress SpaceX is making with Starship as it pursues a series of ambitious flight tests that could begin before the end of 2019.

Of note, an August 2019 Draft Environmental Assessment (EA) of East Coast Starship launches revealed that SpaceX’s initially plans to land all Super Heavy boosters on a drone ship stationed a few miles off the Florida coast. Starship may also require drone ship landings in the early stages, at least until SpaceX is able to complete the environmental review and licensing process needed before it can begin to land Starship/Super Heavy at Pad 39A and Landing Zones 1 and 2.

For now, we’ll have to wait and see where drone ship JRTI heads after its Louisiana interlude and hopefully find out soon whether ASOG is a drone ship copy or something else entirely.

Elon Musk says SpaceX is still building a third drone ship – but is it for Falcon or Starship?